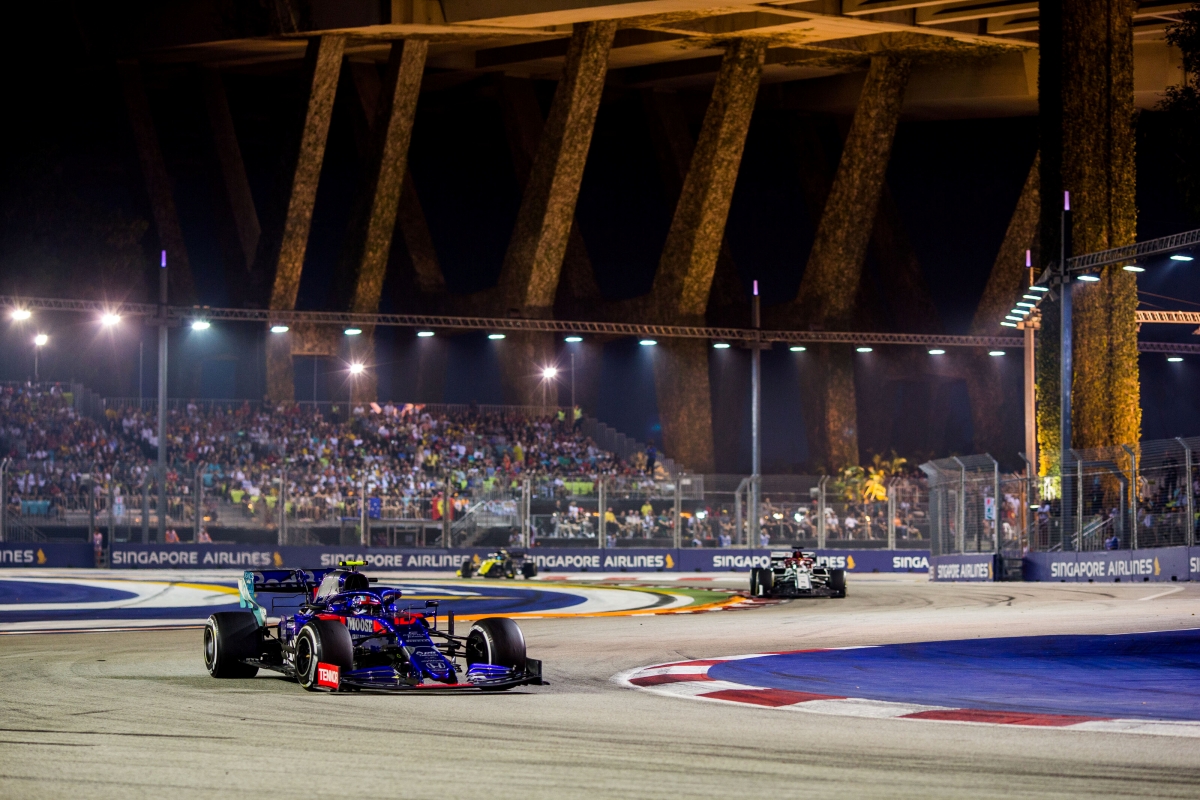 Formula 1 returns to activity after two consecutive weekends without activity, and it does so by kicking off the Asian tour with the return to Singapore. The Marina Bay circuit has not hosted F1 since 2019.

Formula 1 has ended its second break of the season, the latter caused by the suspension of the Russian Grand Prix months ago. Now, the competition restarts to face the last third of the season with six races in two months.

The first of these is the Singapore Grand Prix, which will be held at the Marina Bay circuit after two seasons absent as a result of the pandemic. Once again, the complicated urban layout will put machines and drivers to the test.

In addition, it is the first race in which Max Verstappen has mathematical options to proclaim himself Formula 1 world champion for the second time. The Dutch driver has to win and keep his rivals off the podium under various combinations, so under normal conditions it won’t happen.

Schedules of the Formula 1 Singapore GP

being a night grand prix, the one in Singapore adopts schedules similar to those of the races that are held in Europe, although not exact. All sessions will be held between one and two hours earlier than usual in the Old Continent.

The activity on the track begins on Friday at 12:00 p.m. in mainland Spain, with classification scheduled for the next day at 3:00 p.m. and the race on Sunday starting at 14:00.

In the following table you can see the schedules for Spain and some Latin American cities:

SCHEDULES FOR THE 2022 SINGAPORE GRAND PRIX OF FORMULA 1

This is the circuit: Marina Bay

Marina Bay is one of the most complex tracks on the calendar, but technically speaking, the basis for success is based on stability in braking and traction. It is the circuit with the most curves -a total of 23- and almost all of them are short and closed, generally 90 degree angles. Although there are straights where high speeds are reached, these are in the background.

In general, Marina Bay is a circuit that puts a lot of stress on the tires longitudinally and has the peculiarity of being held at night, so temperatures drop as qualifying and race unfold. This has a certain influence on the set-up of the car and especially on its relationship with the tyres. Free practice 1 and 3 are held with much higher temperatures, complicating things for drivers and engineers when interpreting the data collected in these sessions.

Above all, Marina Bay demands a car that is very stable under braking and with great traction capacity, but also a very self-confident driver between the walls, potholes and tight curves of the circuit. In addition, they must have a great ability to concentrate on such a demanding track and with few moments of rest in a hot and humid environment that puts the physical capacity of the participants to the limit. That is why it is common to see numerous driving errors in the final phase of a race in which gaining positions is difficult without a mistake by the rival.

Regardless of all this, in Motor.es We will tell you everything that happens at the Spa-Francorchamps circuit and the rest of the events of the 2022 Formula 1 World Championship. For this we put at your disposal our live broadcasts, in which we include comments, time tables and results in real time. In addition, we inform you of everything related to current affairs through news, reports and analysis in our section especially dedicated to the category.

Read:  The 5 problems you can have if your car runs out of gas

Regardless of that, this year’s calendar has brought back classic events that were absent during the pandemic. We talk about racing Australia, Canada, Singapore and Japan. The first was already played during the month of April and the second did the same in June. The Asians have had to wait until October to certify their return.

On the other hand, the man from Madrid could reach that point, as Ferrari has improved even more this year and already aspires to important things with Red Bull and Mercedes as main opponents. can Carlos Sainz beat again a very fast Charles Leclerc?

Remember! The Formula 1 Singapore Grand Prix begins this Friday at 12:00 CEST with the dispute of the first free practice.

2022, the deadliest year for the press in Latin America in 20 years