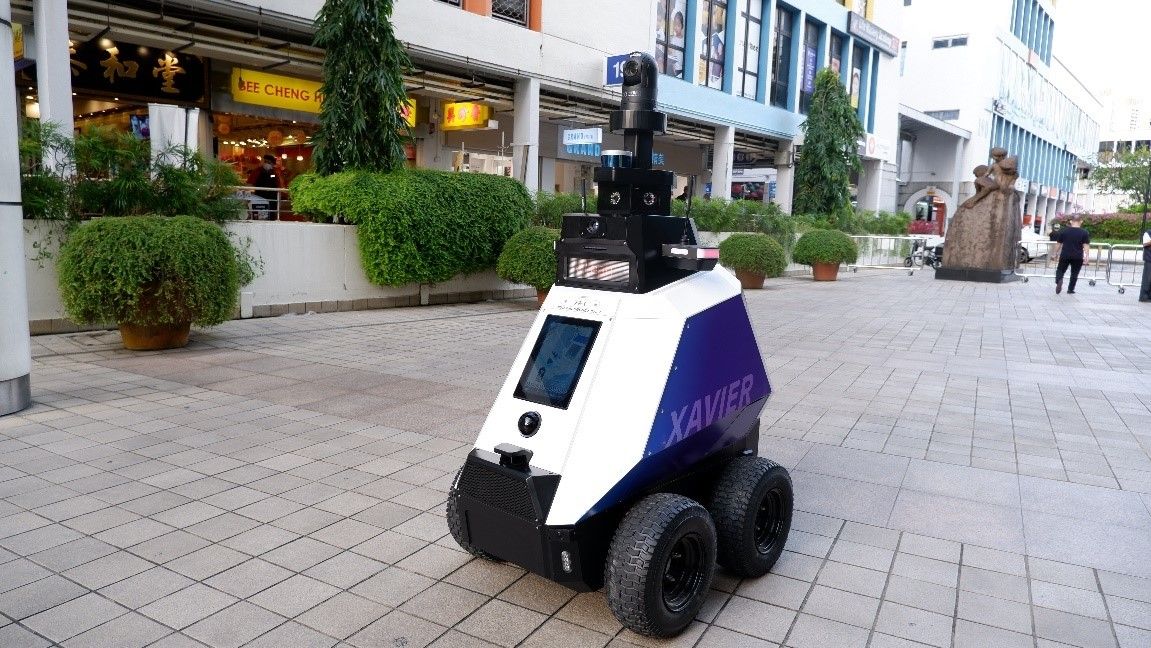 Singapore is known for having strict laws and for having surveillance cameras throughout the city-state. In the future, it will also deploy robots to watch out for rule breakers; in fact singapore has started testing a robot named Xavier, putting a couple of them to work by having them patrol and survey a public area with heavy foot traffic. For the next three weeks, the robots will monitor the crowds of Toa Payoh Central for what microstate authorities describe as “undesirable social behavior.” Those bad behaviors include the “congregation of more than five people”, which goes against their COVID-19 security measures.

In addition, the Xavier robots will search cases of smokers in prohibited areas and illegal street vending. They will patrol the surroundings looking for incorrectly parked bicycles and also for any disabled vehicles or motorcycles that use the sidewalks. If the robot detects any of these behaviors, it will alert its command center and then will display the corresponding message on your screen to educate the public.

The machines are equipped with cameras capable of providing your command center with a 360-degree view. They are also capable of capturing low-light images using infrared and low-light cameras. In addition, the video they capture will be analyzed by an artificial intelligence system to search for anything that may require a response from human officials. To allow the machines to navigate the city autonomously, they are equipped with sensors that give them the ability to avoid both stationary and moving objects, including pedestrians and vehicles.

READ:  Tennis player Corentin Moutet manages to qualify for the 30th final at the expense of tennis player Stefano Travaglia

Singapore has already announced its plans to double the number of its surveillance cameras to 200,000 over the next decade. However, officials believe these robots can help further increase those surveillance measures and reduce the need for officers to conduct physical patrols.