Bullfrag
Home Entertainment ‘Sing 2!’ presents the trailer with which he wants to become... 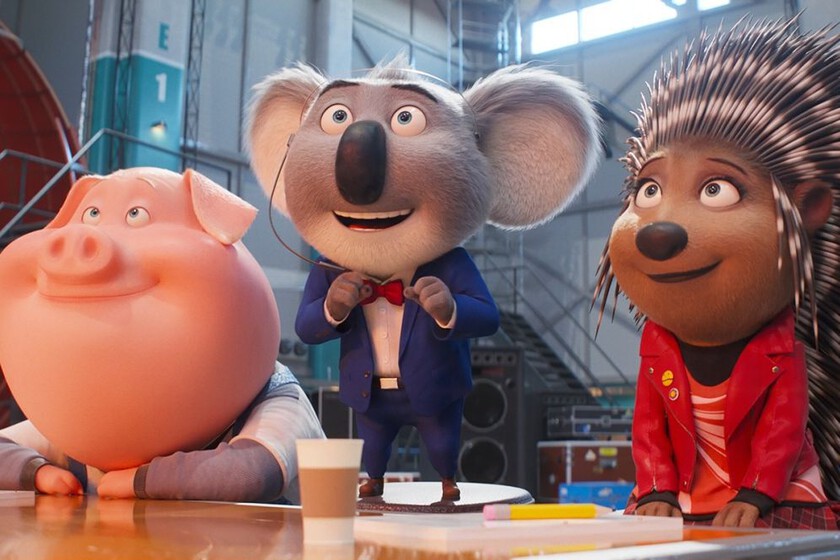 After grossing more than $ 630 million at the box office, the sequel to ‘Sing!’ (‘Sing’) was inevitable. Here you have the new and striking trailer of this second installment that Illumination Entertainment and Universal Pictures have released. The release date is next December 22th.

The director and co-writer of the first part, Garth jennings (‘Hitchhiker’s Guide to the Galaxy’), repeats in command of this sequel, guaranteeing that we will find family entertainment similar to the 2016 hit. In the press release, Universal states that ‘Sing 2!’ (‘Sing 2’) will be “the christmas movie event“. We’ll see, the new installments of ‘Matrix’ and ‘Spider-Man’ will also be out there … and on the other hand, the happy virus is not going away and could continue to affect movie theaters.

Finally, I leave you one thing that has caught my attention, the official synopsis from ‘Sing 2!’ Hands down, one of the longest I’ve ever seen (that’s what she said!). Here it goes:

The new chapter in Illumination’s hit animation franchise * arrives this coming holiday season with big dreams and catchy and spectacular themes as the ever-optimistic koala Buster Moon and his all-star cast of animal performers prepare to release their most fabulous and brilliant performance yet. the date … in the entertainment capital of the world. There is only one catch: first they must persuade the loneliest and biggest rock star – played by Bono in the VO, who makes his animated film debut – to join them.

Read:  Tyler Hoechlin wants to continue as Superman for many more years

Buster and his singers have managed to make the New Moon Theater the local hot spot, but the clever koala wants something more: to premiere an innovative show at the Crystal Tower Theater in glamorous Redshore City.

But without contacts in the world of entertainment, Buster and his artists, the overwhelmed mother pig Rosita, the rock porcupine Ash, the honest gorilla Johnny, the shy elephant Meena and, of course, the ineffable pig provocateur Gunter, will have to sneak into the offices of the world famous Crystal Entertainment company, run by a ruthless tycoon, the wolf Jimmy Crystal.

Desperate to get Mr. Crystal to notice them, Gunter comes up with a quirky idea that Buster immediately supports: claiming that the new show’s casting head is legendary rock lion Clay Calloway. The next problem is solving the fact that Buster does not know Clay at all and that he has been missing since his wife died more than ten years ago. And to make matters a little worse, Buster hasn’t realized that Mr. Crystal is a self-centered gangster who would rather shoot someone from the 10th floor than be lied to.

Gunter tries his best to help Buster dream of a theatrical masterpiece never seen before in this world, but the pressure and sinister threats from Mr. Crystal mount. Rosita loses the title role in the show to be replaced by Porsha, Mr. Crystal’s spoiled daughter. In a desperate attempt to save the show, Buster sets off in search of Clay to try to convince him to return to the stage.

What began as a dream of success for Buster soon became proof that music has the power to heal the most broken heart.

SING 2! is written and directed by acclaimed filmmaker Garth Jennings. The film is produced by Chris Meledandri, Illumination’s visionary founder and CEO, and Janet Healy. The film offers a mix of classic rock and catchy pop, electrifying performances and amazing artists with the usual humor and heart of Illumination making it the big event this Christmas (!!!). 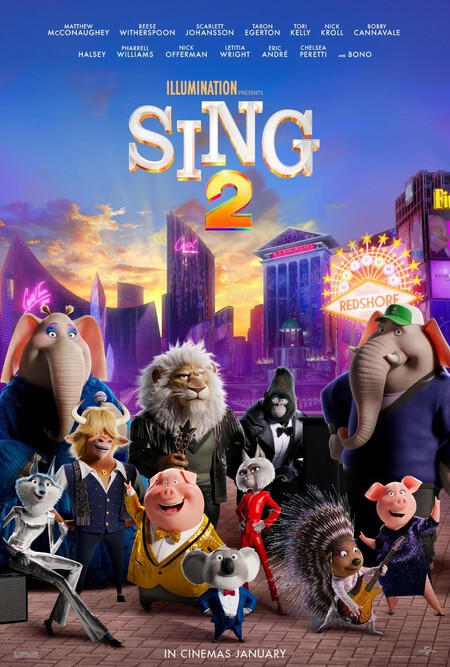