Sims 4 Werewolves: The developers showed us the new pack and this is all you need to know! 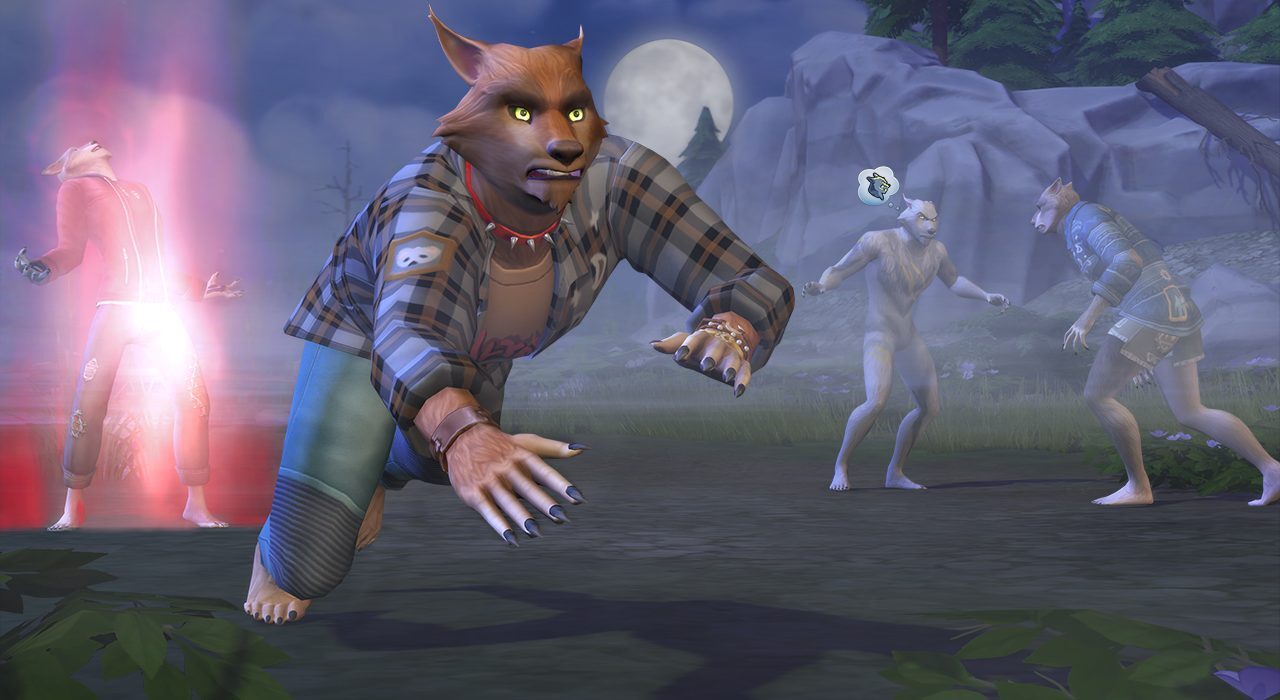 Share
Facebook Twitter LinkedIn Pinterest Email
Index hide
1 Sims 4 Werewolves arrives on June 16 and the developers gave us a tour of everything new in the pack. We tell you everything!
1.1 Ooooooo!
1.2 Moonwood Mill and its inhabitants…
1.3 But back to the furros…
1.4 living in a pack
1.5 Interactions with other packs
2 Share it with whoever you want
3 Related Posts

Sims 4 Werewolves arrives on June 16 and the developers gave us a tour of everything new in the pack. We tell you everything!

sims 4 Werewolves is the new game pack which will be added to the Sims collection on June 16. Now the simmers will be able to have a Sims Werewolf. We attended a digital preview of the game and we want to tell you what other news the pack has. The producer of the pack, Simguru Morgan She was in charge of guiding us together with the team behind Lycanthropes through the secrets of the pack.

Werewolves are anthropomorphic beings that look a bit like something out of a furry fantasy. Ironically, they are closest to the first werewolves of sims1, that they were a furry version of our sims, that of the rest of the versions of the saga.

You can become a werewolf in different ways. The most common is befriending a wolf and asking for a bite. There will also be werewolves that bite without being asked. You can also be a werewolf by birth and have the “sleeping” gene to wake it up by doing -in the words of the developers who did not want to spoil- “certain things”. Or being a hereditary werewolf and transforming once past adolescence.

Werewolf skins are 100% customizable –we’ll come for you, pink haired werewolf, we promise-. His cub form and his human form may be ‘linked’ each other, making the traits of one impact those of another, or be completely independent. You can use stamps and stencils to add personality to the coat. And of course, you will have many pre-designed bases for those who do not want to spend too much time on the CAS. The system is similar to how animal fur works, but we can even adjust the tone of voice of our Sims.

Moonwood Mill and its inhabitants…

The moonlight shines on Moonwood Mill, the new world that we can explore in Sims 4: Werewolves. This town, once an industrial district, is completely taken over by two packs of werewolves. The lake shimmers with a brilliant light under the full moon. On the hill, we can visit the underground, a “burrow” type place that houses many secrets of the town and the lycanthropic history.

The new world houses five batches co-created with TheSimsSupply, a member of the gaming community. The phases of the moon -which are now added not only to the expansion, but also to the base game-, will make one or another collectible in the world as there are many new items to discover, and will have a special effect on our wolves. .

In Moodwood Mill there is a lot of tradition and secrets, a good part of the gameplay of this pack is based on discovering the stories of all the inhabitants and how the world became what it is.

But back to the furros…

The werewolf system works in two ways: temperaments and abilities. Each wolf behavior you have will make you acquire a particular temperament, which combined with the others you acquire, will form your own “philosophy” about lycanthropy.

A werewolf’s temperament affects the way his “rage bar” fills. This bar is similar to the power of wizards, only the consequence of filling it is a forced transformation. The forced transformation will send your sim into a frenzy causing him to behave in destructive ways: he will break furniture and even eat it. He will eventually calm down and return to his human form.

Wolf interactions fill your experience bar which, like the Vampire or Wizard system, will allow you to acquire new skills. Some abilities are active and you will choose when to activate them (The ability to tunnel to transport or mark territory by peeing, for example) and others are passive that will be acquired with specific events in the game. One of the more interesting passive abilities is the one that allows you to control your transformation.

living in a pack

Each wolf can choose whether to be solitary or part of a community. In Moonwood Mill there are two packs of wolves that will open their doors for you. On the one hand, the Moonwood Collective, live peacefully and in harmony with traditions. On the other, the wild fangs, they proclaim rebellion and self-acceptance. You will meet the “Alpha” of each of the packs and, after completing certain missions, you will be able to join them.

But packs have their strict rules. Each requires members to live by their traditions, and disobeying them can lead to complications ranging from bad relationships, challenges, or even expulsion. Within the pack you will be able to climb until you become the alpha, depending on how you lead your life according to its precepts. You will not be able to found new packs.

The social interaction of the pack and the NPCs are some of the richest aspects of the pack. Sometimes you will have, with another werewolf, a feeling of “Destined Mate” that can only appear with another lycanthrope. When a lycan feels that he is meant to be with another, he will feel tense about having romantic interactions with any other Sims. Romance won’t decay over time if you don’t nurture it, and in turn, romantic interactions will make the bar rise faster. And since werewolves can unlock an ability that makes them immortal…it’s literally love for life. Ooooo, I say Awwww.

Interactions with other packs

The tour of the presentation did not cover the various ways in which werewolves will interact with wizards and vampires. What we do know is that this pack seeks to expand the lore of the Hidden Sims added to date and that yes, there will be special interactions with these two types of Sims.

So if what you were thinking was to recreate the history of Twilight Good news!… Although you should be letting go a little bit, Twilight premiered 14 years ago.

Sims 4: Werewolves It will be available for PC, Mac, PlayStation and Xbox on June 16. It can already be pre-purchased and in Argentina its value is $2099 + Taxes.

Racist and homophobic bot, a mistake that showed the limits of AI