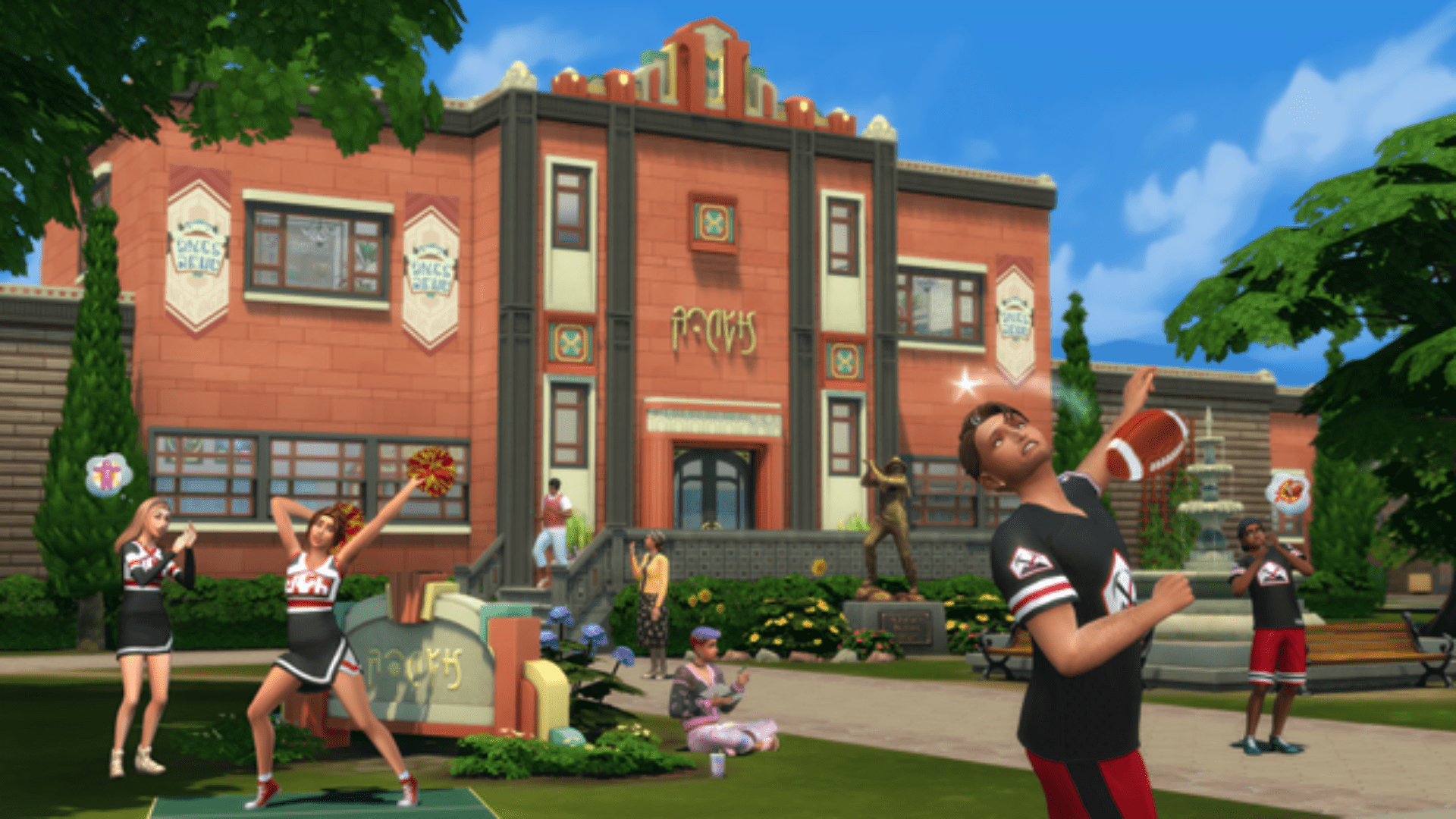 Index hide
1 Sims 4 takes you back to adolescence, with classes, extracurricular activities and proms, we tell you everything in this note!
2 Share it with whoever you want
3 Related Posts

Sims 4 takes you back to adolescence, with classes, extracurricular activities and proms, we tell you everything in this note!

while the community simmer I was busy trying to woof with Greg – degenerate furry- In Sims 4 Werewolves, the team of The Sims Studios decided that it was a good time to announce, with a bang, the new expansion of the game. We do not know if this has to do with the fact that, in the last two weeks, various “leaks” where the theme of high school was suggested as the next content to be developed in the most famous life simulator in the world.

As high school students, our sims Teenagers will have many more game options that will allow them to investigate their identities and self-knowledge as they grow. They’ll learn to balance school with extracurricular skills, and they’ll even get to attend the famous prom. They will be able to attend classes and participate in extracurricular activities in the new world of copperdale, that has romantic, fun and fashionable places.

Another thing that is added is the possibility of developing your own fashion style, with the new application “Trendy”. The clothing in this pack is designed in collaboration with the brand Of pop and five designers who sell their products through that app. Through this new feature, players will be able to access exclusive outfits. If your sims have what it takes, maybe they can be simsfluencers. We don’t know if this system is preserved when the sim becomes a young adult.

Read:  One of the Naughty Dog cheerleaders shares a photo that generates speculation

According to what the official Sims website confirms, adolescence has to do with physical changes: your teenage sims will start to grow hair… this system will also be available in the base game. It is also rumored -by one of the sims that appears in the trailer- that acne could be included in the game system, but at the moment it is just speculation.

The Sims 4 Years High School Expansion Pack will be available on July 28 for PC and Mac via Origin and Steam, PlayStation5, PlayStation 4, Xbox Series X|S and Xbox One.