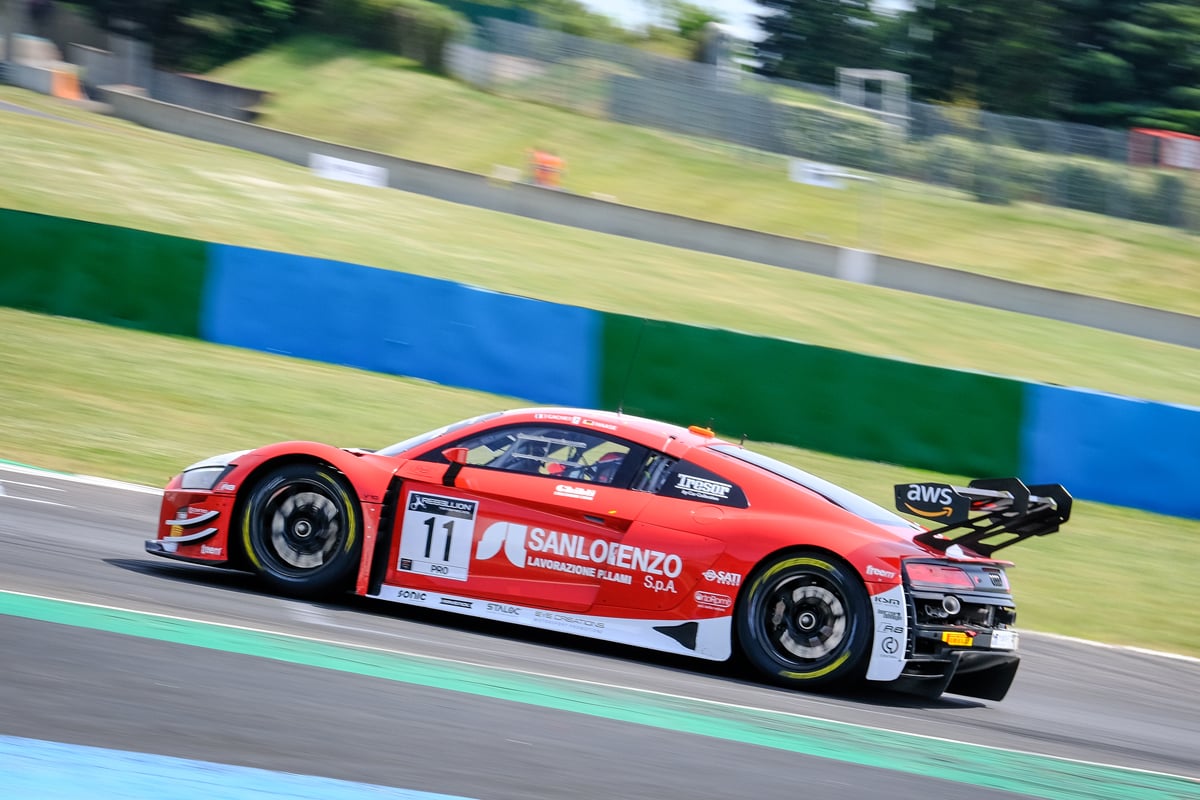 Simon Gachet has conquered the pole of the first race of the weekend of the Sprint Cup in Magny-Cours. The French driver of the Car Collection team has placed the Audi #11 in first place after signing a lap of 1:36.322, also leading the triplet of the firm from Ingolstadt on the grid. Charles Weerts with the #32 Audi of the WRT Team and Gilles Magnus with the #26 Audi of the Saintéloc Racing team have been in charge of completing this triplet. The #89 Mercedes of the leaders will start in sixth position.

Unlike Brands Hatch, the Sprint Cup has a more traditional Magny-Cours format with one qualifying session per day, just before each of the races. A scenario in which Simon Gachet He was the great protagonist of the first classification after setting the best time with the #11 Audi from Car Collection. The Frenchman stopped the clock in 1:36.322 and beat Charles Weerts by almost two tenths. For his part, Gilles Magnus has placed the Audi #26 in third position to close the triple signature of the rings.

As it happened in Brands Hatch, the Ferrari #53 has been cast among the best, although without achieving the pole that he conquered in British lands. With everything, Pierre-Alexandre Jean has placed the AF Corse GT3 in fourth positionthus also achieving pole position in the Silver Cup after narrowly beating Thomas Drouet, driver of the Akkodis-ASP #87 Mercedes. Just behind was the leader Timur Boguslavskiy in a not entirely brilliant session of the Russian driver of the #89 Mercedes, even if he finished three tenths off the poleman.

In a ranking where the pole within the Pro-Am category has been for Miguel Ramos with the McLaren #188 of the Garage 59 team, the seams of one of the great claims of the championship have been seen. Valentino Rossi crashed into the barriers with the #46 Audi at the ‘Grande Courbe’, causing a red flag that extended for several minutes. Although the former MotoGP rider managed to get out of the car by his own feet, the italian and his car partner have work ahead of them.

In fact, Valentino Rossi and Frédéric Vervisch will start in 22nd placeonly ahead of Ferrari #51 and Lamborghini #18 in which Spaniard Isaac Tutumlu competes. The Novamarine GSM team project does not finish taking off and the Austrian Gerhard Tweraser has not found the point to the only GT3 of the company from Sant’Agata Bolognese present on the grid of the Sprint Cup. In fact, Tweraser has finished 3.4 seconds from the head already more than a second Louis Michael’s Ferrari.