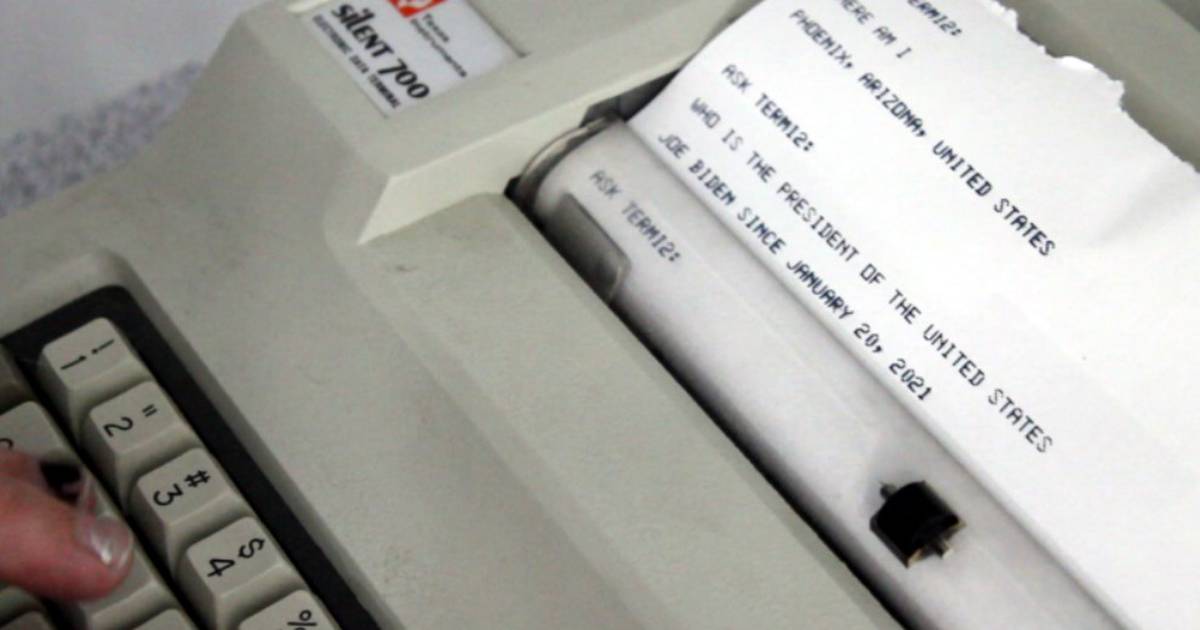 The silent 700 Texas Instruments looks like any other typewriter, but it could actually be the closest thing to an intelligent assistant like Siri in the 70sas manufacturer Cameron Coward reveals.

As outlined in the report published on the website of gizmodothis unique device could be used for two things: it was a much quieter typewriter than its predecessors, all thanks to the use of a dot-matrix printhead that used a heating element and thermal paper to write on instead of soaked ribbons from ink.

Its second purpose was as a way to connect to and use computers remotely via a built-in modem and acoustic coupler.

The Silent 700 came at a time when the idea of ​​every human having their own computer at home was laughed at, but this typewriter surprised by being an early version of “the cloud”.

The capacity of the machine typing to send and receive messages and commands over the phone is what maker Cameron Coward used to turn the Silent 700 into a retro smart assistant or simply a question and answer typewriter.

The new and improved version of this smart typewriter boots up in seconds and can answer questions without the need for commands or special phrasesjust like today’s modern smart assistants like Siri, Alexa, and more.

Cameron used a cheaper and more streamlined ESP32 module, which communicates with the Wolfram Alpha via Wi-Fi, but interfaces with the Silent 700 typewriter via its serial port. The result is a question and answer typewriter that would have helped our grandparents a lot.

Read:  Lemon chicken tears, the recipe for children that excites the elderly