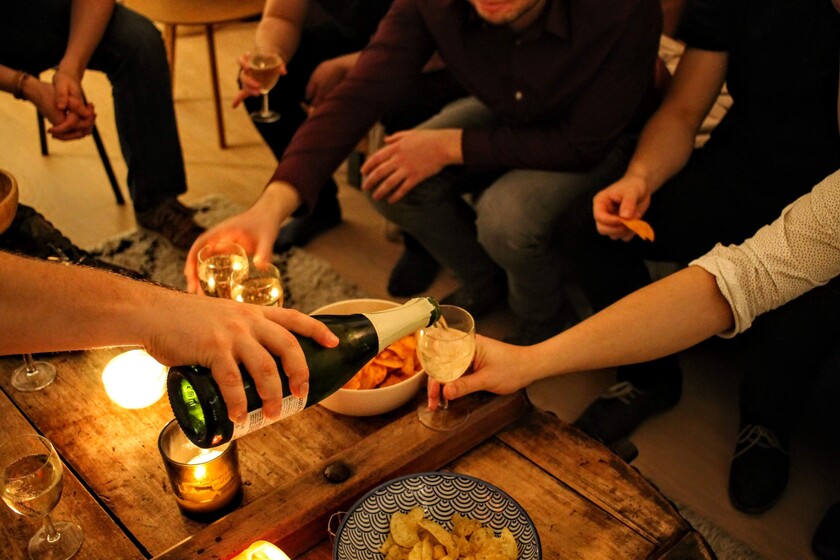 Nine decades ago Prohibition kept the United States in suspense for 13 years. Every last drop of alcohol disappeared from the streets (beyond the illegal traffic). When it ended in 1933, not only had alcoholism levels not dropped, but there was an increase in the demand for beverages that thwarted all government efforts. History repeats itself. Not because of a law or a political change, but because of the brutal shortages that the pandemic has led us to.

It is not that there is no alcohol, it is that there are no bottles to put it in. An unusual Christmas is coming.

Scarcity everywhere. For months, distributors have feared the worst: they have been registering a lack of stock of well-known brands: Absolut, Beefeater, Jameson or Seagram’s. Sparkling wines are also scarce. Neither wine nor champagne. The four brands mentioned are usually imported from the UK, so the most logical premise would be to think that this is all due to Brexit and the disaster of border shipments, the lack of trucks and bureaucratic problems. But no, the problem goes further.

The wineries are having difficulties in bottling the wine because they are beginning to lack this material. More specifically: glass, corks and labels. Cardboard is 30% more expensive and there are also supply problems for the aluminum capsules that cover the bottles. “There are grapes, what there is not is glass for the bottles,” explained the Spanish Wine Federation (FEV).

Why? Virtually all the mess has its origin in the pandemic that hit the entire world more than a year ago. During its course, the factories lowered their level of production, when they did not stop it completely. People could not leave their homes, bars were closed, the nightlife of clubs and gambling dens ceased to exist. And now, with the return to “normality”, the demand has skyrocketed. And what is worse: there has been no forecast that this could happen.

“Starting an industrial plant requires time, no matter how much we want the bottles, they cannot make them,” explained Víctor Manuel Aragonés, from Reyes Grupo, in this El Español report. Many of these packages are made in China. And they are using them for their own consumption. Result: there is not for the West. But it is not only from China that obstacles come. Container shipping has become 350% more expensive. And there are already Caribbean companies (exporters of rum) that are preferring to charter a plane to pay for a ship.

Read:  Pelé publishes a video at the hospital; he says he's a little better every day

We wanted a party and a normal Christmas. And of course, the situation worsens more if you take into account that in two months the Christmas parties begin. To make matters worse, one of the sectors that have taken the longest to recover their activity has been nightlife and now it cannot even supply all the customers who crowd its bars wanting to go out. And it is that, a few months ago, with the discos and pubs closed tight, many night businessmen had to empty their cellars so that their drinks did not expire and throw them away without obtaining benefit from them.

With the market completely stopped, why would they continue to bottle drinks that nobody was going to consume? In addition, some factories were converted at that time to produce and sell hydroalcoholic gel. Many are still in this business in parallel with that of alcoholic beverages, with a lower production of these. When the stores have reopened, there has been a peak in demand that is difficult to assume.

So does Brexit also play a role or not? Many of the gins and whiskeys most famous ones that are consumed in Spain come directly from the United Kingdom. Martin Miller’s Westbourne, Tanqueray, Bombay or Hendrick’s are just some of the brands that produce in the British country. And yes, Brexit is also wreaking havoc on all fronts, its exports to European countries like ours being affected. Not only because of tariffs, but also because of the truckers’ crisis that the country is suffering and that has led to a storm of supply problems at gas stations due to a lack of qualified professionals to carry the merchandise.

How long can this last? Without date. The situation, although not new, is delicate. When the United Kingdom opened, they also ran out of beer reserves, although this time due to high demand, not because there was a lack of products. The experts in the guild dare not give a date. But it doesn’t seem like it’s going to be anytime soon. February glimpse some. For the New Year, the most optimistic anticipate. And meanwhile, the desolate restoration. They have been wanting to sell the product again for two years and now there is no product.