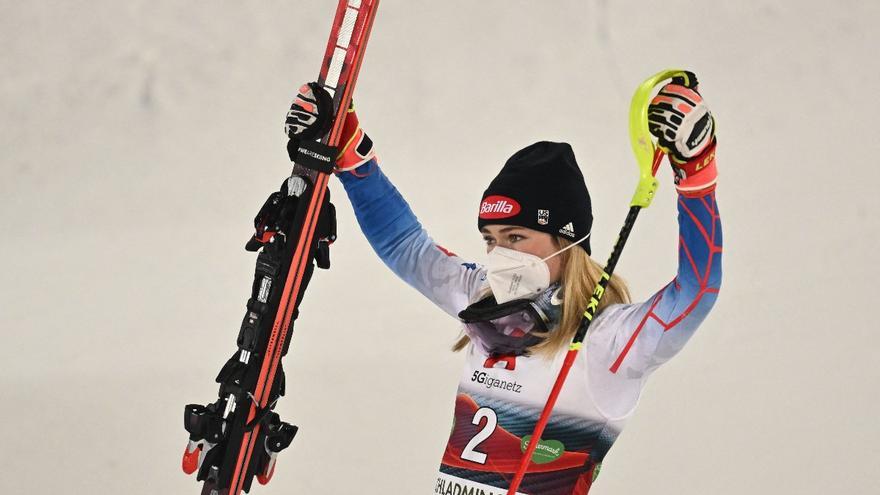 The american Mikaela Shiffrin, triple winner and current leader of the general of the Alpine Skiing World Cup, won this Tuesday the night slalom of that competition held in Schladming (Austria), in which the Slovak Petra Vlhova, last winner of the great Crystal Ball , mathematically secured the World Cup of the discipline, in the absence of two tests.

Shiffrin, 26, signed her seventy-third victory in the World Cup – the forty-seventh in a slalom – by winning a test that women contested for the first time in the history of this competition, on the Planai, track where they usually only men did it.

Mikaela, fifth after the first round, she won with a global time of one minute, 32 seconds and 66 hundredths, fifteen less than the Slovak, of the same age, who secured her second Slalom Crystal Globe after the one she captured two seasons ago .

The german Lena Durr she finished the test in third position, 93 hundredths behind the super-champion from Vail (Colorado).