By EzraSeptember 28, 2022No Comments5 Mins Read 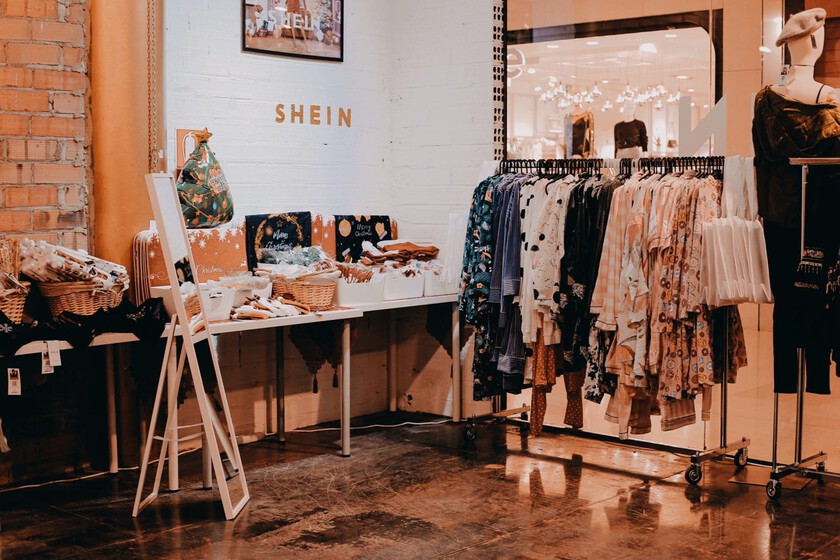 Shein is already the world’s largest fashion retailer. Its value, catapulted in recent years, is 100,000 million. This makes it bigger than Zara and H&M, the world’s top two clothing retailers, combined. Its mobile app has more downloads than Amazon and has endeared itself to Gen Z for its unbelievably low prices, trendy styles, and endless selection of clothing and accessories. One of her hallmarks is that does not have a network of physical establishmentsalthough occasionally it opens ephemeral stores.

That is why in countries like Mexico illegal physical stores have already begun to emerge, without a license, that make gold selling Shein clothes.

A catapulted success. But before starting to talk about the phenomenon in Mexico, you have to understand why the company has gotten to where it is and is so successful worldwide. The pandemic was a trigger for Shein, which tripled sales, becoming the world’s largest web-only fashion brand last year. Social networks, celebrities and influencers have been crucial From the beginning. That is why they focus on young people under the age of 25, whom offers low prices and designs that renew at breakneck speed.

The company succeeds with a try-and-repeat strategy. That is, it adds a large selection of items but in small quantities to your apps and only increases the production of what is successful. With this “ultra-fast” model, the firm reduces risks. And of course, it should be mentioned that they have taken advantage of tax loopholes to keep those prices low. Despite producing in China, it does not sell there, which exempts it from VAT and pays lower taxes. In addition, it does not incur import tariffs.

What is happening in Mexico? In many low-income areas, some entrepreneurs are capitalizing on Shein’s fame, even though the company has no official brick-and-mortar stores. They have basically built a network of illegal shops dedicated to buying, storing and selling Shein products in bulk. Its operation is simple: they act as intermediaries, accumulating customers to generate sufficiently large discounts through wholesale orders. It is estimated that these stores make up to 60% profit.

Why? They mainly take advantage of the lack of trust in digital businesses and the low rates of connectivity in much of the country. In this Rest of World report, four customers explained that when they have to deal with problems with a purchase, they all prefer to deal with a human instead of a apps mobile. In addition, it is worth remembering that Mexico has 75% Internet access, but they only represent about 9% of retail purchases. The main reason why Mexican users hesitate to buy on-line It is for fear of being scammed.

Read:  The electrocardiogram app on the Apple Watch is now available in Mexico

How does it work? First of all, they inform their customers through practical guides on how to order. Thus, they select any item in the apps or the Shein website, they send the link through WhatsApp and make a 50% advance payment. Afterwards, they wait between 15 to 21 days for the order to arrive. As I commented on the same article, there are no shipping costs and collections are exclusively in the “store”. Although they offer the same prices that users can find in the apps official, if they put together a lot of shipments with a discount of 40, 50 or 60%, they end up making brutal profits.

What does Shein say? Although the company rarely sets up pop-up stores, the so-called pop up stores, throughout the world as a marketing strategy, Mexico is one of the few countries in the world where these “ephemeral” stores have made repeated appearances in the last two years, which demonstrates the fame that the brand has earned in the country. And of course, they don’t want to lose that fidelity.

Following the appearance of these underground shops, Shein responded as follows: “We recommend that consumers carefully identify the authenticity and assess the transaction risks when purchasing products with the Shein logo outside official channels. To protect the rights of sale and the customers’ experience, we recommend that they purchase our products from Shein’s official channels.”

The dark side of the company. Although algorithms can be used to determine trends (something the company has done since the beginning), Shein has also been accused of plagiarism multiple times with major brands and independent designers claiming the retailer has copied her designs. Brands like Levi Strauss, Dr Martens and Ralph Lauren have taken legal action.

Separately, Public Eye conducted an investigation into Shein’s supply chain, including factory visits and worker interviews, and found that some worked 75 hours a week and some facilities had clear health and safety violations. Shein also hides some of the adverse impact the fast fashion industry has on the environment. Although the company has not commented on its carbon footprint, the sector is often blamed for its heavy reliance on petroleum-derived petrochemicals.