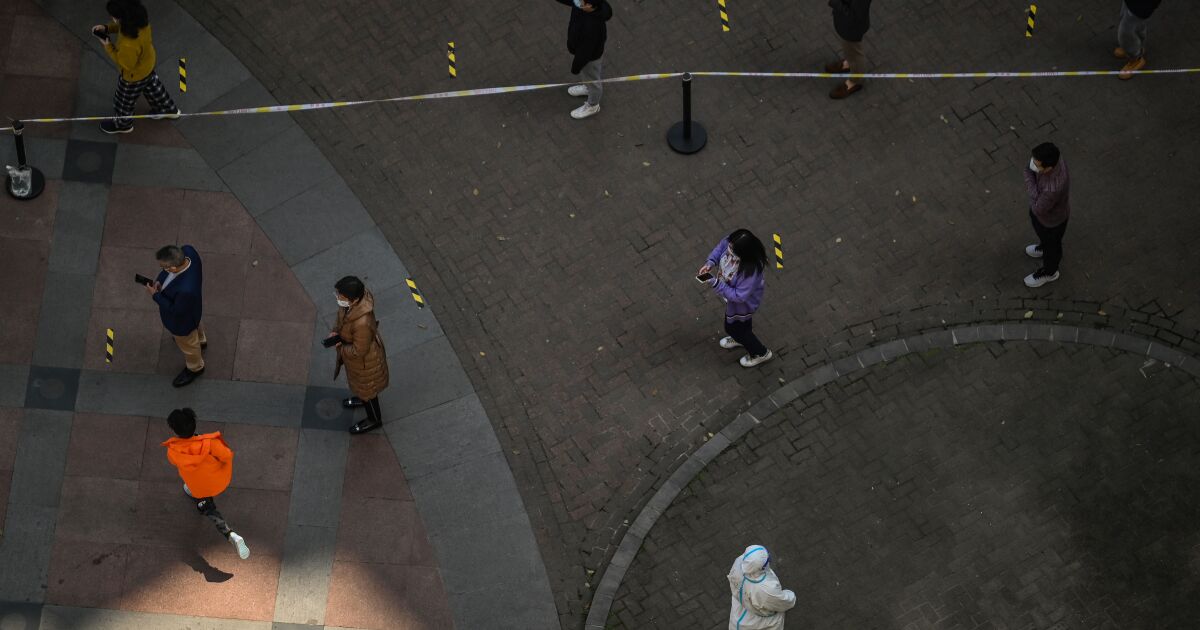 This device has caused anxiety and stupor among the families of the metropolis.

“If the child is less than seven years old, these children will be treated at a public health center,” said Wu Qianyu, a municipal health services official.

“For older children or adolescents … we are mainly isolating them in centralized (quarantine) places,” he added.

The official explained that “if one of the parents is infected, he will be able to accompany the child and take care of him” in a special place “where they will be treated.”

“Do parents now have to ‘meet the conditions’ (be infected) to accompany their children? It’s absurd! It’s an elementary right,” said a user on the Weibo social network.

Meanwhile, discontent is growing in Shanghai over the authorities’ inability to curb the growing number of infections.

The Ministry of Health announced on Monday more than 9,000 new cases in the city, 95% of them asymptomatic.

After several weeks of specific closures of residential compounds, Shanghai in recent days decreed strict confinements of the eastern, and then western, part of the city.

This confinement was supposed to end on Tuesday, but it will be prolonged due to the incessant increase in cases.