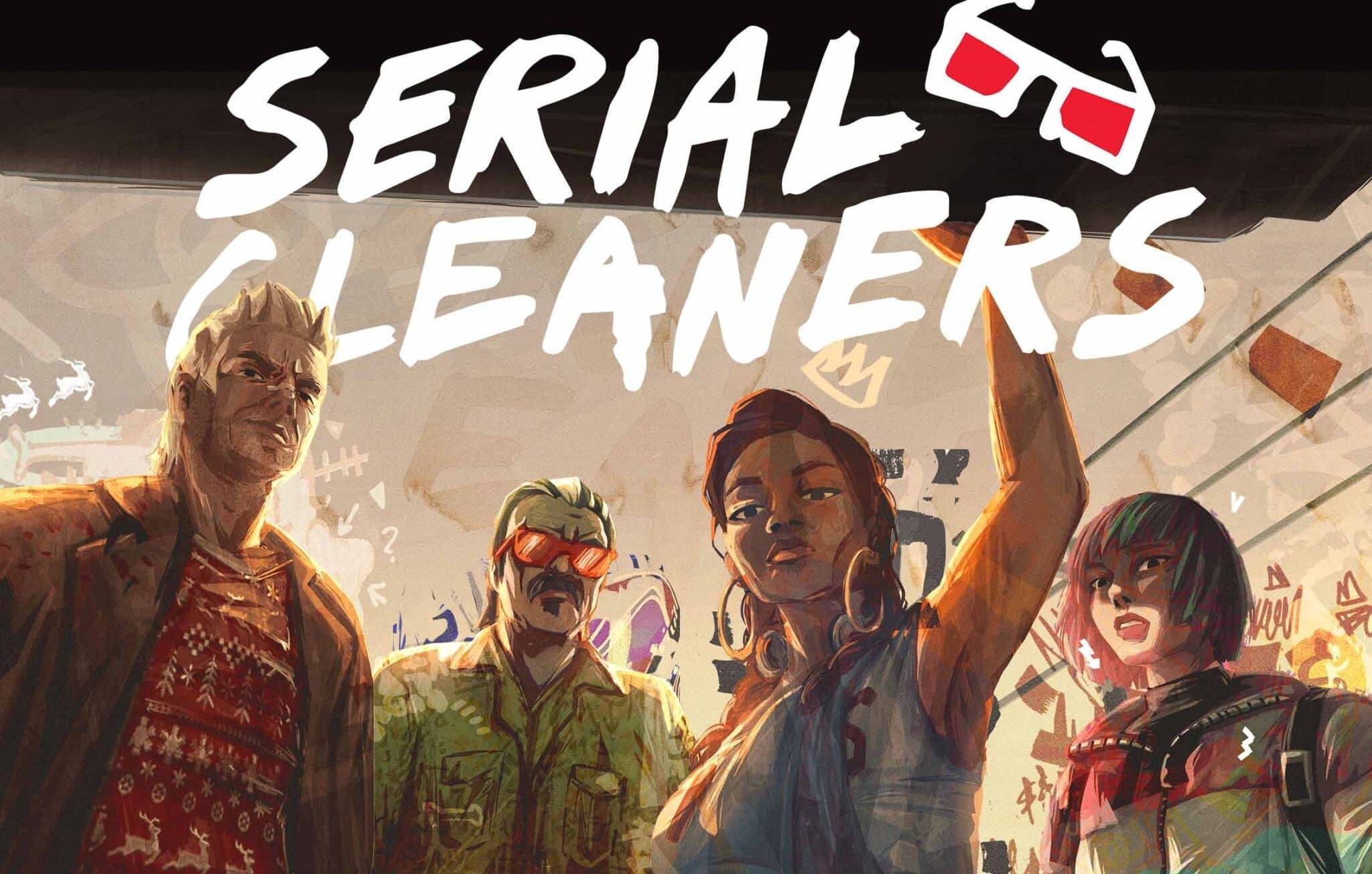 Just five years ago Serial Cleaner arrived, an attractive crime scene cleaning title that caught the attention of critics and users due to its simple but effective proposal. Now comes the second part with a plural nomenclature that already anticipated what we could expect: a bigger game. In that sense, today we tell you what we thought of our Serial Cleaners review for Xbox Series Xa sequel that comes with more protagonists, a change in narrative and visual style, but maintaining its playable essence.

Index hide
1 90s cinema on your console
2 This is how I cleaned, this way, this way
3 conclusion

90s cinema on your console

What is most striking at a first glance when immersing yourself in Serial Cleaners is the effort that those responsible have made to grant larger narrative entity to this sequel. The introduction and the first steps already make it clear to us that the fact that on this occasion we have four different protagonists instead of just one is not a mere whim. Each one has its own quirks, yes, but they also offer some interesting conversations during the cutscenes, undoubtedly reminiscent of Pulp Fiction in particular and Quentin Tarantino in general. A more than evident inspiration.

The change in aesthetics is also noteworthy. If Serial Cleaner opted for visual minimalism and simplicity, Serial Cleaners opts for a much more overloaded with elements, realistic and, why not say modern. Of course, the characteristic isometric perspective remains intact to give the title an unmistakable stamp reminiscent of other similar works such as Hotline Miami. It is not the only thing that resembles Denaton’s masterpiece, although that one was strong in pixel art.

This is how I cleaned, this way, this way

The key to Serial Cleaners lies, how could it be otherwise, in jumping into action and cleaning crime scenes full of corpses, physical evidence and blood. We have to get rid of all this without being caught by the police. It should be noted that the Draw Distance title plays a lot with the mechanics of the trial and error. It is necessary to make mistakes many times to understand which is the most optimal route or in what order to carry out the actions to get out unscathed from situations as extreme as those proposed by the game. Our best friend (and common to all the characters) is the Vacuum cleaner, which we take for a walk to eliminate any trace of blood or dirt, including the one that we ourselves can leave. Although the mechanics should be simple, the truth is that precisely controlling the vacuum cleaner (at least with a remote) is nothing short of an ordeal and it costs horrors to hit where we want.

The isometric perspective that the game boasts does not help in the least to clearly detect the location of certain items. And it is that between the walls that are hidden in our path in the purest Sims style and that many objects are small and difficult to see, many situations end up becoming confused. So is the fact that the police are almost always present at a crime scene from the very beginning of the mission. We will not go into assessing the sense of cleaning up a crime scene with cops swarming and that they see before their noses how the bodies that they should guard are disappearing, but the truth is that at a playable level it does not have it either.

We can hide, drag bodies, throw objects, do a kind of Sergio Ramos mowing to take down the cops and buy time and get rid of the evidence and the corpses in strategic points. Fortunately, on the other side of the coin we have four characters with unique abilities, which adds variety to the game. They are not definitive when it comes to completely changing the gameplay from one character to another, but it adds dynamism to a proposal that, although it should be simple, gets entangled in confusing mechanics and extravagant twists.

In fact, the different levels that make up the game are designed to adapt to the particularities of each of the cleaners. However, and although it happens a couple of times during the adventure, we have missed the possibility of being able to change the cleaner anytime. Something like this would have opened the door to a more varied and entertaining gameplay and a less obvious level design and more playable alternatives, as it happens in other works focused on stealth. And it is that in fact it is rare that Serial Cleaners has chosen four protagonists when their interaction is reduced almost exclusively to the kinematics.

Serial Cleaners is the logical evolution that one could expect after Serial Cleaner from 2017. It looks better, more beautiful, it has focused on the narrative and adds four protagonists to make the plot more interesting. However, where the game should shine, which is in its playable parts, is where it crashes. The title of Draw Distance is visually confusing and clumsy and sometimes even tedious in the playable. Cleaning up a crime scene should be tense enough, but having the police swarming from the start makes it hellish and a constant trial and error that just gets repetitive. The mechanics to avoid it are not much better, being able to throw things at them or mow them down to then hide under a table and forget about our presence. Serial Cleaners has improved on its predecessor in some points, but has stagnated in the most important.