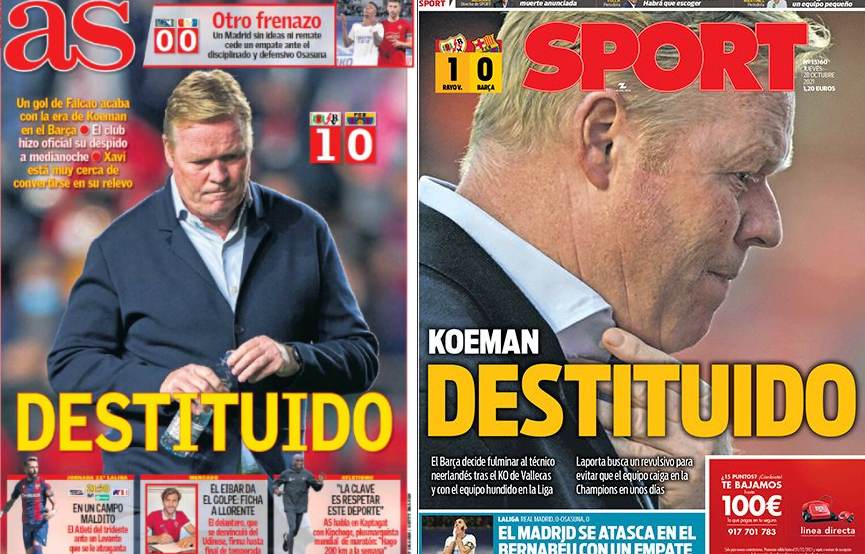 According to some media in Spain, especially Sport and Sports World, Xavi Hernández and FC Barcelona have reached an agreement for the former player of the club to be the new manager of the first team. However, the club made an announcement that surprised: Sergi Barjuan will be the interim coach for the next matches.

The news comes less than 24 hours after the dismissal of Dutchman Ronald Koeman after the defeat against Rayo Vallecano.

“The club wanted to work quickly to seal the new coach and all the lights have gone to Qatar. It was the first option for Barcelona, ​​which sees Xavi Hernández as the ideal figure to start a new project, ”Sport published on October 28.

However, the arrival of Xavi might not materialize immediately, but in a few weeks, after an interim assignment from Sergi, current Barça B coach.

“FC Barcelona informs that Sergi Barjuan, current Barça B coach, will temporarily take over the technical direction of the first team. The interim position in the first team bench will close as soon as the Club closes the hiring of a new coach, after the dismissal of Ronald Koeman ”, points out the official information.

According to the Spanish media, Barcelona already has a ready agreement with Xavi and now it would only be necessary for him to sign the termination of the contracts that link him with Al-Sadd, his current club, in Qatar.

Read:  They criticize Walmart eCommerce; "the worst experience in the world"

Xavi has an exit clause of just over $ 1.2 million.

According to Sport, the Barça club and Xavi have already agreed, among other things, to integrate the coaching staff with current collaborators of the former player, who will arrive together with the new DT. They are his brother Óscar and Sergio Alegre, both as assistants, and Iván Torres, a specialist in physical preparation.

Mundo Deportivo also takes for granted the arrival of Xavi as Barcelona coach.

FC Barcelona president Joan Laporta will introduce Sergi to the first team squad on the afternoon of October 28, before training at the Ciudad Deportiva, the club said.

⚠️🔵🔴 Sergi Barjuan is CHOSEN to be the interim coach of the Barça first team. Today, first training session and he will be on the bench against Alavés #fcblive pic.twitter.com/DytszBBkfN

They are from Zara and they are still for sale