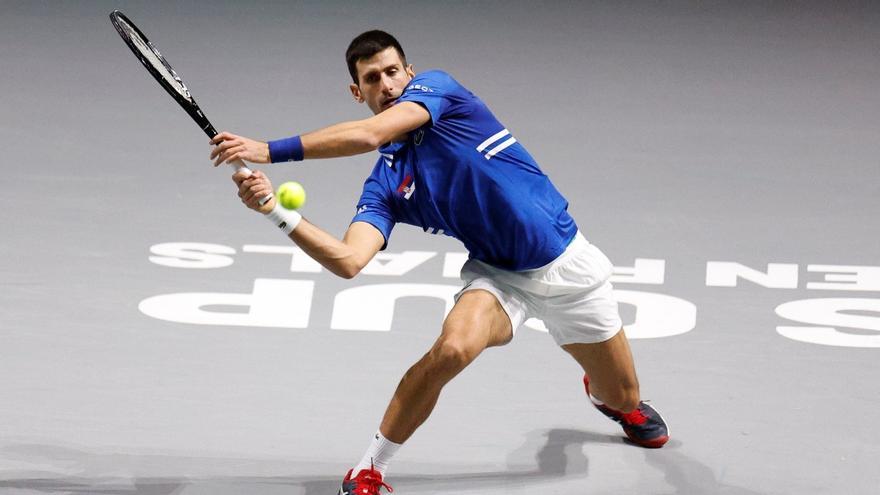 The Serbian Foreign Ministry on Thursday presented a formal protest to the Australian Ambassador to Serbia, Daniel emery, for the “indecent treatment” that the tennis player Novak Djokovic, number one in world tennis, is receiving in Melbourne.

According to a government statement, Serbia expects Emery personal effort so that Djokovic Obtain suitable accommodation for an athlete of your rank while you await a court decision on your visa, which the Australian authorities revoked last night.

The tennis player’s lawyers in Australia appealed the revocation of the visa, and an Australian court will consider the appeal on Monday.

Djokovic He was transferred to a hotel for asylum seekers in Melbourne, which the athlete’s family described as “dirty”, in addition to denouncing that he was deprived of all his belongings while awaiting the decision.

The tennis player traveled to Melbourne for the Australian Open, the first Grand Slam of the season that takes place from January 17 to 30, after receiving a medical exemption from the cvid-19 vaccination from the organizers.

Secretary of State in the Serbian Foreign Ministry, Nemanja Starovic, stated that Serbia does not want to influence in any way the decision of the Australian judicial authorities.

However, he expressed the hope that the Australian government “in the spirit of good bilateral relations between Australia and Serbia, and in accordance with its competences, will allow Djokovic May I spend (Orthodox) Christmas in better accommodation. “

Serbs, Orthodox Christians, celebrate Christmas on January 7, according to the old Julian calendar.

Read:  Djokovic is crowned in Rome for the sixth time

Starovic stated that in the Serbian public opinion there is a strong impression that Djokovic is, out of his will, the victim of a political game and that he was lured to come to Australia only to be humiliated later.

He denounced that he is treated as a criminal, terrorist or illegal immigrant by the Australian authorities and that this “makes his fans and citizens of Serbia bitter.”

The family of Djokovic, who came to compare the tennis player with Jesus Christ, said today that he did not violate any law or regulation in his attempt to enter Australia to play the tournament, and that the situation he is experiencing is “the greatest diplomatic sports scandal in history.”

Hundreds of people gathered this Thursday in the center of Belgrade, in front of the Parliament building of Serbia, to express support for the tennis player, a well-known critic of coronavirus vaccines.