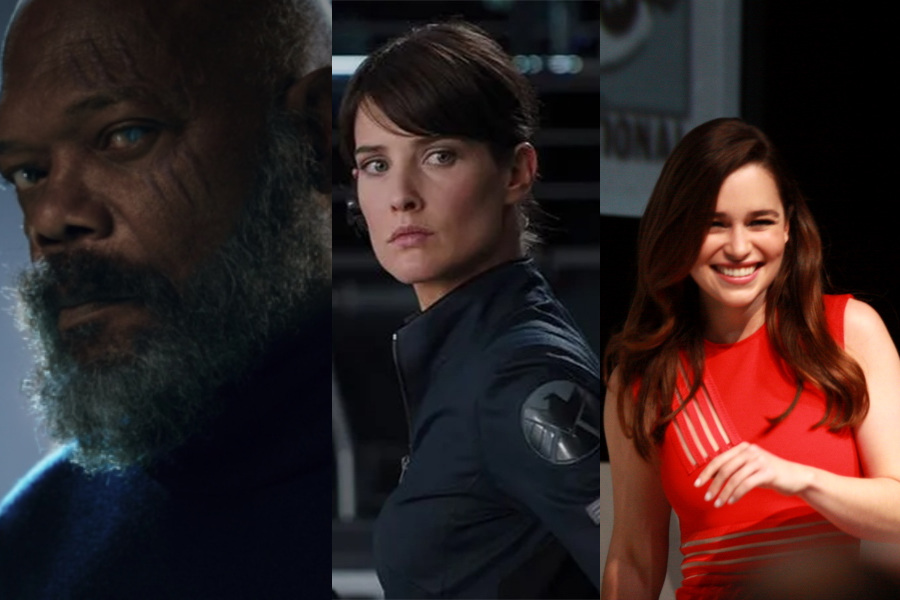 Index hide
1 The streets of Leeds have become the epicenter of the action of Secret Invasion, where there are new images from the locations with Samuel L. Jackson, Emilia Clarke and Cobie Smulders
2 The Secret Invasion is about SMASH and Marvel Comics Mexico
3 Also being read:

The streets of Leeds have become the epicenter of the action of Secret Invasion, where there are new images from the locations with Samuel L. Jackson, Emilia Clarke and Cobie Smulders

The Skrulls are already among us, and everything indicates that the Marvel Cinematic Universe will enter another level when their intentions are discovered in the new Secret Invasion series, which is already being filmed on location in Leeds, England, from where new images arrive.

It may interest you: Emilia Clarke’s reasons for joining Secret Invasion

Through different twitter profiles, some of the new images of Secret Invasion have been released, a series that is recorded for Marvel Studios, which has been joined by Samuel L. Jackson, who will return in his role as Nick Fury, the director of SHIELD, and who is the architect of the Avengers Initiative.

Actress Emilia Clarke, who arrives in the Marvel Cinematic Universe, also joined the recordings, in a role that has not yet been revealed to the public.

And the support of Nick Fury could not be missing with the presence of Maria Hill. Cobie Smulders is already in England recording her participation in the new Marvel Studios proposal

MARIA HILL ✨ Cobie Smulders behind the scenes of “Secret Invasion”

Even Smulders and Emilia Clarke have already filmed some scenes together on the streets of Leeds, which

In Secret Invasion, the saga written by Michael Michael Bendis, the heroes of the Marvel Universe discovered that the Skrulls had begun to replace the heroes and infiltrated Earth through not only the government but also the Avengers.

Read:  A mutant would make her debut in the first season of She-Hulk

Through careful planning and surprise, the invading aliens almost succeeded in taking over the world permanently. As they grapple with paranoia, Earth’s Mightiest Heroes must band together to battle an armada of Skrull ships carrying an army of super-charged alien warriors.

Secret Invasion will premiere on the Disney+ digital platform, with a date yet to be confirmed.

Do not miss: The 10 moments of Secret Invasion that should not be forgotten

The Secret Invasion is about SMASH and Marvel Comics Mexico

The alien race of conquerors known as the Skrulls have been infiltrating our world for decades. They have used their power to shapeshift in order to weave their way into the highest levels of government, the military… and even the superhero community. Is that five-star general who he appears to be? Is it Iron Man? Or is it the Skrulls?

Nobody knows! The Skrulls’ abilities defy all technological and mystical detection. Brother turns on brother and hero on hero as the Skrulls use their positions of power and ultimate weapon of confusion to launch a massive offensive and conquer Earth! This has been going on for years in silence. But now, the full force of the Secret Invasion is upon us!

SMASH and Marvel Comics Mexico bring you one of the Great Events that defined the history of La Casa de las Ideas, Marvel Essentials: Secret Invasion, authored by Brian Michael Bendis and the strokes of Leinil Yu, in an event that is a reference of The House of Ideas.

Formula 1 Spanish GP: schedule, where and how to see it