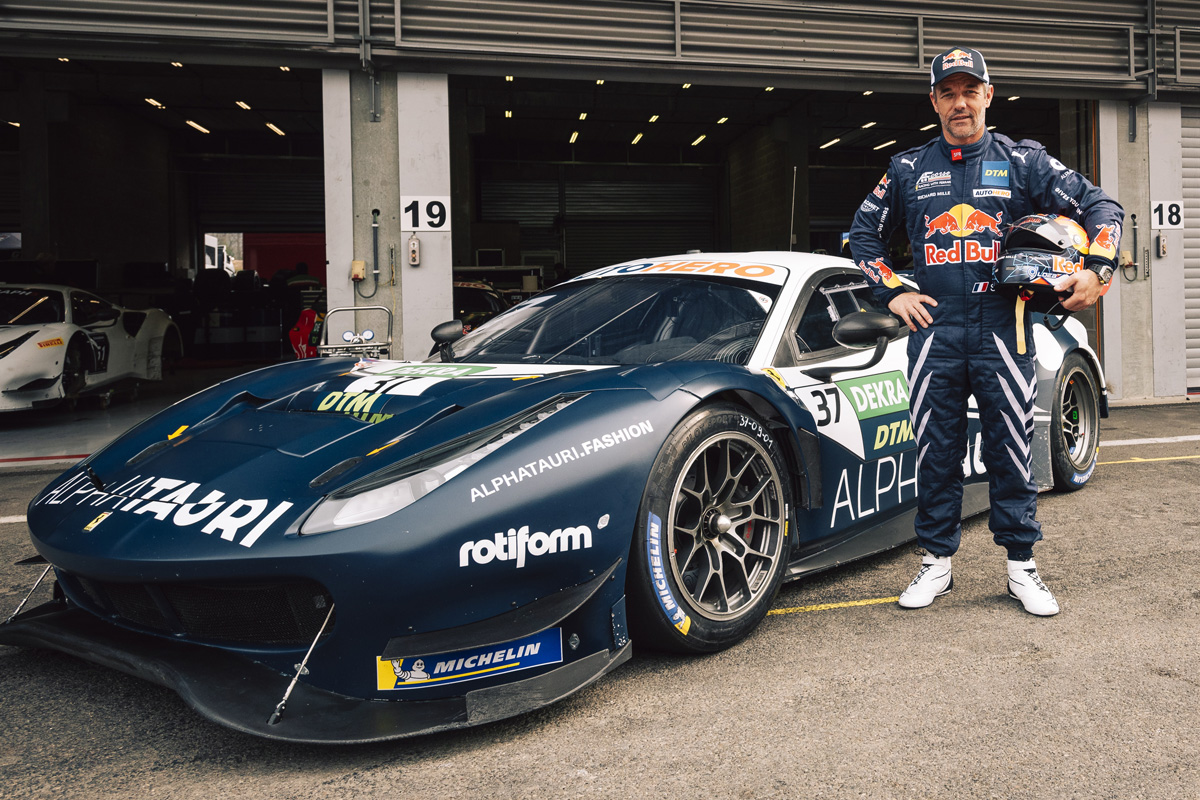 Cornerstone of the Prodrive and Bahrain Raid Xtreme project in the Dakar and in the FIA ​​World Rally-Raid Championship, Extreme E Title Contender together with Cristina Gutiérrez with the X44 team and part driver for M-Sport in the WRC. As if this wasn’t enough, Sébastien Loeb also joins the DTM. The 48-year-old Alsatian driver seems determined to forget his age and continue enjoying the competition and in 2022 will act as reserve driver for the Red Bull AlphaTauri AF Corse team in the German competition.

Sébastien Loeb will make his DTM debut at the season opener in Portimao, since due to his commitments in other championships Nick Cassidy cannot drive the first of the Ferrari 488 GT3 Evo of the AF Corse team. For now, Loeb is only confirmed to compete in Portimao, where he will partner Felipe Fraga. However, the date clashes Nick Cassidy faces throughout the season will allow Loeb to get on the GT3 in AlphaTauri livery on at least one or two more occasions.

Loeb has very little to prove, but he continues to compete at the highest level. So far this year, Sébastien has won two Dakar stages to finish second overall. A few days later, Loeb conquered the Monte Carlo Rally in the debut of the hybrid era of the WRC with the Ford Puma Rally1 of the M-Sport team. In addition, in February he obtained the fourth victory of his in the Race of Champions, while In the first Extreme E event held in Saudi Arabia, he climbed on the podium with Cristina Gutiérrez.

In this aspect, Sébastien Loeb hopes to continue this run of success upon arrival at the DTM: «Throughout my career I have always liked to jump from one discipline to another. The DTM is a very famous and prestigious championship. As soon as the opportunity to compete in the DTM has presented itself, I have not hesitated to take advantage of it, of course. It’s an exciting challenge because the driving style that is needed in the DTM is completely different what I’m used to.”

“Now is the time to work. I am going to be up against drivers who are specialists in GT racing and my last experience with a GT3 was a long time ago.. My aim is to find my rhythm as best I can and I will try to use my experience to give the team good feedback on the set-up of the car. I know it will be difficult, but they are really fun cars to drive. They are very fast and beautiful cars, so i’m looking forward to competing» added Loeb in the face of this new challenge.

Genshin Impact is preparing to leave us with new adventures: these are the dates of its next patches