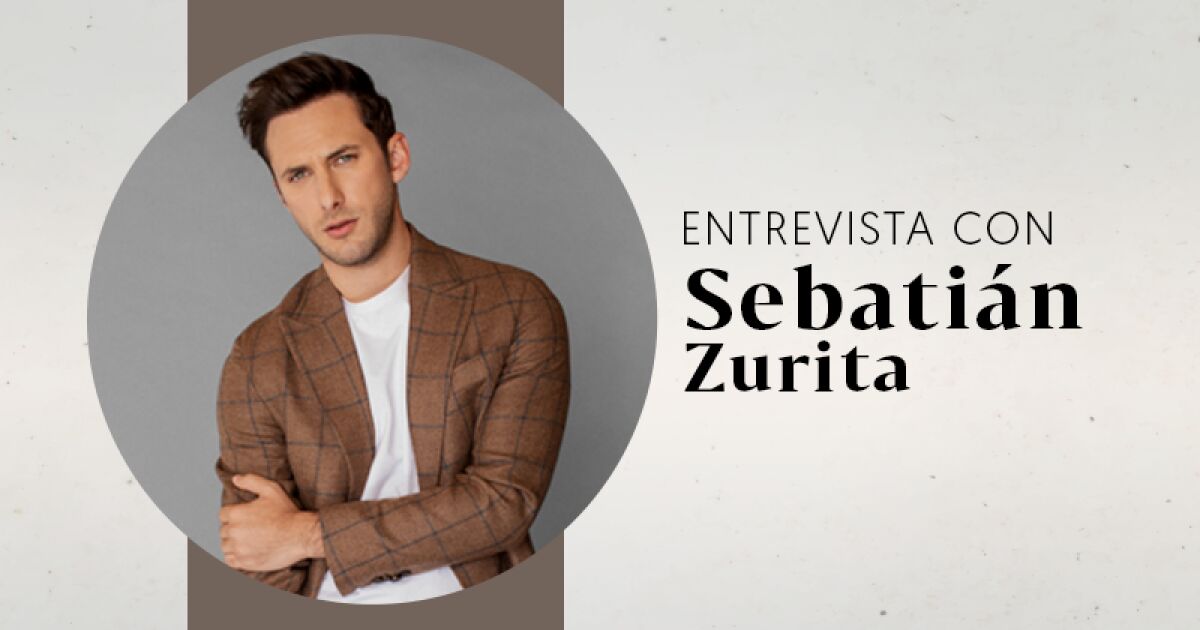 We are nowhere near the premiere of the third season of Luis Miguel, The Series. What can we expect from this stage?

A very interesting season is coming, with many changes, with a new cast, so to speak, and the truth is that it will be quite funny because all these aspects that were opened with respect to the life of Luis Miguel are closed, with which has passed, with all the secrets. They are beginning to close like many, many of the things that were opened, and I think that people who have been watching this series for three will be left with a good taste in their mouths.

You have been famous practically since you were born and you are participating in a series that is about a character who experienced something very similar, although in other dimensions. How has this work been for you in this sense?

I have been asked a lot if my opinion about Luis Miguel had changed, and rather I think it has solidified. Being born into show business for him was being an idol when he was little, you know? Maintaining that status in a world as difficult as our environment is very complicated and can be quite striking in some way, in many ways, both personal and privacy as having to always keep current. It is a pretty strong sense of competition, from a very young age to maintain it, and then, in his case, to reach a superstar level, as he is very complicated. When I was born into a family of famous people, if you want to call it that, you also enter a world and a game that no one asked you if you wanted to play. It is suddenly difficult to know that you are a public figure without having done anything in your life. When you are a child it is difficult to understand, and sometimes I think you can go both ways. My parents did very well in having a very solid family and in letting me be a child and getting as far away from the environment as possible to be able to enjoy a childhood, which I think was the one that Luis Miguel lost. Suddenly you start to find other kinds of things much more different and more complicated in life.

Beyond the change of actors, how do you feel that the way you approach Alex, your character, has changed this season?

That was just one of the questions I had when I was joining the project, because somehow when I entered season three, two were also being filmed, so I didn’t know what had happened in the second or what they were doing. . One of my talks with the producer and with Beto, who was the director, was to see where we are taking him, what we do. And rather it was a little more towards the need of the character, because from 3, the part where I entered, my character takes another type of command in the life of Luis Miguel and pivots in another way, because before the young child that he was cared for by Miguel and suddenly he was his closest person, but you didn’t see him in a more mature way anymore. With me it is this balance of a guy who does live in the shadow of Luis Miguel, there is a certain resentment towards that shadow, but at the same time he knows that he is the person who has given him a certain type of life, luxury, and he continues to be, you want no, famous for being Luis Miguel’s brother and not for his own things. But at the same time, he is the most solid anchor towards a familiar and structural reality about Luis Miguel. In season 3 he is the one that is practically giving him some “be still”. However, he has to do it in a way in which he has to be looking for him so that he does not turn against him, because it is practically his life as Luis Miguel’s brother would end, and at the same time he has to take care of him and try to advise him but not upset it. It was complicated that, honestly, because in the scenes you want a certain confrontation and here it was you had to turn it around because you were never going to win. That was the tricky thing.

In the first season I know that several actors were able to speak with the real actors. Did you talk to Alex? How do you achieve a mix between playing the real person but also putting your own vision of the character?

You hit the hard part of making someone who still exists. I feel that within everything, of this type of people we only know the public side and what they want us to see in some way, which suddenly comes out in the media because they were caught doing something silly, but those are not the real people . I searched a lot about Alex, and it was impressive that there was nothing. It was the same ten interviews over and over. So I asked for a meeting with the show team because I needed something more real. We had several talks and I went to eat with Diego and with Beto and with the producer, Pablo. He told them: “Tell me everything I don’t know. They sent me some files, some little things, but the idea that, since we don’t know him that much, the idea of ​​him was not the one we were seeing in the series. There you see Alex’s private life with Luis Miguel, not this public life where he struts and arrives at a place like: “I bring this stuff,” you know? Here he is a very submissive guy but at the same time with a rather interesting fang. He is the one who tries to keep Luis Miguel always with the family, but it was difficult. I think it is rather an interpretation of how I thought that this guy – because of what they told me and because of what Diego and the people who were more in contact with them knew -, in my own way and very different from how I am, because there are several confrontation scenes with Diego and it was very difficult because also as an actor you want to do certain things and they tell you: “No, no, no, no, no, no, no, no, yes this guy raises his voice to Luis Miguel, disinherits him ”. It was interesting because we played to do the two, three versions and then they told me to do it as I would. It is always complicated when you play these characters, because they are very attached to the bone and you have to look for some jiribilla there because the scenes are complex.

There is one more challenge because you are not only playing a real person, but a character that was already played by someone else (Juanpa Zurita) in the series. How does that work in terms of continuity?

That is where I tell you that the complicated is, because in three there are going to be parts where we are going, where we are both, and they are things that I could not see, that no one else has seen. There Beto told me where we pull and where not, and the idea is that it was different from Juanpa. Beyond age, it was because there was a jump in time where you had to see another type of maturity and where the character’s traits exist because they are written. But I do think the idea was to take a completely different and more original type of personality – not to demean anyone, the other way around – towards me. Yes, it was something that I talked about, something that I asked Beto, and he said: “no, I want you to be like a point and apart from what has already been done and we are going to enter this new universe with the adults.” That freedom to work that is cool, but at the same time I have a director behind me who has been there for three seasons and who knows perfectly how to outline everything. There I did feel very careful acting, because there was a director who knew everything that had to be done. You are entering something new; that is the complexity of something that was already done then or that is being done at the moment when you are doing the three, and that you do not know the gap in the evolution of the two. So it’s interesting.