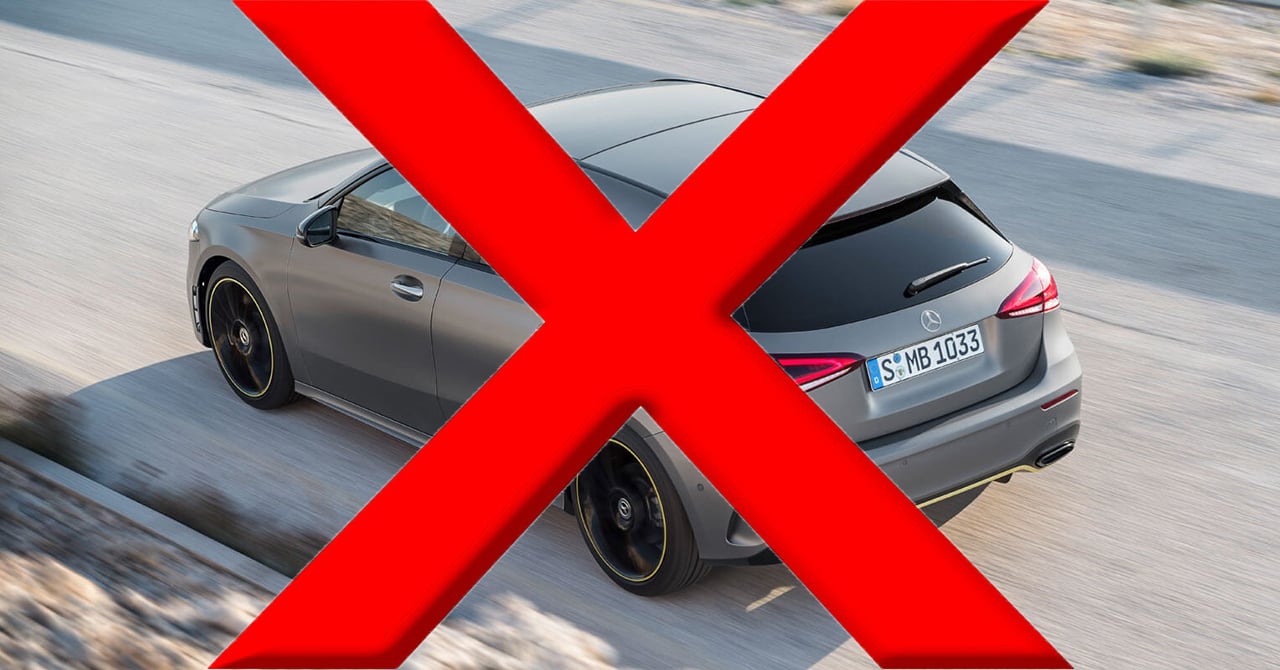 Goodbye to the Mercedes A-Class. The successful compact joins the list of the defunct models that we have advanced, as a result of the new electrification strategy. The five-door model is one more victim, so at the end of the commercial life of the current generation it will disappear without relief on the horizon.

Mercedes has changed the strategy announced a little over a month ago, when it announced its new form of business taking advantage of the world premiere of the Vision AMG. The manufacturer has decided to focus fully on electrification at the highest level and abandoning the previous phase of plug-in hybrids. These more efficient options will progressively disappear from the range over the next few years, models that will be replaced by electric battery and hydrogen.

And in this new strategy, there are many models that have no place. As we have already been anticipating you in recent weeks, The Class A Sedan, Class B and CLA Shooting Brake have been sentenced to death and they will not take over in the future, disappearing from the offer as the commercial life cycle ends. Mercedes dispenses with the least demanded bodies, some swallowed by SUVs, others directly because as electric they have no future. But Mercedes A-Class what was it one of the only ones who had a chance of survival, has also been blacklisted.

Index hide
1 The goodbye of the Mercedes Class A, consequence of the SUV and the electric
1.1 Mercedes EQB 250, the 7-seater electric SUV launches a version and is now cheaper

The goodbye of the Mercedes Class A, consequence of the SUV and the electric

Says a famous German newspaper, which points to sources very close to Ola Källenius, the top leader of the giant with the three-pointed star, who affirms that being the only responsible person capable of break with the sales mantra of its predecessorswhich has been detached from models with a significant sales volume, managing to sweep rivals as important as the Audi A3 or the BMW 1 Series off the lists. According to the source, Källenius has pointed out that it is necessary to allocate investments towards models that generate high profit margins.

Read:  Wolff and Hamilton say goodbye to their faithful squire: "Bottas will always be from the Mercedes family"

In Class A it is a model that offers a high profit margin, especially if we take into account that the basic versions already cost the not inconsiderable figure of 40,000 Euros, the minimum that customers have to go in their pockets to get hold of a star brand model. But the truth is that Mercedes has also gotten out of hand in its strategy to dominate the Premium market, with a catalog that contains more than 40 options, including special derivativesso it is understood that some have to leave.

Mercedes EQB 250, the 7-seater electric SUV launches a version and is now cheaper

And we know perfectly those whose continuity is assured: the GLA, GLB, EQA, EQB and the CLAfive models that will be developed on the new MMA platform that will be released in 2024, equipped with a new and powerful software, which will reduce control units by centralizing them in a single one, and with versions new generation plug-in hybrids, although we already warned you that what will really be promoted will be the electric ones.

these are the organs most affected by the disease

These are the tax deductible school expenses before the SAT