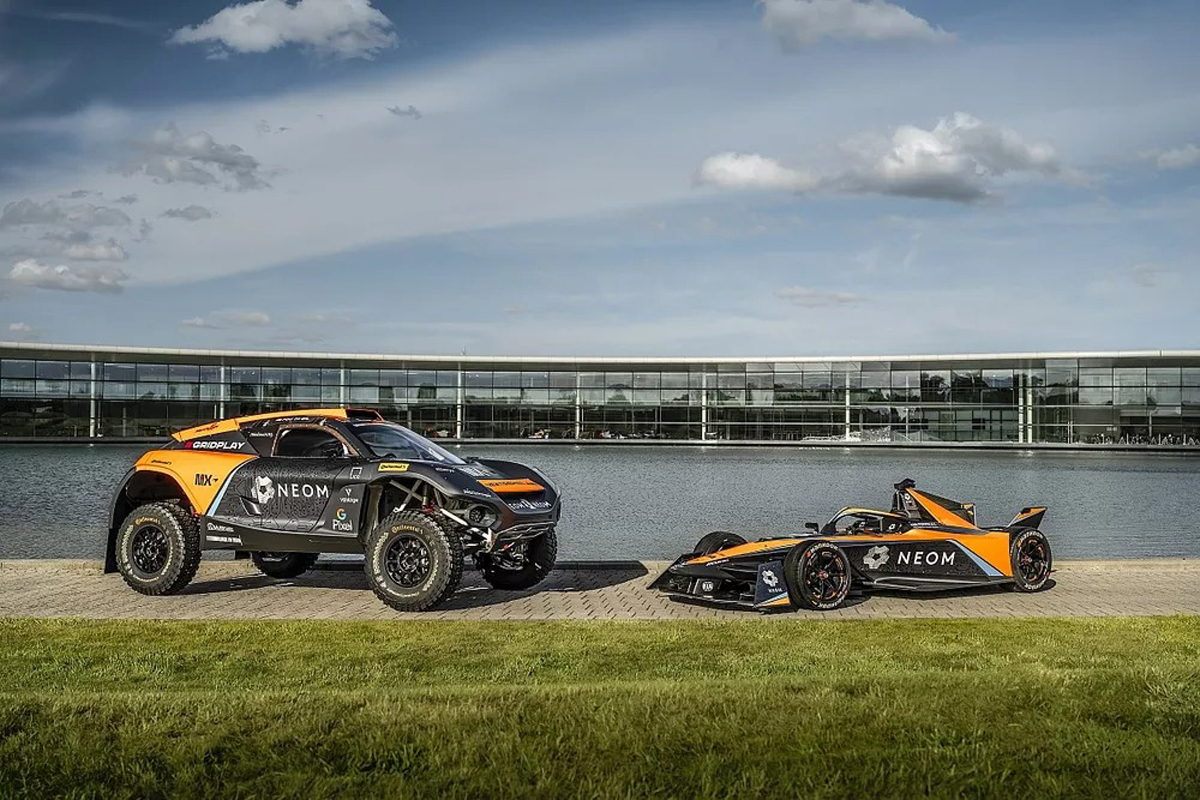 McLaren Racing will have four fronts open from 2023. Formula 1, IndyCar, Extreme E and the new Formula E program. In all cases, the Woking firm has opted for the same formula based on an official factory team, with more or less external support and a technical partner to supply you with the necessary powertrain in each series. In Formula 1 this role is fulfilled by Mercedes, in IndyCar it is Chevrolet and in Formula E it will be Nissan. Nevertheless, there is a difference between these projects.

Beyond the peculiarities of each one, the projects in Formula E and Extreme E outline McLaren’s commitment to electrification in competition. A joint bet that also has a joint sponsor. Saudi Arabia will support McLaren in electric events with the aim of promoting Neomthe smart city project financed by the country’s Public Investment Fund as part of its Vision 2030 program. Neom is now a sponsor of Mercedes EQa team that McLaren will absorb to reach Formula E in the ‘Season Nine’.

Neom’s support will be notable, to the point of being part of the official name of the McLaren teams in both series. In fact, Woking signature teams to be called Neom McLaren Formula E Team and Neon McLaren Extreme E, as well as operating under the combined banner of the new Neom McLaren Electric Racing department. Also, this new link covers other aspectsas students and recent graduates who are involved in the Neom project will be able to complete a one-year internship with McLaren Racing.

Zack BrownCEO of McLaren Racing, has pointed out about the agreement with Saudi Arabia and the smart city of Neom: «We are delighted to welcome Neom to the family that exists at McLaren Racing.. This is an amazing way to start our journey in Formula E and unify our effort in the electric racing championships. With the support of Neom, we have the option to introduce the new Neom McLaren Electric Racing department and work with them to foster talent and drive innovation from our sports projects».

Nadhmi Al NasrCEO of the Neom project, added: «Our partnership with McLaren Racing complements Neom’s commitment to promote sustainable solutions and address some existing and really pressing challenges in society. Neom is an economic engine for Saudi Arabia and will be the destination of large innovative companies such as McLaren Racing when it comes to technological research. I am sure that this association will allow us to advance in all aspects».

McDonald’s will reopen in Ukraine: this plans