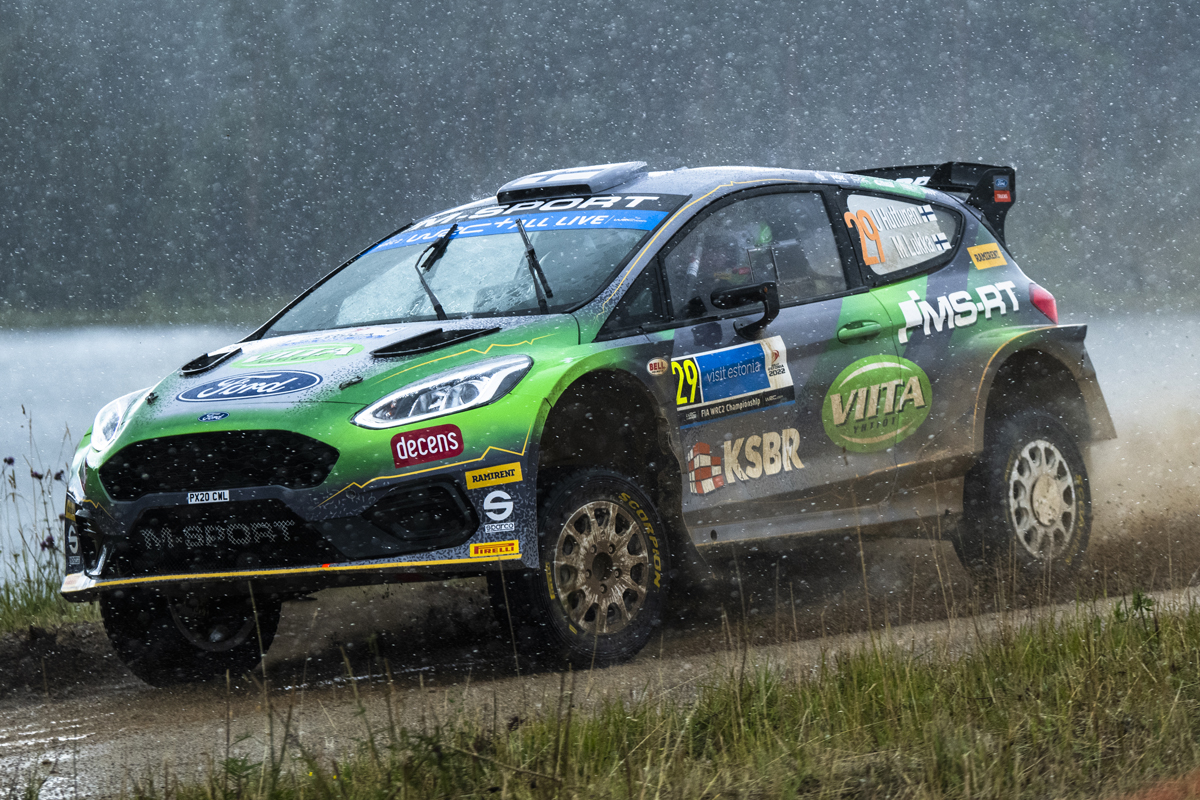 The Estonian Rally had as its great protagonist the Finnish Kalle Rovanperä, in part thanks to the update of the 1.6 Turbo engine of the Toyota GR Yaris Rally1. However, the great novelty at a technical level was not in the ‘Rally1’ of the Japanese firm and yes in the ‘Rally2’ of M-Sport. From the hand of Jari Huttunen, Cumbrian tuner debuted new Ford Fiesta Rally2 Evoan update of its ‘Rally2’ model with important changes at the aerodynamic level, but also in the suspensions or the control software.

In absolute terms, the debut of the Ford Fiesta Rally2 Evo was nothing to write home about if one looks at the final results table, as Jari Huttunen was unable to get past fourth place in the WRC2 category in Estonia. Nevertheless, this result does not do justice to the performance of the car and it also does not meet the expectations of M-Sport. Small mechanical problems caused him to lose a lot of time in the Friday morning session, but Huttunen’s pace in the Ford Fiesta Rally2 Evo in the remaining two stages was quite competitive.

The unit used by Jari Huttunen featured a new aerodynamic package in order to increase downforce and provide greater efficiency. A renewed kit that becomes visible in its revised rear spoiler and in the new rear view mirrors. In addition, the Ford Fiesta Rally2 Evo also included new rear suspension to improve the level of grip of the car on all types of surfaces. The last great change is not visible, but consists andn a major software update when collecting data, with a more intuitive record.

Richard Miller, boss of M-Sport, has valued the behavior of the Ford Fiesta Rally2 Evo after the dispute of the Rally of Estonia. And the truth is that his words denote a high degree of optimism with the car: «The ‘feedback’ with the suspension and aerodynamics when using the dirt configuration has been good. The main changes we have made give us a very positive balance. We had a few minor mechanical issues with the car during Friday’s stage, but these were unrelated to the upgrade package.”

Kalle Rovanperä heads straight for the WRC title in Estonia

Along these lines, the head of the trainer added: “Although the problems had nothing to do with the new kit, the truth is that they delayed us a bit. When you get to a point where you don’t see yourself in the top 5, it becomes difficult to continue. Nevertheless, the boys worked well and Jari Huttunen showed his pace to finish in fourth position. I think that the result does not do justice to the efforts of all of them, but it does helps us draw positive conclusions».