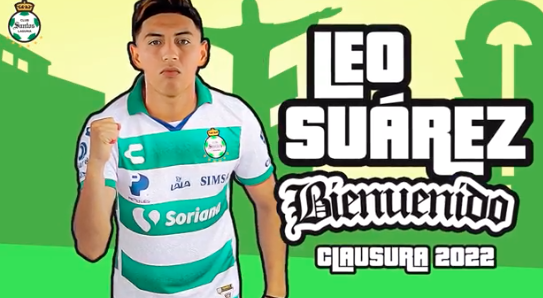 Creative proposals that involve the interaction of the digital pulse is what many brands are currently looking for. As an example, the post made by the Mexican soccer team Santos Laguna, who decided that the best way to introduce one of their new signings was using material from the popular video game Grand Theft Auto: San Andreas.

The famous Mexican soccer team published a video on social networks to confirm that the player Leo Suárez, who was signed as an attacking midfielder, for the Clausura 2022 tournament.

The team’s publication was received in a good way on digital platforms, but without a doubt what many loved was the way it was announced.

The video of Santos Laguna

The video of the announcement of the new signing of the team is about an edited video clip to introduce us to CJ, Big Smoke, Sweet and Ryder preparing for a new mission for Santos Laguna: to pick up Leo Suárez to announce their hiring.

Read:  Expert points out that masks are unnecessary for Covid and debate opens on networks

The publication that records various interactions by Internet users, is a short recording, but one that many consider “funny and strange.”

What most caught the attention of the club’s followers is that in the video they not only modified the subtitles, but also edited so that the protagonists have official team merchandise.

They also do a kind of post-credit scene in which Sweet does a graffiti of the Mexican club.

But it was not the only animated presentation using the image of famous video games made by the Mexican team, as it also featured another second player with a video of Super Mario Bros.

“And with the number 28 from 𝗨𝗿𝘂𝗴𝘂𝗮𝘆 to reinforce the team! We have a new warrior. #ModoGuerrero ”, says the tweet accompanied by a video where the iconic Mario Bros. doll is seen.

“Playing God?”; consumer is excited about the arrival of drowned cakes at Oxxo

BBVA takes advantage of its mobile presence to make suggestions to the user, but it “makes her cry”

She buys an Alexa on Amazon and what she receives puzzles her; “It came with a guarantee stamp”