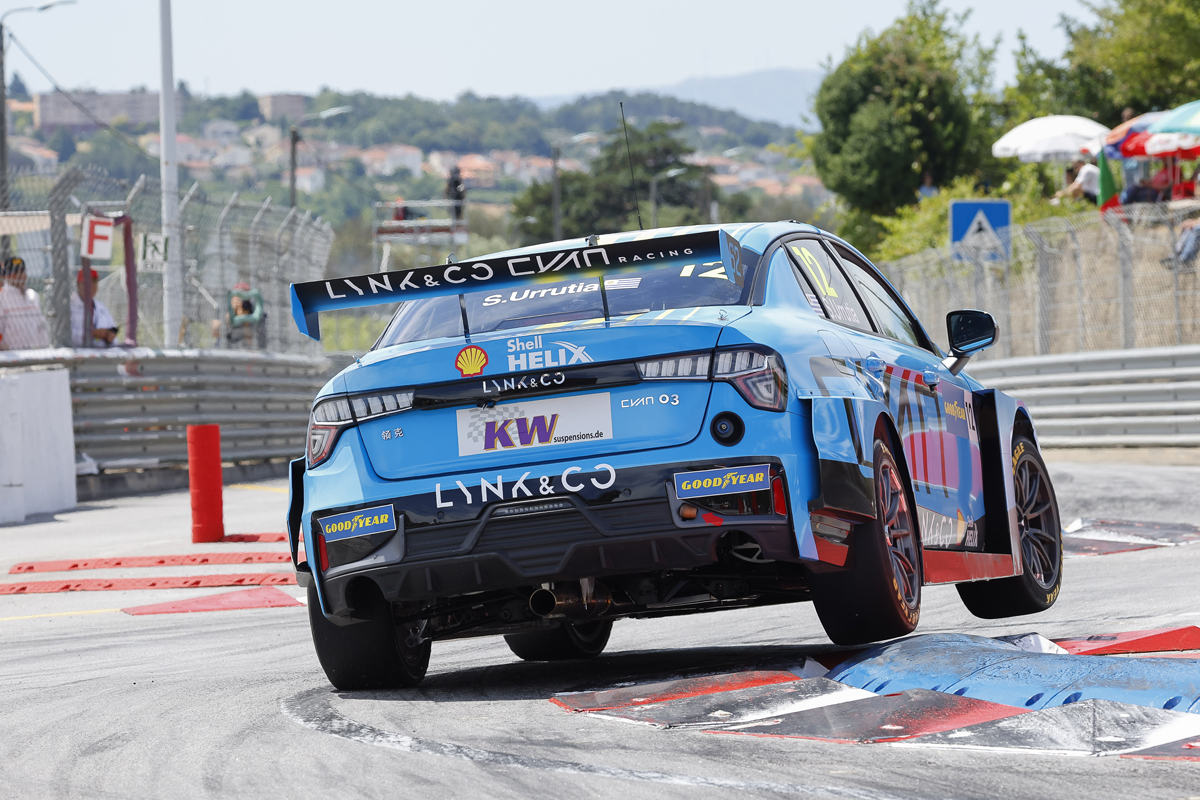 The Uruguayan Santiago Urruria has taken pole position in the main race of the WTCR in Vila Real, reaffirming his intention to fight for the title. The Lynk & Co driver has achieved a time of 1:59.626 in the decisive Q3, record that Yann Ehrlacher has not been able to beat by only 49 thousandths. The leader Mikel Azcona finished eighth after being eliminated in Q2 and sees the reverse grid race as the main objective of the weekend. Sleeve in which Yvan Muller will start first after finishing tenth in the ‘qualy’.

Despite the fact that Q1 had an extra ten minutes compared to other appointments, time has not spared in Vila Real. Mikel Azcona knows this well after setting the best time, going through the pits to solve a problem in the brake area and returning to the track to regain first position. Azcona was ahead with a time of 2:00.063, a record that helped him beat Yvan Muller by 45 thousandths. No big surprises the five drivers eliminated were local hero Tiago Monteiro, Esteban Guerrieri, Nathanaël Berthon, Tom Coronel and Daniel Nagy.

The WTCR has also granted five minutes of additional time to the Q2although the script already seemed written from the first moment. The Lynk & Co riders set the tone with Yann Ehrlacher setting the fastest time of the session with a record of 1:59.543. Just behind the current champion were Santiago Urrutia and Ma Qing Hua. The Argentine Néstor Girolami and the Hungarian Norbert Michelisz gave some color to Q3 by winning a ticket for the last qualifying session as the last two pilots of the ‘top 5’.

A Q3 in which Santiago Urrutia imposed his law, although by a very narrow margin as four of the five riders present broke the two-minute barrier. All in all, the Uruguayan driver managed to score pole with a time of 1:59.626, record 49 thousandths faster than the one signed by Yann Ehrlacher. For his part, Néstor Girolami avoided the triplet of the Lynk & Co by beating Ma Qing Hua by one thousandth. With slower pace, Norbert Michelisz had to settle for fifth position.

Read:  Majority of Wall Street investors believe that bitcoin will fall to USD 10,000

Out of Q3, It is worth mentioning the eighth place of Mikel Azcona, which will allow him to start in third position in the reverse grid race. It will be the best point of defense of the lead for the Spanish rider, lacking rhythm against the Lynk & Co. A second round in which Yvan Muller will start first after finishing in tenth position in Q2. Between the veteran French pilot and Azcona, Attila Tassi has been placed, a leathery pilot who can give both of them a lot of trouble in their search for a great result.