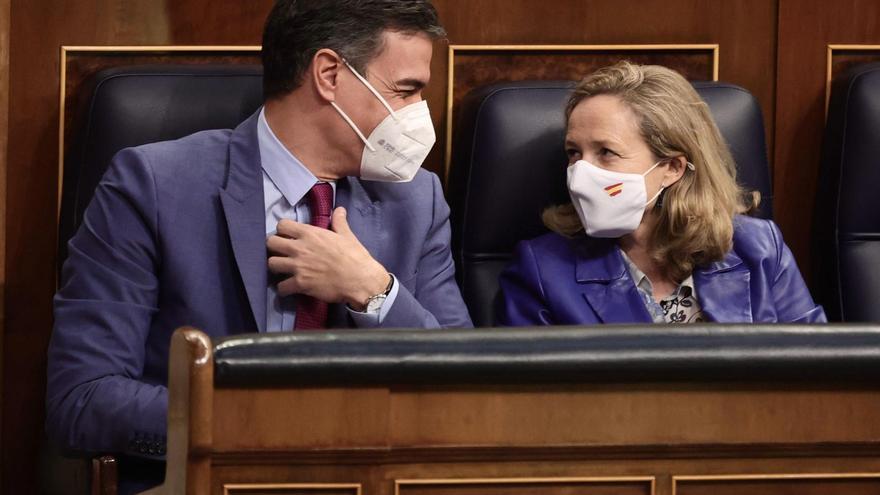 The Government has decided to maintain part of the measures of the shock plan with which it faced the rise of receipt of electricity from homes and businesses. The Executive has approved an extension during the first months of the new year of the tax cuts to cushion the impact on the electricity bill of the increase in energy costs that had been applied since last summer.

The Council of Ministers approved in December to maintain until April 30 the reduction from 21 to 10% of VAT that is applied to electricity bills and the cut of the special electricity tax to the minimum allowed by Brussels (from 5, 1% to 0.5%). And it also decided to extend until March 31 the suspension of the collection of the 7% tax on electricity production. All the sales had been applied since last summer, some since July and others since September, to contain the rise in electricity.

The tax reduction, whose impact on public accounts the Government figures at 2,000 million euros that customers stop paying, is temporary and the Ministry of Finance decided to extend it only during the first four months of the year (first quarter in the case of the production tax of electricity), alleging that the forecasts of international organizations and analysts suggested that it would be then when the uncontrolled rises in the electricity and gas markets would begin to mitigate.

With the wholesale electricity and gas markets Still uncontrolled and with investors predicting that the increases will continue, the Government already assumes that high energy prices will last beyond the term of the tax measures adopted to control their effects during the first stages of 2022.

In an interview with Cadena SER, the President of the goverment, Pedro Sánchez, anticipated this Monday that the new forecasts now indicate that the turning point in the price increase will not arrive until the middle of the year. That is, a few months after the end of the tax cut on the electricity bill as it is currently designed. By then, Moncloa expects a “significant reduction & rdquor; of the cost of energy, which would also serve to contain inflation.

The danger of inflation

Sánchez stressed that the Government has already adopted measures to cushion the rise, in reference to the tax cuts applied for the first months of this year and that it only serves to reduce the impact on the electricity bill paid by the final consumer. The president insisted that it is necessary to go further and again called on the European Union to undertake a reform of the pricing system of the wholesale electricity markets. The European Commission has already closed the door to the reform that countries like Spain or France are demanding in the marginalist system of the wholesale market, whereby the most expensive production technology used every day to generate electricity is the one that sets the price for all others.

Read:  Caral, the first civilization of America, reveals itself to be an expert in astronomy

With energy costs running wild, inflation threatens to become an obstacle to consolidating economic growth. During the last months of 2021, the CPI has marked the highest monthly records of the last three decades. The Government and international organizations trust that the rise in inflation is a temporary and temporary phenomenon, a consequence of the rapid economic recovery and demand after the collapse in prices caused by the pandemic.

“What we have to do is avoid what economists call the second-round effect, that is, that this rise in prices ends up permeating the rest of the economy,” said Pedro Sánchez, referring to the fear of a transfer of the rise from energy costs to other goods and services and to wages, which would imply even higher inflation.

2021 has been the year with most expensive electricity price in history in the wholesale market (also known as pool), with an average of 111.9 euros per megawatt hour (MWh), three times the previous year, as a result of the rise in gas prices and CO2 emission rights. With the new year, the upward pressure continues and this Tuesday the pool It has climbed to 223 euros per MWh, the highest record since the start of the year, but still far from the historical record of more than 383 euros reached at the end of December.

The futures markets -where electricity companies and ‘traders’ buy and sell electricity with delivery within a set period and serve to anticipate the prices expected by the sector for weeks and months afterwards – they predict that high prices will persist throughout the year. In fact, current prices raise concerns that the average price of the Spanish wholesale market could end this year practically doubling the price of 2021.

The prices at which investors are currently closing their operations anticipate a path close to 200 euros per megawatt hour throughout the year. Futures for February and March are at 220 and 204 euros, respectively. Investors, who are trying to hedge against risks in the face of uncertainty and market volatility, predict with their contracts prices of 185 euros per MWh for the second quarter, 201 euros for the third quarter and 193 euros for the last quarter of the year.