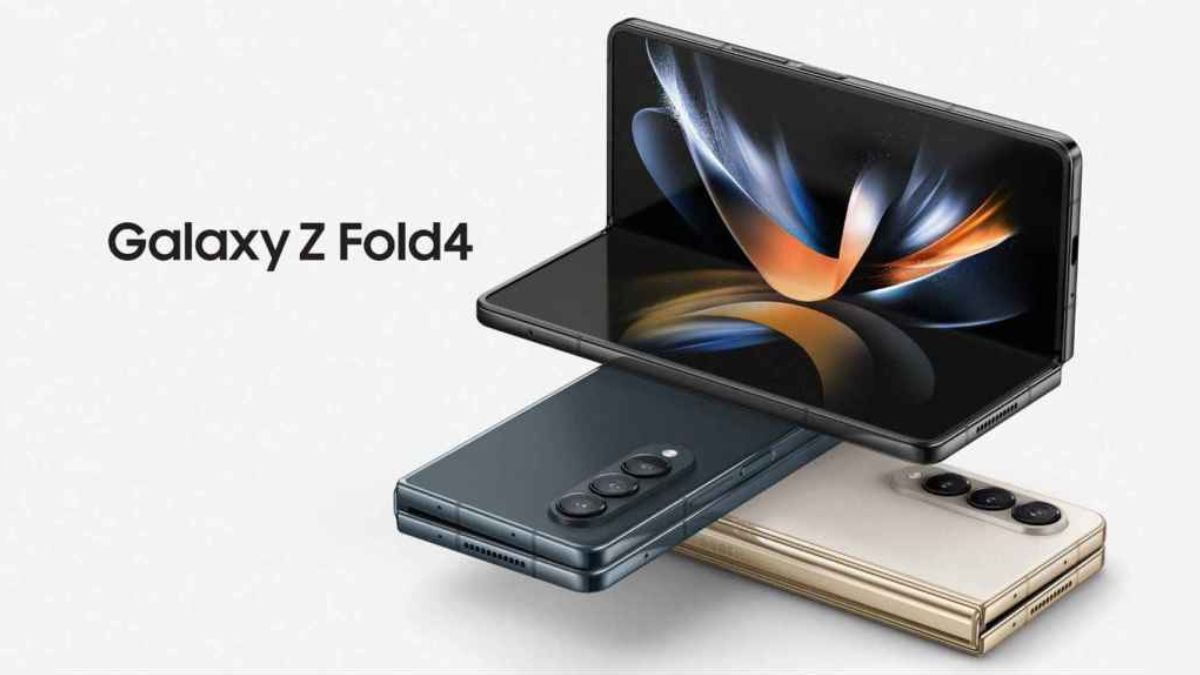 Share
Facebook Twitter LinkedIn Pinterest Email
Index hide
1 Samsung Galaxy Z Fold 4 will be the fourth generation of folding cell phones from the South Korean company that arrives in the country. Find out the details, here!
2 Share it with whoever you want
3 Related Posts

Samsung Galaxy Z Fold 4 will be the fourth generation of folding cell phones from the South Korean company that arrives in the country. Find out the details, here!

good news for Argentina! Samsung decided that the launch of its new product, the folding cell phone Galaxy ZFold 4, be carried out simultaneously both globally and for Argentina. In this note, we are going to review the characteristics of the device, its differences with its predecessor and its estimated price.

Initially, the worldwide release date is scheduled for the 26 of Augustalthough its pre-sale starts from August 10. In the case of Argentinathe official Web of Samsung so far it allows you sign up for pre-launchwhich will give you access to benefits such as discounts of 10%, a duo wireless charger, a silicone case or a Galaxy Watch4.

Galaxy ZFold 4, in detail: specifications, differences from Galaxy ZFold 3 and its estimated price in its different versions

The Galaxy ZFold 4 will come in 3 colors and with two variants storage. The foldable device features a with 256GBpriced at 1.$799 in the US, another 512GB integrated, in exchange for the same price (for a limited time, otherwise they will be $1,919.99) and the version of 1TBwhich goes up to $2159.99 but it will not reach our country.

Now, let’s talk about the cell phone features. We’ll start with the differences between Fold 3 and 4 which are not too many: without a doubt the most notorious is found with the processors Qualcomm that integrate cell phones, Fold 4 will receive support from Snapdragon 8+ Gen 1the same used in the Samsung Galaxy S22 Ultrawhile Fold 3 use the Snapdragon 888a previous version.

Another distinction is in the size and weight of mobiles. Galaxy ZFold 3 has in its entirety a weight measured in 271 gramswhile his new version will be lighter by having 263 grams. Also, Z Fold 4 will have a slimmer and smaller design to make it more comfortable in the hands of your customers.

Read:  Cell could return to Dragon Ball stronger than ever, all thanks to Frieza

What Unique features, Samsung Galaxy ZFold 4 with a screen of 7.6 inches with technology Dynamic AMOLED 2X Infinity Flex that will have the new protection Gorilla Glass Victus associated with the novelties provided by the Ultra Thin Glassthe new in glasses for Korean mobiles and that will increase the hardness in a Four. Five%. In turn your second screen will have 6.2 inches Y both will reach a frequency of 120 Hzideal for enjoying video games via the cloud.

We come to a key section of any cell phone: your cameras. This is where the considerable improvements appear, Galaxy ZFold 4 It has the following specifications: 50MP Wide Camera, 12MP Ultra-Wide, 10MP Front with access to 60fps, 3x Optical Zoom (2x in Z Fold 3) and finally the tool SpaceZoomwhich will allow you to see the smallest details of your captures.

The last thing we have left to review will be the drums, available colours and offers of Samsung. Yes ok Z Fold 4 will have a special charger capable of making him get a 50% battery in 30 minutes (according to Samsung), the fact that I continued with a maximum limit of 4,400mAh It would not seem to be enough for so many functions together in the same device, although time will have the last word.

However, the latter will be known exactly once several users and experts. For its part, Samsung Galaxy ZFold 4 has the colors greenish gray, ghostly black and beigeplus a special edition in the shade burgundyalthough for the moment it was only seen in the North American store.

In the same way, we are waiting for the revelation of the official prices for Argentinaand we can confirm the intention of the Koreans by accept healthy or broken cell phones and tablets as part of paymentthrough a Exchange Plan that will offer up to fifty% discount from the final price, a e-voucher up to 80,000 Argentine pesos and the possibility of 9 installments without interest . What do you think about the new Samsung?