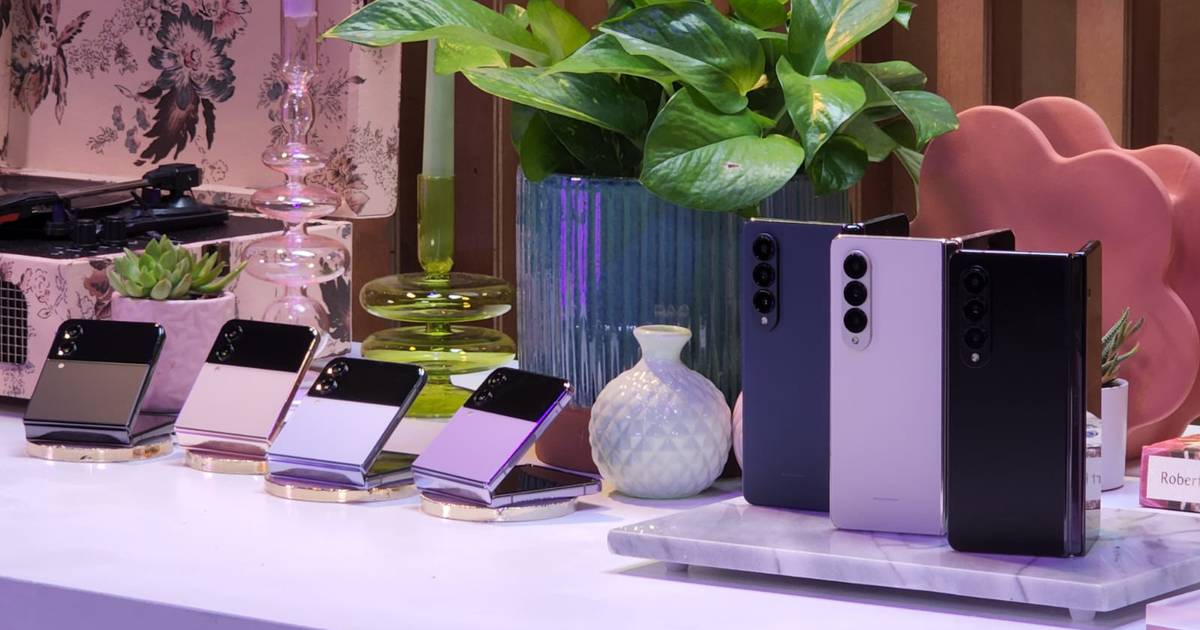 A new #SamsungUnpacked is taking place in New York City. After several years in telepathic mode, due to the pandemic, the technology giant decided to return to face-to-face events to launch their new folding devices. And it is that the great surprises point to a renewal of their smartphones in this category: they presented us with the Samsung Galaxy ZFlip 4and its most executive version Samsung Galaxy Fold 4.

FayerWayer had early access to the devicesand we tell you everything you need to know about them from the very city of New York, the place chosen again by the eastern brand to launch these titans.

Index hide
1 The folding boom
2 Samsung Galaxy Z Flip 4: the evolution of a device
3 Processor
4 Fold4: improving the excellent
5 Wearables for everyone: the new Galaxy Watch 5
6 The new generation: Buds2 Pro
7 Want to watch the launch event live? We leave you the link:

First of all, it should be mentioned that Samsung opened the market for foldable smartphones. They presented us with devices that “we didn’t know we needed” with an innovative and functional proposal. In fact, its figures suggest that in recent years this market has shown an accelerated rise. All a success.

And it is that with these two models, they present us with “foldable for everyone”, since the Flip line aims at a more youthful user, probably an active content creator and who is looking for a comfortable and easy to transport device.

While Fold, with its larger screen, points to productivity, creativity, being able to literally carry a tablet in your pocket, without using much space and using the main advantage of this proposal: that can be folded.

Samsung Galaxy Z Flip 4: the evolution of a device

Here we have to be clear: the folding ones have needed a constant evolution, since being an innovative product, the brand has been receiving feedback from the user experience to improve various aspects. This is very clear with the arrival of the new generation.

For example, the adaptive frequency of the screen expanded its range, going from 10-120 Hz, to 1-120 Hz. In its cameras, everything remains almost the same, except for the Wide lens: Although it maintains the 12 MP Dual Pixel F1.8, it now has an improvement in its microns, going from 1.4 to 1.8.

Pixels are measured in microns (µm), so (giving a simple example) if we have a 12Mpx lens with 1.4µm pixels and a 16Mpx lens with a 1µm lens, we will get better results with the 1.4µm lens. 12Mpx than with the 16Mpx. So it is an important aspect.

But many users think that the smaller a processor is, the less power it has and therefore, it has better performance. This is completely false, since the fight to reduce the size of the processors has a clear objective: to increase performance.

The truth is that when we talk about reducing the size of processors, what we are really doing is talking about transistors and their size. Reducing the size of the transistors gives us much more performance and energy savings. For this reason, companies always try to reduce the size of processors as much as possible, since it is summed up in more performance, greater efficiency and smaller size. What Samsung is clearly doing with its new generation.

The battery also has improvements, going from 3,300 mAh Dual to 3,700 mAh Dual. It also evolves its charging mode from an Adaptive Fast Charging to Super Fast Charging, which allows a charge of more than 50% in 30 minutes with a charger of 25W or more.

Although the equipment is slightly smaller (almost imperceptible, difference of millimeters), it is also a little heavier (almost imperceptible) going from 183 grams to 187. Water resistance is still IPX8. It is not a phone designed to take photos underwaterbut if you accidentally drop it in the bathroom, you will still have a smartphone.

On the cosmetic side, the Flip 4 comes in graphite, rose gold, Bora purple, and blue (which is actually a light blue) colors. There is also a custom version called Flip4 Bespoke. The invitation to “make your Galaxy your way”, being able to combine colors for the covers, as well as choose the color of the chassis as well. Quite an experience.

And the collapsible production vessel also had improvements. Samsung Galaxy Fold has direct improvements to its screen. In the previous Fold we had a 7.6″ Dynamic AMOLED 2X screen, with a range of 10 to 120 Hz, the so-called “Infinity Flex Display” (22008×1768), HBM 900 bits and support for S Pen. Now, it is extended to a range of 1-120Hz, its Infinity Flex Display gives a resolution of 2176×1812 HBM 1000 bits and continues to support S Pen.

The processor change is the same as that of its younger brother, passing the Snapdragon 888 to the Snaodragon 8+ Gen 1. It maintains 12 RAM and its 256 and 512 memories, depending on the version. The battery in this equipment remains as it is, with 4,400 mAh, but there are changes in its size.

Wearables for everyone: the new Galaxy Watch 5

Within the releases there was also a renewal of their Galaxy Watch. This time with two versions: Watch5 and Watch5 Pro. Both models show improvements in their composition, and the main differences between them point to their battery and resistance (by materials).

On the one hand, Watch5 is Aluminum, while Watch5 Pro is Titanium. In processor, both have the Exynos W920 (Dual Core 5nm). Ram 1.5 +16GB internal memories in both, and their screens covered by Sapphire Crystal. sizes? Watch5 comes in two: 40 and 44mm, while Watch5 Pro only comes in 45mm.

Sensors are maintained: heart rate, ECG, BP, BIA, continuous SpO2. And features like barometer, accelerometer, gyroscope, light and compass. But, as we said, there are differences in the batteries. Both add fast charging to its already excellent wireless charging. And in batteries, Watch5 has 284mAh and 410mAh respectively in its models, while Watch5 Pro jumps to 590mAh. The highest battery of the previous generation was a mere 361mAh.

Finally, the Buds2 Pro were introduced. With 24-bit Hi-FI sound (16 had the previous generation), its surround sound is incredible. With noise cancellation, but now intelligent and advanced (Advance Intelligent ANC), it can even detect the voice to activate it or regulate it according to the ambient noise.

In battery, a slight improvement, going from 472mAh of the previous generation to 500mAh which increased the playback time by one hour (from 28 to 29, yes, without the ANC activated). Bluetooth 5.3 crowns these headphones that come in black, white and the Bora violet which is Samsung’s favorite color for these recent releases.

Want to watch the launch event live? We leave you the link:

Wine tourism in Querétaro, 3 vineyards to delight your senses