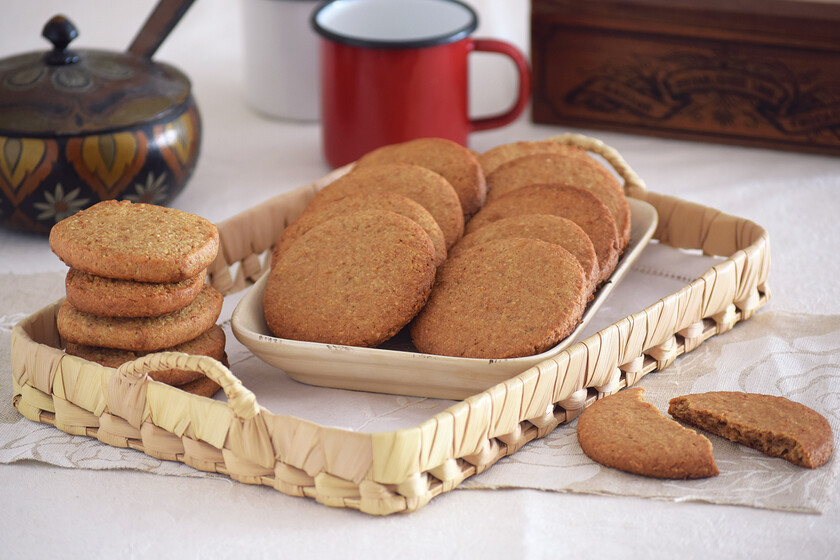 Santa Hildegard of Bingen he was one of the most influential figures of the late Middle Ages. Born in 1098 in the west of present-day Germany, she was a nun of the Order of Saint Benedict, a writer, philosopher, theologian, naturalist, composer, doctor and abbess, among other occupations. He died at the age of 81 leaving a prolific legacy and a fascinating life, in whose work we also find some exquisite cookies.

Officially canonized in 2012 and declared Church Doctor -title that only four women have-, his holiday is celebrated on September 17, the day of his death, many miracles are linked to his mysterious life and also after death, although it is his written work and the many activities and projects that he undertook the most valuable inheritance that claim the interest that his figure arouses.

Hildegard firmly believed that food also nourished the soul and spirit, and recommended taking one of his cookies a day to boost happiness, lift your spirits and control your nerves. Today the nuns of the abbey she founded continue to sell her sweets, with the recipe adapted to the current taste, and also the mixture of spices that, according to the saint, have such virtuous properties.

The key is in the combination of cinnamon and nutmeg, with a bit of clove, which were originally included in quantities that would now seem excessive to us; Not for nothing did the nun recommend eating them in moderation. A wise piece of advice that we remember when it comes to sweets, no matter how much happiness they bring.

After reviewing several versions of the recipe for these cookies, we have adapted to our liking the one that seemed most palatable to us and, in our imagination, closest to the one that the wise woman might have originally crafted. If you have spice mix for gingerbread (Lebkuchen), is a good recipe to use, and your house will start to smell almost like Advent.

We have also divided the dough to form the legs following the two most common methods, simply to offer two versions slightly different from the same: stretching and cutting the cookies with a round cutter, and cutting discs from a roll of dough, more rustic. In both cases, it must be refrigerated for at least two hours.

Arrange the butter in a large bowl with the sugar and beat with a few electric rods about three minutes, until obtaining a homogeneous cream. Add the eggs and beat a little more until incorporated. Separately mix all the dry ingredients plus the lemon zest.

Add the lemon juice to the butter mass and immediately afterwards the dry mixture. Beat on low speed or use a large spatula, working the dough until it is smooth, smooth and smooth. Divide into several servings to work it more easily (in our case, four). 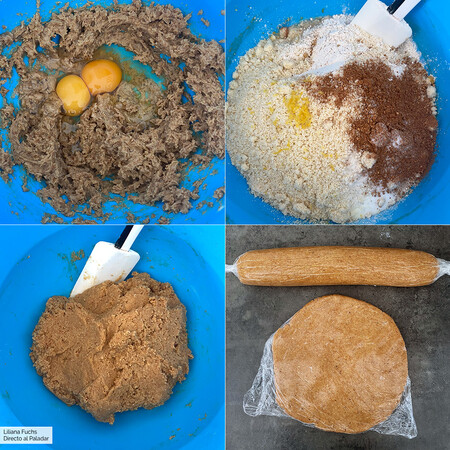 If it is going to be stretched with a roller to cut with molds, flatten into discs one finger thick; if you prefer to cut with a knife, form cylinders of the diameter you prefer. In both cases, wrap tightly with plastic wrap and refrigerate about two hours, or all night.

Preheat the oven to 180ºC with heat up and down, without air, or at 170ºC with air, and prepare some trays with non-stick baking paper. Take a portion of dough out of the fridge at a time.

To cut the cookies, roll out with a roller leaving a 5-6mm thickness and use a round cutter or a fine rimmed glass. Arrange them slightly apart on the tray and continue to knead the dough until finished. If it sticks, stretch it between two sheets of release paper. 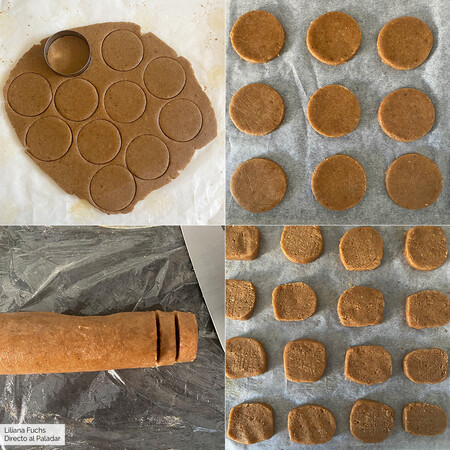 For the cylinder format, unwrap the film on a work table and cut discs rather thick (not less than 5mm) with a good sharp knife. Rotate the dough cylinder from time to time so as not to deform it too much.

Bake one tray at a time for about 12-15 minutes, until they start to brown around the edges, making sure they do not burn. Wait a few minutes out of the oven before transferring to a rack to cool completely. 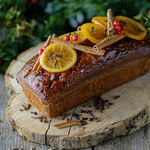 These comfort cookies ask for a drink at the same time, so ideally we will choose something smoky that warm the soul -and the stomach-. A simple coffee, infusion or tea to our liking will be more than enough, although we can also prepare a pumpkin spice latte, a spiced wine or a non-alcoholic apple punch.