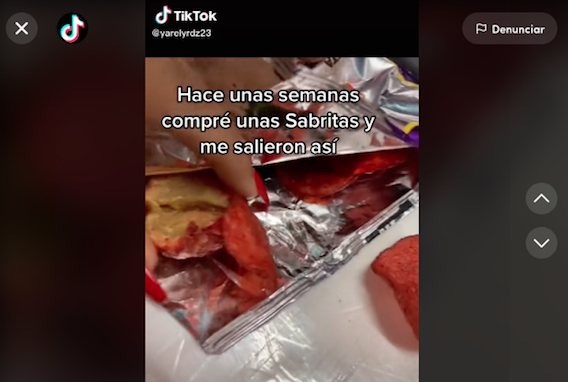 After receiving a complaint through social networks, Sabritas has managed to recover the preference of a consumer thanks to a simple gesture.

One of the greatest challenges facing brands today is to generate empathy with their consumers; More than empathy, many times, what is sought is that there is a relationship that goes beyond company-client.

Today, even, consumers look for brands with which they can feel identified, especially in a context in which trends increasingly focus on issues of inclusion, sustainability, among others.

The new generations, according to various studies, are the ones that are marking the steps to follow and, in this sense, it is the companies that must adapt to this new niche of consumers, one that shows more loyalty to the brand and that is become, more than a client, a kind of partner.

Based on these latest data, which began as a complaint against the services of Sabritas, one of the most recognized brands in Mexico, it became one of the simplest and, at the same time, most profitable strategies for the brand.

It all started with a complaint filed on social networks in which a Sabritas consumer stated that, after buying a bag of chips, the product was found to be defective.

As in these cases, the brand, through its Community Manager, responded to the claim, promising to provide a solution.

Weeks later, according to what the user explains, A package arrived at his home that included bags of Sabritas potatoesbeing this gesture the one that managed to compensate the mistake made by the brand.

The video that was shared on TikTok has already racked up over a million likes and in turn over 10 million views to date.

This, as we mentioned above, shows that what brands are looking for is that type of consumer who, in some way, makes them part of their daily lives.

More than a client, what is intended is to find a companion or partner for life, and that, in turn, is what the new generations seem to be valuing most when choosing a company or a brand.