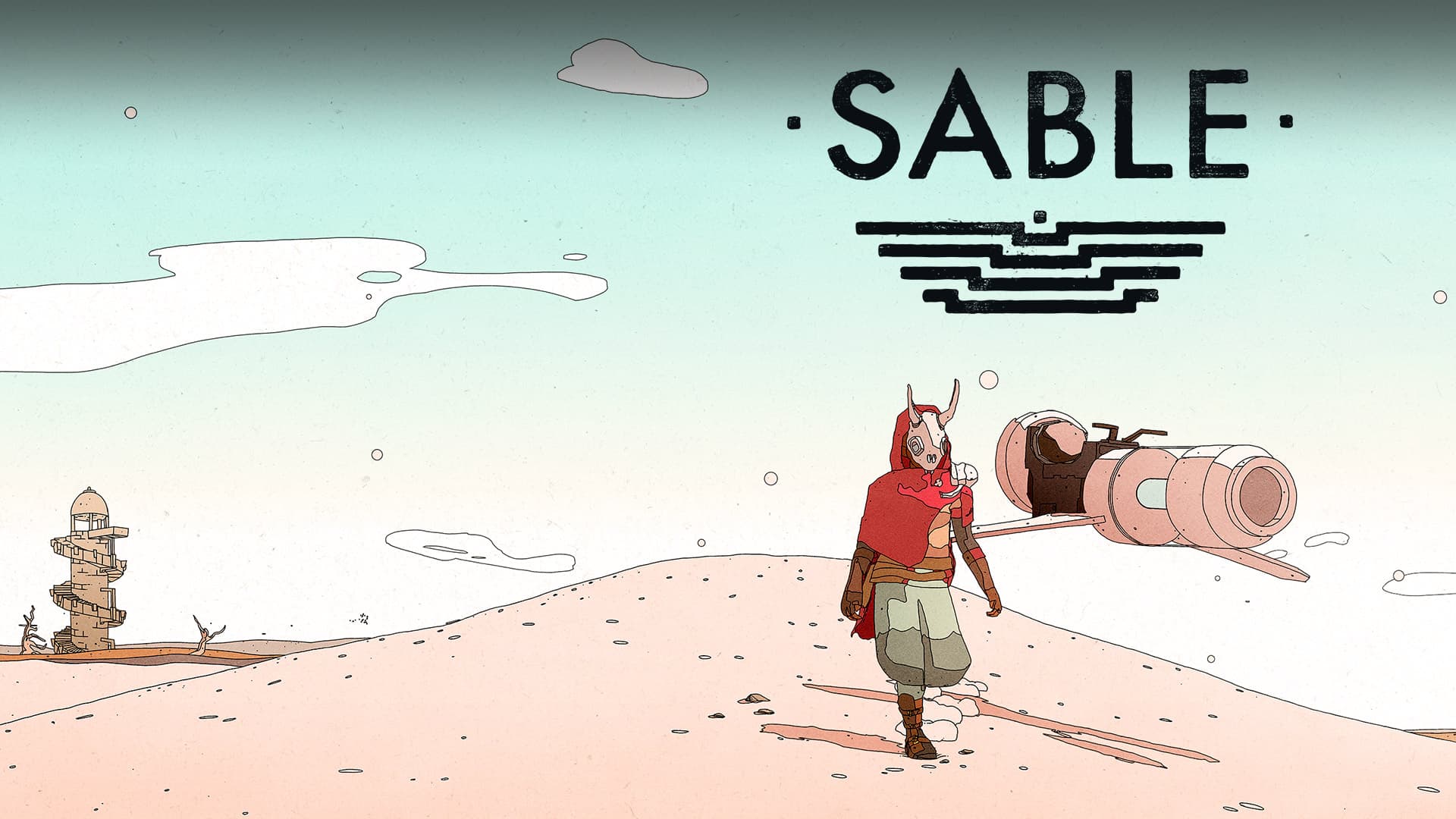 Many times, we find in social networks the classic debate of whether the AAA video game industry is, more and more, simplifying to create blockbusters developed in mind to sell millions and millions of copies, regardless of how the final result will be (finding ourselves with disappointments like Marvel’s Avengers or the fatigue that is breathed around the Call of Duty franchise). And in this debate, many users position themselves in the opinion that, at this moment, it is the indies who offer small, simpler, but more unique experiences, which make them stand out among so many video games. Today, we have to talk about Sable, and why it is a small jewel that lacks a lot of polish, in this Sable analysis.

A few E3s ago (specifically 2018) where we saw Sable for the first time, the work of Shedworks that entered mainly through the eyes, using that artistic direction that is so close to the creations of the artist Jean “Moebius” Giraud. A game that at first glance seemed like a very relaxing, very personal adventure, and that, after finishing the title, we can confirm that it is practically what we expected of it: beautiful in the artistic, relaxing, intimate, but with many flaws and lack of polish, that ugly a set that could have touched excellence.

Index hide
1 A journey of personal discovery
2 Speaking of the world and its exploration …
3 Even with these mistakes, Sable is, without a doubt, a little gem

A journey of personal discovery

Users who have not read much about Sable, when they see the game the first thing they think: what is it about? Since it does not follow a very common structure in current video games (flee from the fighting, the gigantic maps full of questions and symbols to discover or even that the character may die), Sable may seem, at first, a very simple game, but This is where it stands out, in the simplicity of its gameplay, its world, its history. Since titles like Journey came onto the market, we have been able to see how they inspired many later works such as GRIS (developed by the Catalan studio Nomada Studio), where the trip we made and its audiovisual direction prevailed above all else.

Sable puts the same aspects as a priority: his artistic direction and his soundtrack (which contains musical pieces that remain etched in our heads) and the journey that our little protagonist named Sable lives. Although the plot could be much better carried out, since it leaves so much freedom to the user to discover for himself the missions that have to be done, that there comes a time when you feel totally lost, sometimes taking you out of the experience, there is to say that the background is much more than meets the eye. Without gutting much, the story of our little girl is one of personal discovery, of finding our place in the world, while we are finding out and learning thanks to other characters and their personal stories, something not far removed from what can happen in real life.

Speaking of the world and its exploration …

Here the title gives us one of lime and another of sand. Their world is recreated in a spectacular way, separated into totally different areas, with unique tribes / clans, and that give us the feeling of being in foreign territory. The way in which we discover the map takes a lot from The Legend of Zelda: Breath of the Wild, both in the freedom it gives us when exploring, how we put the marks ourselves to mark a place, and even the idea that, from a very high place, we can discover interesting places without the need of a map. In this regard, Sable approaches exploration in a very natural way..

But not everything can be beautiful, and Sable also has aspects that are weak or that lack some polish. To give a very clear example: the mobility of our character while climbing is very weighed down many times, since at the minimum that it notices a flat surface, it will rise, and it can get hooked. Although it seems like a silly and unimportant failure, when you have been behind your back for 7 hours, it ends up tiring and weighing down the experience. On the other hand, the flying bike’s handling is great, giving an excellent fluid feel, but it has a lot of flaws, especially in jumps or abrupt turns, where the “wings” collide with the ground and begin to do strange things, even getting bugged and having to load a game. In addition, there are many performance problems in framerate drop issues that should not occur (and less in a Series X, where we have analyzed the title).

Finally, let’s talk about the camera, and how it is the biggest flaw in the entire game. Sable takes place in very open spaces, where the camera does not meet any obstacle, and there it works perfectly. But when he has to work indoors, it is a real headache, since every time he collides with any surface, he goes completely crazy and begins to move closer and further away from Sable., which can make the user dizzy (which has happened to us, and not once or twice).

Even with these mistakes, Sable is, without a doubt, a little gem

Shedworks’s work has, like all games, lights and shadows. But What is totally undeniable is the wonderful sense of freedom and exploration that we feel, the same that Sable must feel as he lives his own journey through this exotic world that is presented to us. Traveling aboard our flying motorcycle, while the music composed by Japanese Breakfast plays, and we go through the different parts of the world is a real delight. It is noted that the study has worked hard to give a totally different feeling to each city or town, so that it does not feel repetitive at any time. Special mention to the missions to get the different masks of the tribes, since there are some that are to be framed.

As a final touch to this analysis, it only remains to recommend Sable, since in one way or another, we will connect at some point with the journey that Sable has to live during the hours that this title lasts. Artistically and sonically gorgeous, it knows which keys to hit to make you fall in love in a second (the introduction of the title is majestic), and even with flaws (the title is in perfect English), it is one of the most “personal” indies that we can find right now in the market. Now, If you have gotten the bug to put yourself in the shoes of the little Sable, and travel the vast world with her and your flying motorcycle, take a leap of faith and do it. Maybe you discover something about yourself along the way.

this is the latest craze with the classic shooter, after moving it with potatoes and pregnancy tests