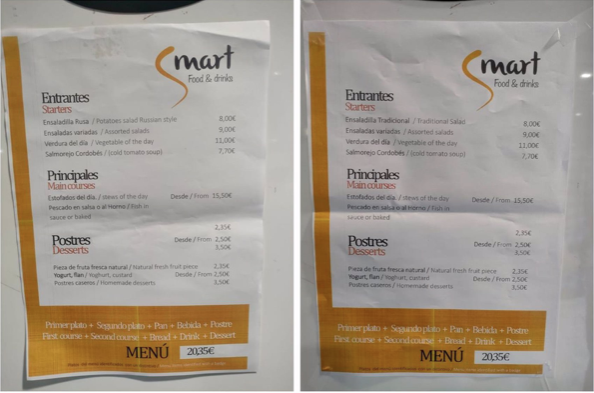 On June 28 and 30, the NATO summit was held in Madrid, Spain, where the main topic was the war between Ukraine and Russia. And although that was the central theme, another emerged between the ridicule and the popularization of the digital pulse of journalists, so the organization of the summit had to change the name of one of the most requested dishes in the cafeteria of the press center after, through it, “Russia” was present at the meeting of the leaders of the Atlantic Alliance… the famous “Russian salad”.

This Wednesday NATO approved its new plan in response to the Russian invasion in Ukraine, where it presented a project that includes a greater US military presence in Europe, especially in the east of the continent, as well as a comprehensive assistance package for Ukraine, including fuel, medical supplies, bulletproof vests and anti-drone systems.

The North Atlantic Treaty Organization (NATO) is an international political and military organization made up of 30 countries from North America and Europe. As detailed on their website, its main purpose is “guarantee the freedom and security of the member states”, with a commitment to peaceful conflict resolution.

Russia the most important and direct threat to security

In its new “Strategic Concept” (the document that defines the role of the alliance in the next decade), approved at the Madrid summit, it was defined that “Russia is the most important and direct threat to security.”

Read:  Argentina takes its claims to Biden at the Summit of the Americas

However, while this new concept was being carried out, an avalanche of ridicule forced the organization of the NATO Summit in Madrid to rename one of the dishes most requested in the cafeteria of the press center, since he “represented Russia at the event.”

It all started when the international journalists invited to cover the Summit unleashed the mockery on social networks after the Ifema cafeteria menu included the Russian salad among its dishes.

The menu in #NATOSummitMadrid It included how Russian salad entry, very doc with the event. #NATOMadrid2022 #NATOSummit pic.twitter.com/Ym30k1MHrC

However, according to what the communicators report, two days later the dish of discord disappeared from the menu and was replaced by another equal in which the reference to Russia is avoided.

The menu presented this Thursday offered a traditional salad, which although it seems an unimportant topic, it is not the first time that this dish that is known throughout the world has undergone a name change for political reasons, since during a few years after the war Spanish was renamed “national salad”. I don’t know very well who gave the order to remove the name of the Russian salad from the menu of bars in Franco’s Spain, but, today, there are those who claim that it was Franco’s order to stop the Jewish-Masonic collusion.

In that sense, this represents that wars, coups, and other strong social movements generate great changes that even they come to affect the menu, the brands and even the tastes of the people. More today that we live in a more digitized world and where everything that happens in the various countries and continents can become with just a click, in a global fight without even being suffering from it on the front line.