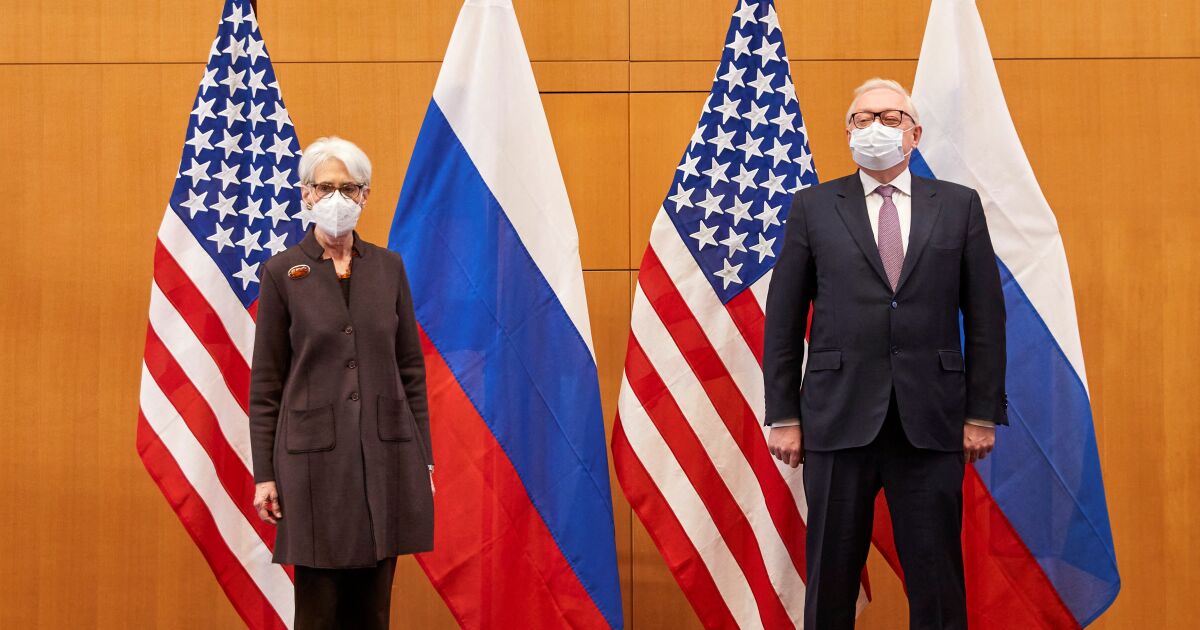 The Russian Deputy Foreign Minister welcomed that the United States takes seriously the Russian requests for its security, first of all the legal guarantees that NATO will not be expanded, especially to the ex-Soviet pro-Western countries, mainly Ukraine and Georgia.

“We have the impression that the US side took the Russian proposals very seriously,” he said, after “difficult, lengthy, professional” negotiations.

According to him, “the situation is not hopeless” when for a few weeks the situation had not stopped deteriorating, in particular due to the deployment of tens of thousands of Russian soldiers on the borders of Ukraine.

But, he considered, “the risks related to the worsening of the evolution of the confrontation should not be underestimated.”

US Secretary of State Antony Blinken played down the expectations of the high-level talks.

“I don’t think we’re going to see any progress in the next week,” Blinken said in an interview with CNN on Sunday.

The Secretary General of NATO, Jens Stoltenberg, shared a point of view similar to that of Blinken and ruled out that Monday to be able to resolve the security crisis in Europe this week, although he trusted that the different meetings scheduled with Moscow will allow to open a process that avoid a new armed conflict on European soil.

Will we see Jedi Fallen Order 2 at Star Wars Celebration? |

This Google AI can create images with a short description

Dating app “Lonely Ape” closed due to lack of women