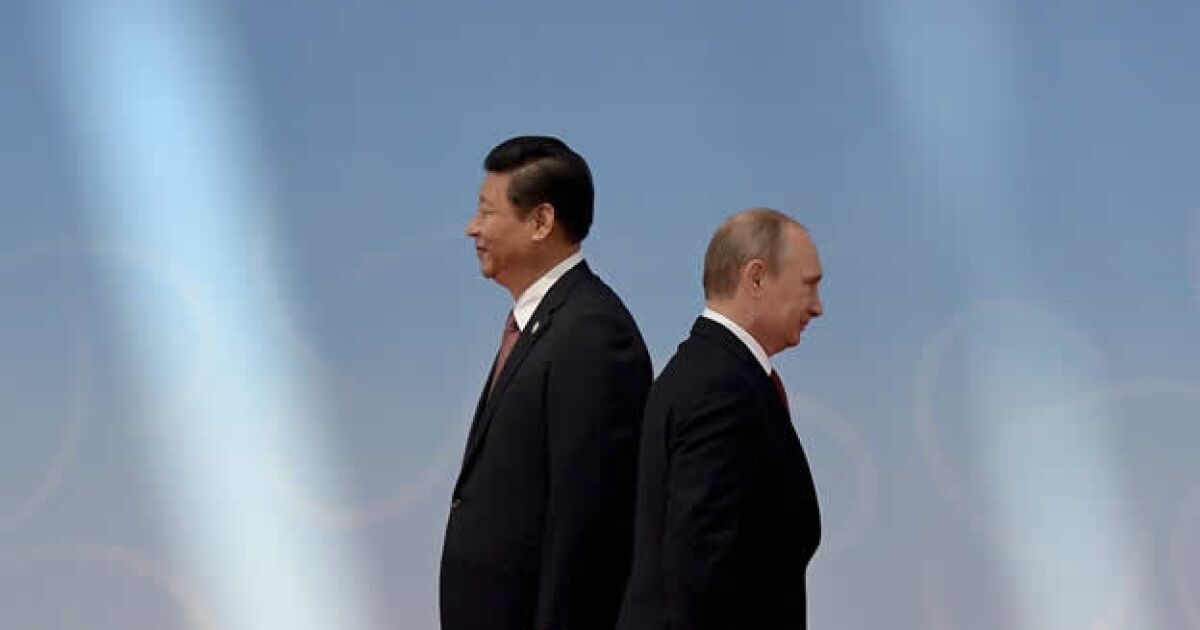 Putin’s top diplomat, Sergei Lavrov, in his speech to the United Nations General Assembly on Saturday, took aim at Washington’s position on Taiwan, as well as Western sanctions on Moscow over the war in Ukraine.

“They are playing with fire around Taiwan. Also, they are promising military support to Taiwan,” Lavrov said.

Putin explicitly backs China on Taiwan. “We intend to firmly adhere to the ‘One China’ principle,” Putin said last week. “We condemn the provocations of the United States and its satellites in the Taiwan Strait.”

Asked last week in an interview on CBS’s 60 Minutes if US forces would defend Taiwan, Biden replied: “Yes, if there were indeed an unprecedented attack.”

The statement was the most explicit to date on the commitment of US troops to defend the island. It also seemed to go beyond a long-standing US policy of “strategic ambiguity,” which makes it unclear whether the United States would respond militarily to an attack on Taiwan.

Moments before Lavrov, Chinese Foreign Minister Wang Yi said that Beijing would continue to work for “peaceful reunification” with Taiwan, and combat “separatist activities” toward Taiwan independence, while taking strong measures to oppose any outside interference.

“Only by resolutely preventing separatist activities can we forge a true foundation for peaceful reunification. Only when China is fully reunified can there be lasting peace across the Taiwan Strait,” he said.

His comments come a day after a 90-minute meeting in New York with US Secretary of State Antony Blinken, their first talks since Pelosi’s visit to Taiwan in August.

After the meeting, China accused the United States of sending “very wrong and dangerous signals” on Taiwan. Blinken told Wang that maintaining peace and stability in Taiwan was of vital importance, a senior Biden administration official told reporters.

China considers Taiwan as one of its provinces. Beijing has long promised to bring Taiwan under its control and has not ruled out the use of force to achieve this.