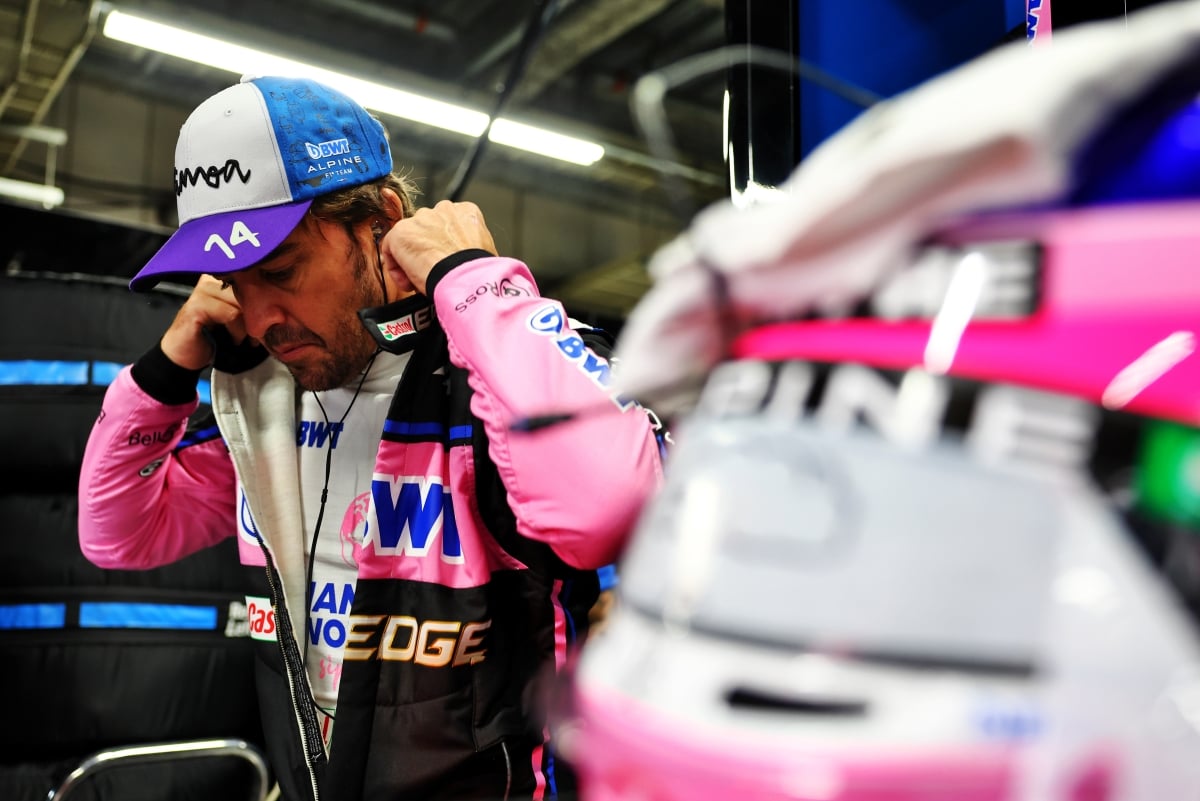 Much has been said about the tensions and problems between Alpine and Fernando Alonso. However, in these last months of the Spanish driver in the team it is becoming clear that there is no rancor between the two parties.

The relationship between Fernando Alonso and Otmar Szafnauer, his team manager at Alpine, is probably not the most cordial. But what seems more than contrasted is that the Spanish rider is highly appreciated by Luca de Meo and Laurent RossiCEOs of Groupe Renault and Alpine Cars respectively.

Laurent Rossi is in charge of managing the French brand, but he is fully involved in the Formula 1 team and is the main architect of the departure of Fernando Alonso. The French engineer personally decided that it was not convenient to offer the 41-year-old two-time world champion a two-year contract and that led to his departure to Aston Martin for 2023.

“Honestly, I tell you that Fernando is very strong on the track but impresses off it”

This was recognized in his first statements after a convulsive summer in Alpine and he reiterates it now that more than two months have passed since that August 1 in which Alonso confirmed his departure.

Index hide
1 The best driver in the world
1.1 A very difficult professional to replace
2 The Ronaldo of Formula 1
3 Without resentment, with total admiration
3.1 Fernando Alonso delves into Alpine’s injury and anticipates a sanction

The best driver in the world

It is more than evident that Laurent Rossi and Fernando Alonso have a different point of view regarding the future, but nothing that has happened has changed the relationship between the two, nor has the admiration of the Frenchman for the Spaniard.

In addition, the fact that Fernando Alonso is going to leave frees Laurent Rossi from the need to save face or to give Spanish an ear for free. When a pilot arrives at a team everything is praise, but the same does not usually happen when he goes to the starting gate.

“I personally think he is one of the best, if not the best driver in the world right now.. Even if he is going to leave, I still believe and appreciate him. In the history of Formula 1, if things had gone a little differently for some reasons, he would have multiple, multiple, multiple titles », he has recognized in a interview granted to Marca.

“To be honest, it is very likely that in two years I will be performing like I am now, but we couldn’t do it.”. That being said… we are all very sad that he is leaving, very sad. I have said it to him and now I repeat it. Fernando is the greatest champion we have had at Renault, period. And it is very sad to lose the best, period, ”says Rossi.

A very difficult professional to replace

It is already a fact that Fernando Alonso will leave for Aston Martin at the end of the season, just as it is almost confirmed that Pierre Gasly will take his place at Alpine.

Laurent Rossi is aware that it will not be the same, but he also argues that the team is not at the right time for Fernando Alonso. “It’s difficult, because you can’t replace a world champion, let alone one so good at developing cars.. It will be very difficult. Honestly, I tell you that Fernando is very strong on the track but impresses off it.

“To be very transparent, we all continue to believe that he has the potential to surely be world champion if I had a capable car. But the car isn’t, yet. Fernando is clearly much better than the car”, laments Rossi.

Read:  KIA announces the launch in Europe of an electric SUV larger than the Sorento

“We lose Fernando, but he hasn’t really been able to show his full potential, so it doesn’t change our situation much. I’m sad that he’s leaving, but it would be worse if he left in three yearswhen we have the car to win and only he can take it to the championship, “reflects the CEO of Alpine Cars.

The Ronaldo of Formula 1

Laurent Rossi even makes a comparison with Cristiano Ronaldo, acknowledging that a driver of his caliber deserves to be in a team that fights for everything and not for fifth positions.

“It’s like having Ronaldo playing in a small team, which is what we really still are., instead of at Real Madrid. It is good that they play in the fifth or sixth team, but you know that they will not get their maximum there.

“It annoys us, because that Ronaldo has made us grow, but maybe we will find a pilot with a little less prestige, but with room to improve. And it will be important that when we get to that position of being in the top three, then we have riders capable of getting there », he hopes, excited.

Without resentment, with total admiration

Alpine has missed the odd opportunity to get on the podium this year and even Fernando Alonso has publicly shown his frustration at having lost numerous points as a result of errors and breakdowns.

Something that, in the opinion of Laurent Rossi, only emphasizes the professionalism and commitment of Fernando Alonso until the last day.

“For now, the car is the limitation, not the driver,” he emphasizes again. «It is not easy to lose Fernando. We are going to continue, it does not change the course of our plan, because we were not taking advantage of everything he has. If I had more points, a more reliable car… but we are not in that situation and that is where a driver in this category puts the extra point. Even though he tried hard, the car wouldn’t let him.”.

Fernando Alonso delves into Alpine’s injury and anticipates a sanction

«That he is frustrated by not finishing a race shows what it is. You could go home, think “I don’t care”. But no, she complains because she wants to keep moving forward and that’s great. Believe me, in briefings, in the office… he is always pushing to improve the team », he points out proudly.

“The fact that he is leaving does not change my idea of ​​him as a driver or as a person. There is no resentment. He is a super professional and continues to do an exceptional job, which gives even more idea of ​​his greatness»concludes Laurent Rossi.

It is clear that, for Laurent Rossi, Alpine will always be the home of Fernando Alonso.

“John Wick 4 is the hardest movie I’ve ever made”