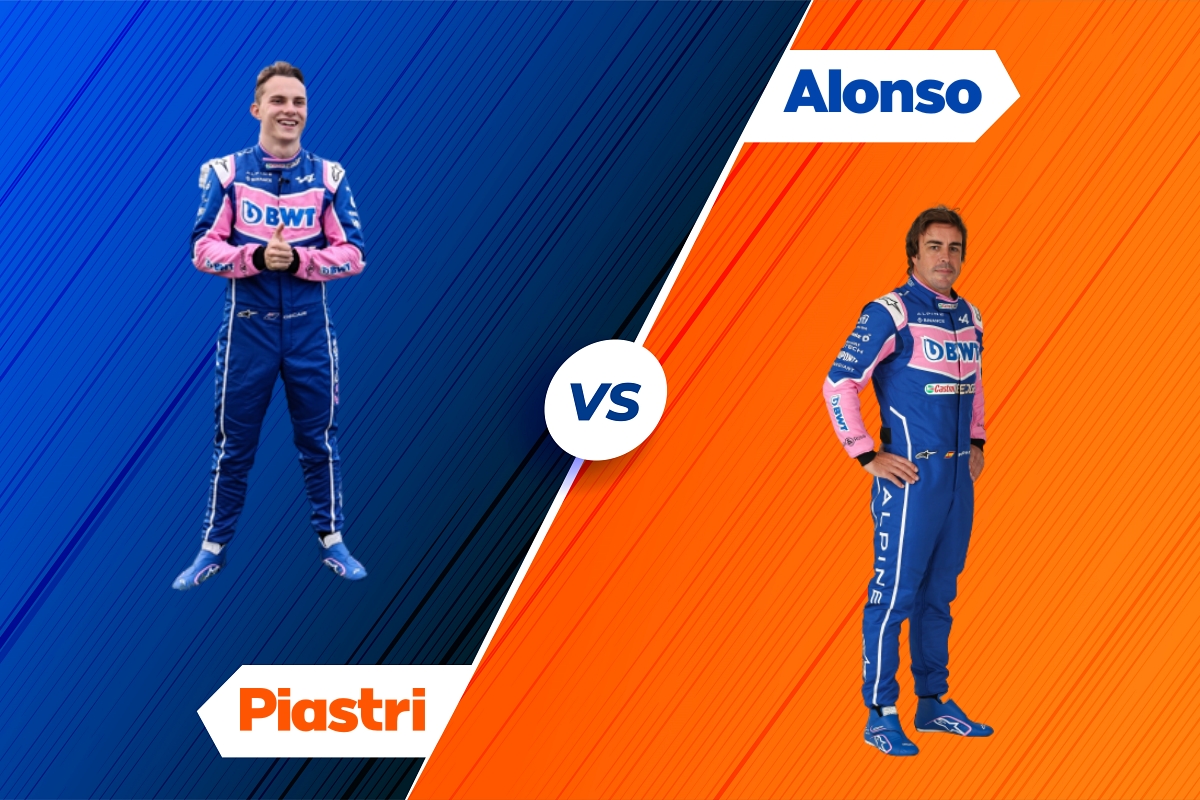 It is already evident: Alpine is not clear about the renewal of Fernando Alonso and admits that Oscar Piastri is a serious option for 2023. Although Laurent Rossi recognizes the value of the Spanish driver, he does not rule out betting on the driver who considers the future of the team.

Fernando Alonso He has known this for a long time and it is not surprising that, as a result, he recently declared that he has to see «what chance there is between the teams that have a chance of winning in the coming years. So that will be the priority when I plan to talk about the future.

But there was no public record that Alpine had doubts about the continuity of the two-time world champion. Now yes. Because, although Luca de Meo’s statements could hint at something similar, the truth is that they were far from conclusive. Rather neutral.

but it has arrived laurent rossi, who, although he has only been in Formula 1 for a short time, is already well known for his forcefulness, and has made everything very clear. Crystal clear even.

The CEO of Alpine Cars remains very involved in the Formula 1 team despite the fact that at the beginning of the year he delegated the management of the team to Otmar Szafnauer. But the fact of having the Romanian in charge does not prevent him from closely following the evolution of the brand in the premier category and even being an active part of the day to day.

And, in that day to day, Fernando Alonso is the protagonist. Not only because of his sports contribution this season, but because of the increasingly notorious commotion regarding his continuity, or not, in Alpine.

Index hide
1 Fernando Alonso or Piastri?
1.1 Alonso: the frustration of recent years and what it’s like to compete only for points
2 Alpine must convince Alonso… and Alonso to Alpine

Alpine must decide who will accompany Esteban Ocon in 2023. On the one hand, the two-time world champion who is offering a level as high as ever, but who will soon be 41 years old. On the other hand, the bet on the future that has won everything in the lower categories, but has not shown anything in Formula 1.

That is the diatribe that Laurent Rossi must solve, who does not hide that one of the main reasons why Fernando Alonso was signed was to enhance the brand image in Spain.

“Spain is a great market for Alpine, and for Renault in general,” admits the French engineer, now a leader. “Our idea and that of our sponsors of partnering with Fernando was always to have great visibility in the Spanish market. And it has worked, because it is taking off. We’ve opened stores, more than we used to have, and sales are going up.”

But Alpine has a plan for the future and Laurent Rossi is not sure that the ideal would be to renew a driver who is near the end of his Formula 1 career. That is why Oscar Piastri is a real possibility for 2023.

“It is a situation that many teams would like to have, honestly. But I still have a lot of time to solve it, because everyone knows that contracts are made in septembersince there is always that cyclical pattern in the middle of the year, ”says the CEO of Alpine Cars initially.

Alonso: the frustration of recent years and what it’s like to compete only for points

“Yes, it is possible, obviously. As long as Oscar can drive, which is a very important thing for me, because Oscar is a driver who counts a lot for the future of Alpine. But right now there are many hypotheses in the air. Honestly, right now it is the last thing we are discussing with FernandoBecause for now what we need to do is look at the performance of the car and the track.”

This point is important, as Alpine cannot afford to have Oscar Piastri another year without a starting seat. And it is that the pilot himself has already made it clear: if so, you will leave the mark and look for options on your own.

Alpine must convince Alonso… and Alonso to Alpine

That is what Laurent Rossi comes to say when he is asked about the confidence that Fernando Alonso may have in The plan from Alpine.

“I think it’s a two-way streetWe have to convince each other. He is an excellent pilot, obviously, and we, when we have to discuss his contract, we will try to convince him », he begins.

“And vice versa. we have a good team, we will put a good ‘staff’ in place, it is a long-term plan, we are only in the first step of our plan, we are attracting a lot of talent and we have a lot of pieces that we can build and place on your site that will be an example of our ambition in the project. The path is two-way”, says Rossi.

The decision has not been made and it will be weeks or months before we have an answer, but the mere fact that there is doubt is already news in itself. «Yes, it’s nice to have a young talent trained in Alpine and to be able to build the future from himbut it’s also good to have Fernando helping us make great progress and helping with his experience.”

“And then we will have to assess, at that crossroads of renewal or making a new contract, what counts most in your long-term strategy. And it will have to be discussed. This is what we need to discuss with the two drivers”, concludes Laurent Rossi.

Let Alpine prepare, because this issue is going to grow in intensity and extending it until September could end up being very counterproductive for the Anglo-French formation.