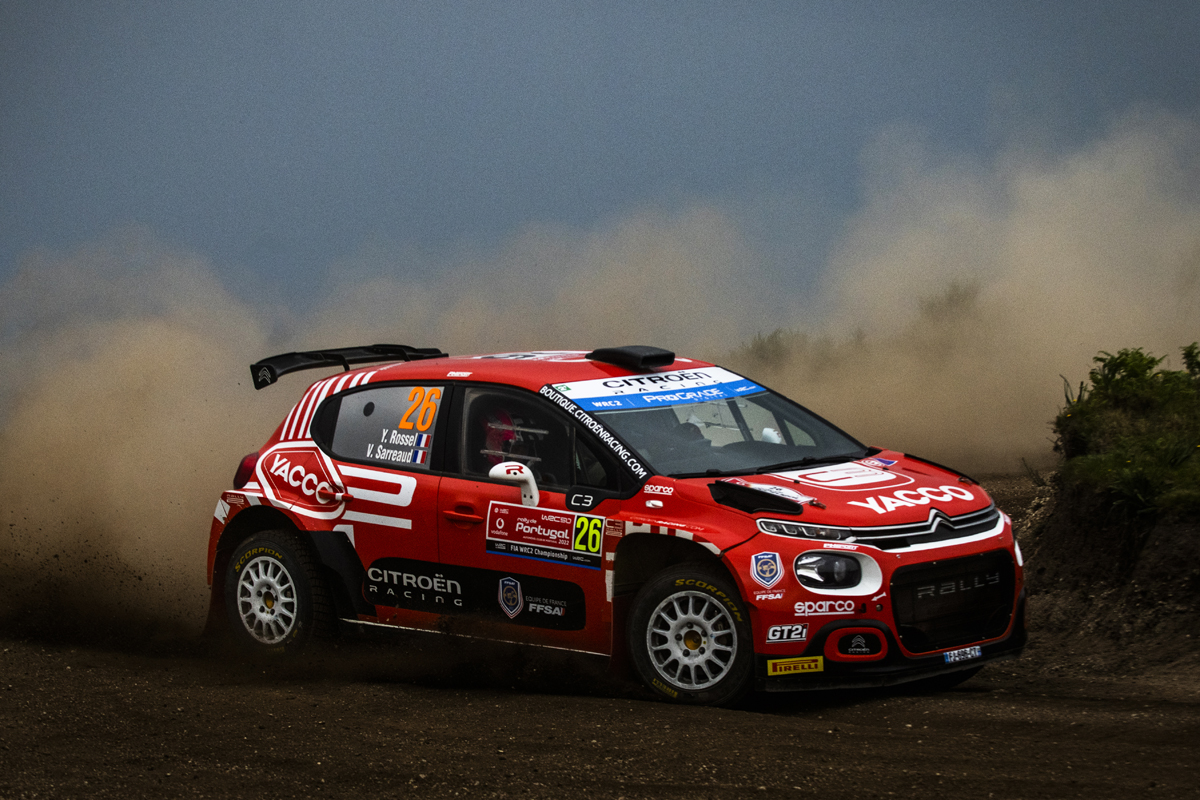 The Rally of Portugal not only gave Kalle Rovanperä victory at the general level, but also the successes of Yohan Rossel in WRC2 and Sami Pajari in WRC3 Junior. While the resolution of the silver class took place in the same Power Stage, at which time Teemu Suninen had an exit from the track that handed the victory to Rossel, In the category that replaces the Junior World Championship, the script was quite flat and Sami Pajari authoritatively controlled the development of the rally. Almost from the first section.

Yohan Rossel seems determined to clinch the WRC2 title, despite competing with a Citroën C3 Rally2 that is far from being the most competitive car in the category. The limited involvement of Citroën in the project, unlike the support offered by Skoda, Hyundai or M-Sport to its drivers, does not seem to stop a Rossel who has two victories in three eventsresults that serve to add 61 points in the general. Also with two victories appears Andreas Mickelsenbut limited by its abandonment in Portugal, it has 51 units.

Behind the two great protagonists so far this season appears, without making much noise, Kajetan Kajetanowicz. The Pole began his program in Croatia and in the two rallies he has contested he has managed to finish second, which allows him to score 38 points. Leaves Chris Ingram behind, fourth with 31 units. For his part, Nikolay Gryazin is fourth with 27 units, although the Russian has not competed in the WRC2 category in Portugal, despite being present at the event with his usual Skoda Fabia Rally2 Evo.

As regards the WRC3 category and the WRC3 Junior ‘subcategory’, the result at the Rally de Portugal was the same, victory for Finn Sami Pajari. The suomi driver is at the head of the WRC3 Open category -global class- with two victories. The Finn has 62 points, for the 43 added by his compatriot Lauri Joona. For his part, the Italian Enrico Brazzoli is third with 33 units, although it is true that the Italian has not been present in Portugal. For his part, William Creighton is fourth, although without going over 30 points after abandoning him in Portuguese lands.

Very different is the scenario in WRC3 Junior. The usual Junior World Championship, despite the fact that it is carried out with ‘Rally3’ vehicles, played its third round of the season in Portugal. Despite not having his best performance and finishing fourth, Jon Armstrong remains in front of the general with 67 points, one more than Lauri Joona adds. For his part, Sami Pajari has also got fully into the fight for the title with his victory in Portugal, correcting his abandonment in Croatia. Pajari has 56 points, seven more than Robert Virves.

Steve Jobs will receive the highest recognition from the US government.