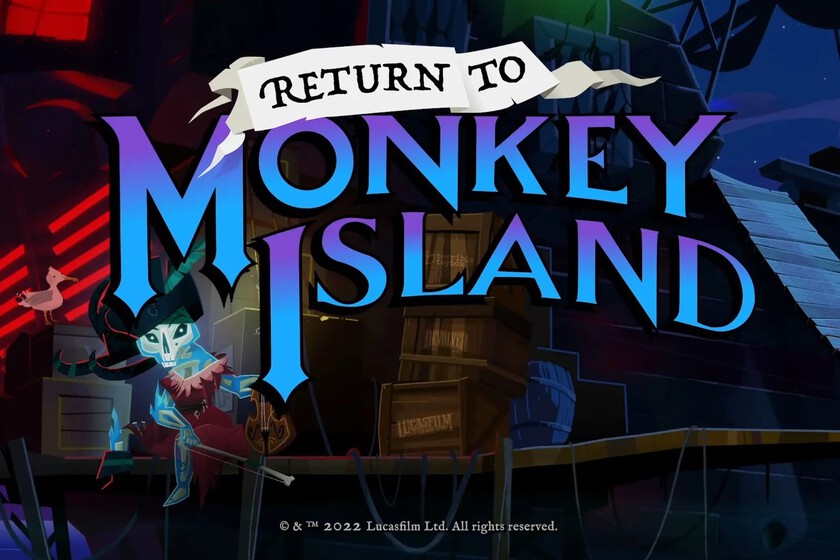 For many, one of the news that occurred yesterday is one of the biggest bombardments that we have witnessed so far this year, although it is not for less, because Monkey Island will come to life with a completely new installment under the name of Return to Monkey Island, which in turn will be a direct sequel to Monkey Island 2: LeChuck’s Revenge.

Ron Gilbert, father of the saga, dropped the ad just like that with the video that you have accompanying these lines. The funny thing is that actually he himself presented the title a few days ago, but at that time nobody believed him and it seemed that it was an innocence, since he could not think of anything else to reveal it in April’s Fool, the day of jokes that is celebrated on April 1.

However, the truth is that it was all a plan that Ron Gilbert himself had orchestrated almost a decade ago. To do this, we must go back to 2013, when posted a message in which he said exactly the following:

If I ever do another Monkey Island, I’ll announce it on April 1st.

And the truth is that he kept his word, because in his own blog announced last Friday that he had decided to make a new Monkey Islandbut of course, after so many years and being the day it was, everything pointed to the fact that it was just a joke, although in the end it has become clear that it was not.

All this has left us with a nice anecdote, but the important thing is that Return to Monkey Island It will be released later this year and will be developed by Terrible Toybox, the creators of Thimbleweed Park, along with Devolver Digital and Lucasfilm Games.

Read:  Did they forgive the traitor of My Hero Academia? This decided All Might