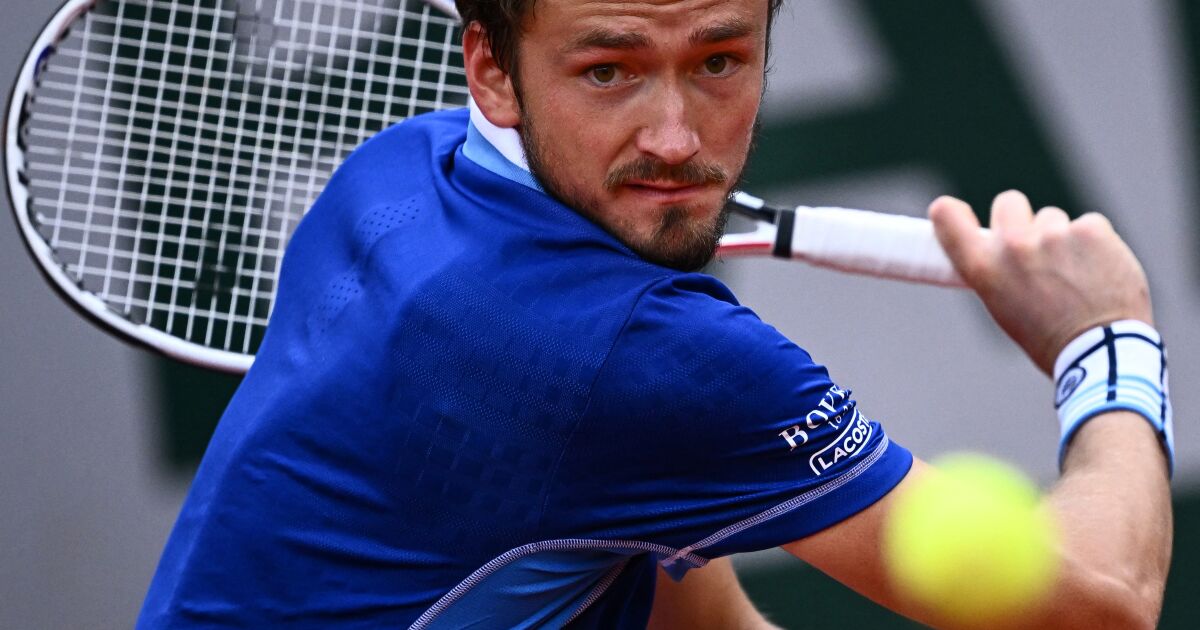 “I tried to do my best, but I’m not in my best shape. I’ve had a problem with my leg for a week,” Bagnis, 32, admitted at a news conference.

“I came to Roland Garros to preparetry to give 100 percent, but today, after the warm-up, I felt pain again and I even thought that I was not going to be able to play, although I wanted to continue, finish the match and enjoy the atmosphere, but the reality was harsh” , he added.

Medvedev, for his part, was very happy: “I love Roland Garros, especially since last year”, when he reached the quarterfinals after losing in the first round in his first four appearances, the Russian tennis player declared after the match .

“I hope to go further this year,” added the Russian, who will face Serbian Laslo Djere (N.56) in the second round.

Medvedev benefited from the drawsince it is in the lower part of the table, with the Greek Stefanos Tsitsipas as the main rival until the final, while the three main contenders for victory (Djokovic, Nadal and Alcaraz) and the German Alexander Zverev (N.3) go for The other part.

However, Medvedev ruled himself out of the title fight in Paris last week when he lost in the first round of the Geneva tournament, where he returned to the competition after undergoing a hernia operation almost two months ago.

“Everything is going very well, because when I had the operation I didn’t think about being able to play on the clay tour, but the doctor and the ‘physio’ did everything possible so that I could play again last week,” he explained.

Read:  Let the music envelop you

Nope: director Jodan Peele launches a new website to promote the film and give some plot clues