Bullfrag
Home News Rodrygo ‘danced’ to Gustavo Dulanto, but the Peruvian recovered and corrected his... 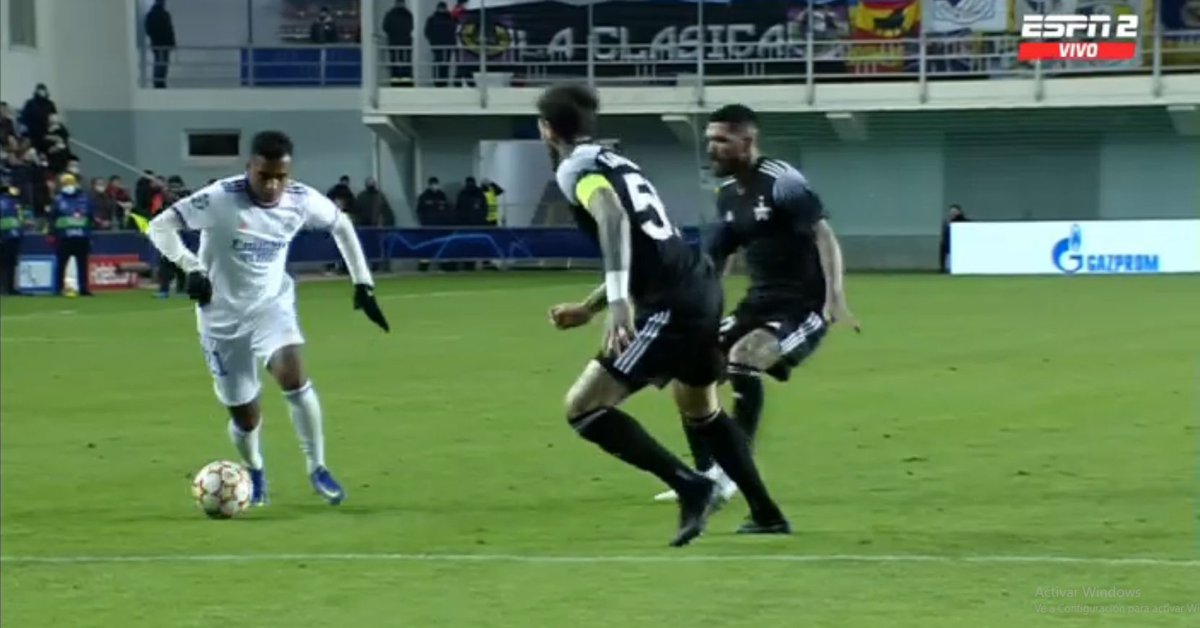 Rodrygo put all his quality to the test with the ball at Real Madrid vs Sheriff by date 5 of Group D of the Champions League. The Brazilian attacker played a game on the Peruvian defender Gustavo Dulanto, who knew how to correct immediately in the heart of the local area. Strong scare for the Moldovans.

It was seen at 22 ‘of the first part. Rodrygo, with a controlled ball, attacked from the right to the middle to bring danger to Sheriff’s goal. The carioca, seeing himself surrounded by the opposing defense, released all his talent.

Rodrygo made a tremendous feint to Gustavo Dulanto. The Peruvian passed by, but seconds later he recovered by putting his body on him and avoided a Real Madrid center. In the end the action ended in a corner kick for the ‘meringues’.

Without a doubt, a great reflection of Gustavo Dulanto to heal his mistake in the brand against Rodrygo. “Dulanto puts the ‘truck’ on you and it is physically impossible (for the rival)”said the ESPN commentator with the images of the Peruvian.

PREVIEW OF REAL MADRID VS SHERIFF

The ‘meringues’ visit the ‘yellows’ for the penultimate day of the Champions League group stage. Both have the obligation to win after what Inter Milan did against Shakhtar: he won 2-0 and took the lead with 10 points. A stumble in Moldova could complicate them in the standings.

With the result of the Italians, Real Madrid fell to second place with 9 points. That is why he must prevail tonight to ensure his pass to the round of 16 of the tournament. The draw also serves him, as long as the Moldovans do not beat Shakhtar on the last date of the Champions League.

Sheriff, for his part, appeals to victory against the Spaniards to dream of qualifying at the close of Group D. If he repeats the feat of the first leg, when he defeated Carlo Ancelotti’s 2-1 at the Santiago Bernabéu, he will tighten everything in the box and he will have a good chance of putting his name in the next instance of the tournament.

A great game of ‘life or death’ is coming between Real Madrid and Sheriff. Be careful: whoever finishes in third place will play the Europa League. Whatever happens, the Peruvian Gustavo Dulanto’s team will continue to make history.

Gustavo Dulanto was able to mark Real Madrid: the ball passed close after beating Thibaut Courtois in the Champions League