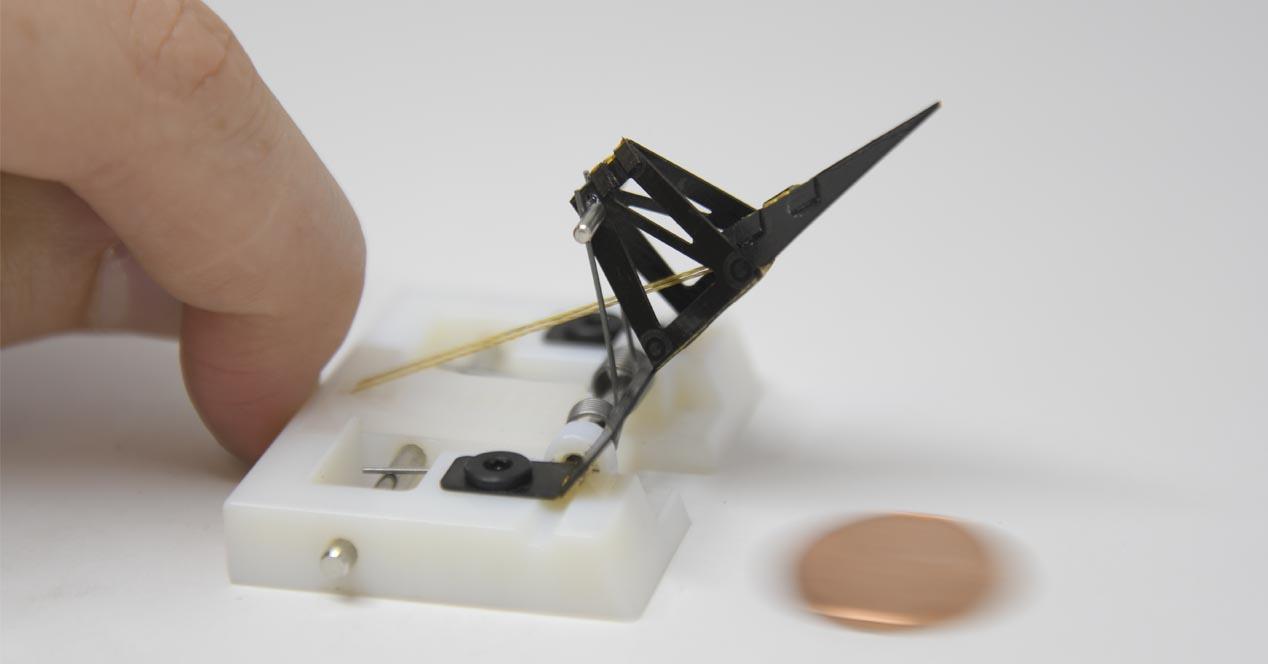 We have recently seen how the car brand Tesla presented its humanoid robot capable of simple functions. But, even so, other robots have been created that are capable of using a structure that simulates an arm to grab different pieces or objects or even spin hamburgers in some restaurant kitchens.

A robot that simulates the attack of a mantis

This robot can simulate a mantis, which is characterized by take a very fast hit. It has been created by a group of Harvard scientists and they believe it can help drive new capabilities for human technologies.

To strike its blow, the mantis builds up pressure in the muscles that is released forward very fast. Within the tendons of these muscles are two small structures called sclerites that hold the muscles back, but then allow release stored energy at once.

However, Harvard scientists have wanted by creating his robberyt improve this system. This little machine weighs just one and a half grams.

The robot does not have the same drilling capacity as a mantis, but it can move faster than any other similar device ever made. Your arm can reach a speed of 26 meters per second.

It could be a future function for some machines

Slow motion images were checked from both robot and mantis movement and it was concluded that after the sclerites are released, the muscle structure serves as a kind of secondary latch. This helps control the movement, holding it in place until a tipping point is reached which makes to shoot forward.

Read:  You may be misusing this HDMI connector of your Smart TV

Thanks to this process, it is possible to release the stored elastic energy and improves the mechanical production of the system. A student has assured that the process of geometric hooking reveals how organisms generate a very high acceleration in these movements that are as fast as blows.

Thus, the creation of this mechanism in the robot may involve a new functionality which could be applied to other robots as well as other devices.