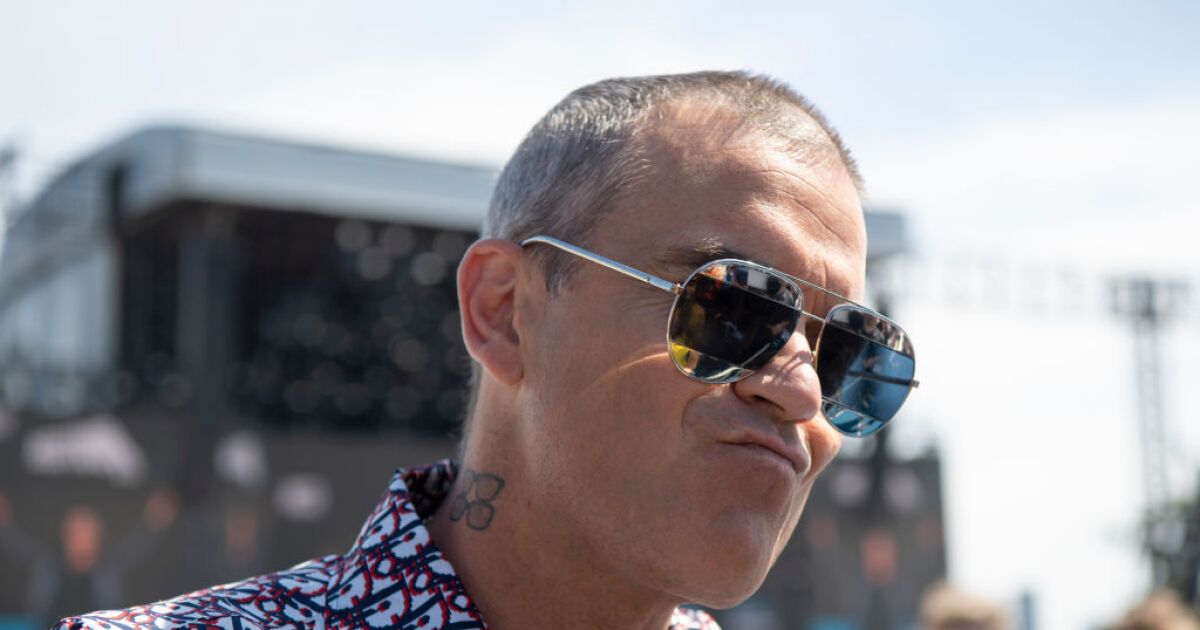 Although he acknowledged that he has sought various alternatives, such as hair transplantation that has been successful in many men, although tremendously expensive, but this would not work for him now since “his hair is getting finer”, so specialists in this procedure they refuse to perform hair transplants: “Nobody wants to do a hair transplant because they say my hair has become too thin”.

It cost me a fortune to put in two vials. It cost the same as my grandmother’s house

Robbie Williams’ fight against baldness is not new. After undergoing two hair transplants in 2013 and 2020, he has also tried another type of treatment with injections, in addition to being painful, it represented a very high investment and the result was not positive.

“I got some injections. It cost me a fortune to put in two vials. It cost the same as my grandmother’s house. They gave me these injections and said that in five months my hair would grow back much thicker. Nothing happened,” she commented during an interview that was broadcast on Australian radio and that The Sun resumed last January.

What if I wore a toupee?

Robbie Williams is aware that he has been “obsessed” with his hair loss condition, although he does not rule out that he could wear a toupee for his tours.

“I have thought about wearing toupees. Now they make some great wigs; you have to shave off all the hair, then you put it on with glue and it lasts for several weeks, ”she said in the interview with BBC on radio.

When I’m on stage and they give me a close-up, I look at them like I’m still 27 years old.

“Actually, I might just do it for tours,” Williams added. Although it seems that this idea crossed him being on stage. “When I’m on stage and they give me a close-up, I look at them like I’m still 27 years old. Then I turn around and see a version of me with three jowls and a roundel glowing on top of my head that looks like a baby’s butt,” the “Feel” singer joked.

Read:  A major Israeli bank will accept BTC and ETH trading through a collaboration with Paxos

The singer who became famous in Mexico with the song “Rock DJ” will offer a series of concerts in the British Isles to celebrate his 25-year solo careervisiting London, Manchester, Dublin, Birmingham and Glasgow, during the month of October and November 1.