Bullfrag
Home Photography Ringo Starr and his love of photography 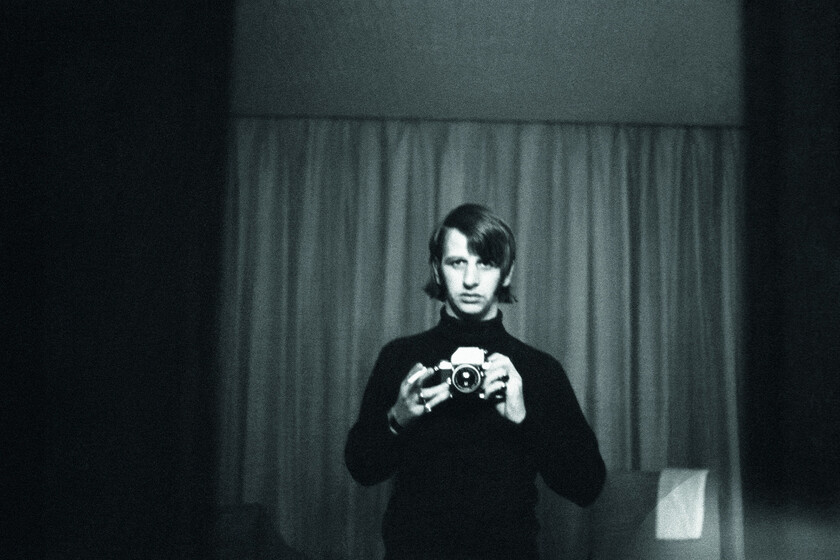 I am of the generation that did not live the time of The Beatles, but that remembers in a very vague way the day of the murder of John Lennon. His music always played in my house. The other day I was able to see again ‘What a night that day’ (1964), the first movie they starred in. And I found myself face to face with the love of photography of Ringo Starr, the great drummer of the band.

The Beatles were a group that changed the history of music. They were only active during the 1960s, but the music would be totally different without them. His songs are mythical (‘Hey Jude’, ‘Get Back’, ‘And I Love Her’ …), many of his albums are masterpieces, such as’ Sgt. Pepper’s Lonely Hearts Club Band ‘, to give just one example.

Now they may seem innocent, but they were revolutionary and the passage of time has proven their worth. Everyone knows the name of its members (it would be interesting to do a survey among the youngest): John Lennon, Paul McCartney, George Harrison and Ringo Starr… And we’re going to keep the drummer.

Index hide
1 ‘What a night that day!’, Portrait of a time
2 Ringo Starr and photography

‘What a night that day!’, Portrait of a time

‘What a night of that day’ we can now see it on Amazon Prime Video, so it is a good opportunity to remember or discover it. It’s a scripted movie, yet you know they are being themselves in each and every scene.

It is a tribute from Richard Lester, the director of ‘Superman’ or ‘Robin and Marian’, to the crazy Marx Brothers movies. Nothing seems to make sense in the script.

It is just two days in the life of The Beatles before giving a concert in London for television. And of course everything is stressful and crazy, with the unique figure of Paul McCartney’s ‘neat’ grandfather throughout the plot.

Precisely Grandpa is the one who causes a little identity crisis for Ringo Starr, for the supposed eclipse to which his companions subject him (anecdote of the script that will accompany him for life since then, as also happened to George Harrison).

Still from ‘What a night that day’

And to reflect, Ringo decides to leave the hotel accompanied by a Pentax camera. Surely no company dreamed of such advertising in those years.

Another story is that the photographs that we see at the end are of Robert Freeman, the legendary photographer of The Beatles, who played so well with extreme contrasts and their faces and that we can see at the end of the film.

This scene it’s the most celebrated moment of the movie. Little by little it gets complicated until it becomes one visual gag after another. One of the circulating legends is that Ringo had drunk so much the night before that he was unable to learn dialogue and they managed to make a silent scene.

Read:  The bizarre history of the Cambio 16 photographic archive or how hundreds of historical photos of Spain ended up in the trash

It could be said that it is a short within the film itself. From melancholy to smiling when it becomes the antecedent of Mr Bean in a pub with beers, darts and other typical elements of these bars.

I have searched the net for the complete sequence, but it was impossible. So I will put a small fragment to encourage you to look for the movie and have a good time if you are one of those who, from time to time, have to listen to one of its songs.

But this is not something made up for the movie, as it turns out that Ringo Starr is a huge fan of photography. He was the one who took pictures of the group when they went on tour and the only one who could get the most authentic images of the group.

In fact, he published a book called ‘Photograph’ in 2015. It was a limited edition of 2,500 copies that sold out in two weeks. Now we can find it in digital format and all the profits go to the foundation that he created together with his wife to finance charitable projects of all kinds. As we have already said, no one could be closer to them with a camera:

Starr said he discovered thousands of old negatives in boxes that he hadn’t looked at in nearly 30 years. “I had a lot of things in storage and we had to move everything and I began to find negative books, many of them I did not know that I still had them.”

But the relationship with photography does not end here. When The Beatles broke up, they each pursued their solo careers. And in the first album that got the big success was the song ‘Photograph’, composed together with his loyal friend George Harrison on a yacht in 1973.

It tells the story of a lost love of which only a sad image remains:

So there is no choice but to love one of the most iconic characters of the 20th century even more because in addition to keeping the rhythm on all The Beatles albums, he had time to take out his camera and get lost with it as so many of us like. do.

A game of A Quiet Place is already in development