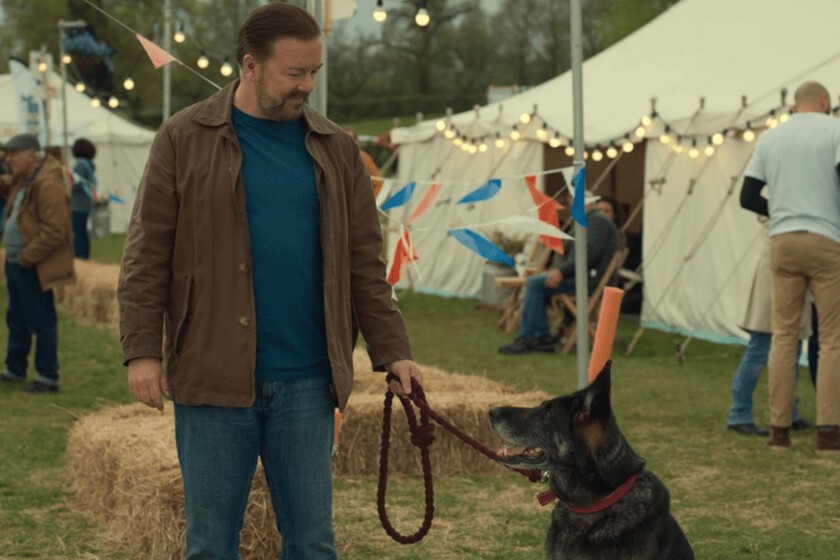 This past Friday, January 14, the third and final season of ‘After Life’ premiered, the Netflix series created, written, directed and starred by Ricky Gervais. The author of jewels such as ‘The Office’ or ‘Extras’ had already made it clear that it would be the last batch of episodes of the series and now he wanted to explain both its ending and the reason why he is not going to do a fourth season.

Beware of SPOILERS from here

Those of you who have already had the opportunity to see the third season will already know which series ends after a long sequence at a fair that Tony ends up leaving with his dog. Then we see a shot in which his wife ends up briefly reappearing and then they all gradually disappear. The message seems clear enough and this is what Gervais had to say about it on Express:

For me the end counts that life goes on. It’s set in a fair and the fair has been there for 500 years and could be another 500. It basically says that we all die, but not today.

Is about a pretty definite ending, but there are not a few who have doubts about the reason for having decided to close the series here. Gervais himself acknowledges that it would make sense to do a fourth season from several points of view, but he also makes it very clear why he has not wanted to do it in Deadline:

Everyone that someone asks I get a little adrenaline rush wishing it wasn’t and I could do a fourth. I’m sure it could. But the reason I say it’s definitely the end is because I’d be bullied and laughed at if I backed off. Obviously I should do a fourth season, I should do it for the money and people would love it, everything points to that except would a fourth season be as good as the first three or even better? Because I don’t want her to just be good. I don’t want to stay any longer than is appropriate.