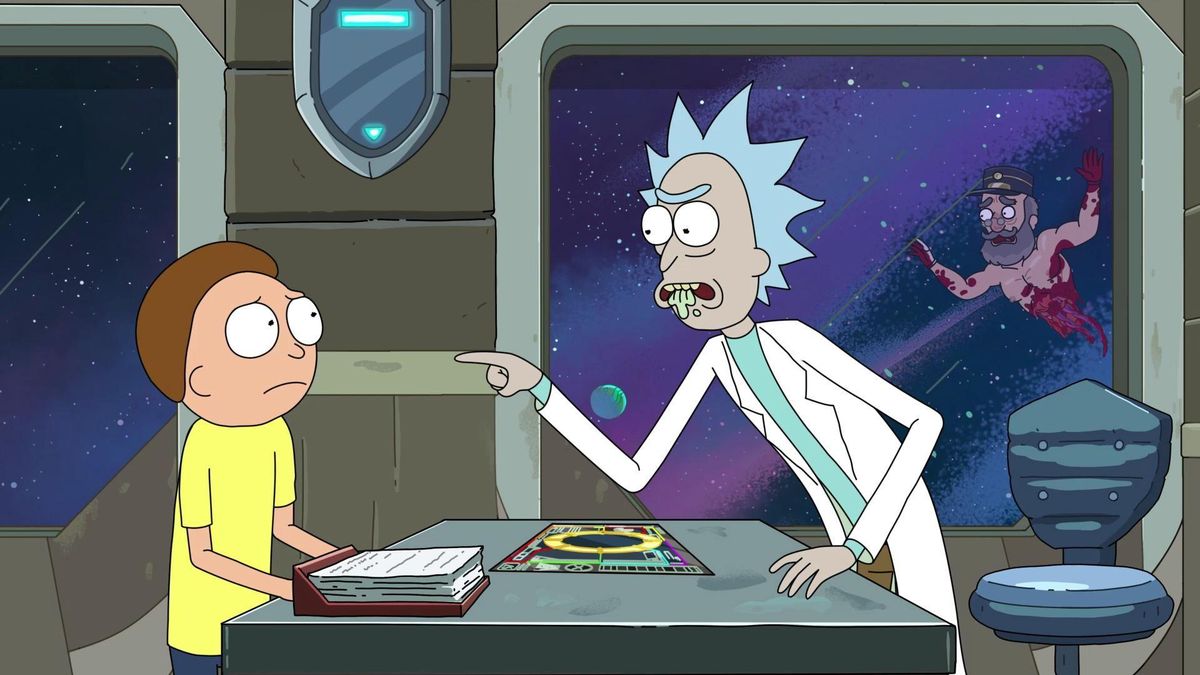 Index hide
1 Adult Swim confirmed that a 10-episode Rick and Morty anime series is coming, directed by Takashi Sano, who had already directed two shorts from that universe: “Rick and Morty vs. Genocider” and “Summer Meets God (Rick Meets Evil)”. More details in this note!
2 Share it with whoever you want
3 Related Posts

Adult Swim confirmed that a 10-episode Rick and Morty anime series is coming, directed by Takashi Sano, who had already directed two shorts from that universe: “Rick and Morty vs. Genocider” and “Summer Meets God (Rick Meets Evil)”. More details in this note!

adult swim continues to add anime projects to his portfolio. The production company already has up its sleeve the adaptations of Uzumaki, Blade Runner, Black Lotus, among others and now adds a series of Rick and Morty. However, that’s not all, but will also make another about Ninja Kamui. Both series are in production and will premiere in adult swim Y hbo maxThere is no confirmed date yet.

First let’s start with Rick and Morty: The Anime. This upcoming series will be directed by Takashi Sano (Tower of God) and will be a “10-episode adventure.” Healthy is not new in this crazy world. Recall that he previously directed two anime shorts: “Rick and Morty vs. genocide” Y “Summer Meets God (Rick Meets Evil)”. This should be good news for fans, as those shorts have garnered over 10 million views combined across all digital platforms. adult swimaccording to a press release.

While the director will be adapting themes and events from the original animated series, Rick and Morty: The Anime will act as an independent series and will differ from the other spin-offs that adult swim had announced, since those are digital shorts and the one they just announced is a complete series. It will be produced by Telecom Animation Film.

“The exploits of Rick and the gang in the multiverse pose a challenge to the family bond, but they always rise to the occasion“, said Healthy it’s a statement. “It is a show that affirms life, and Jerry is not an exception. I am honored to have had the opportunity to tell a new story about this amazing family. I hope you enjoy your adventures.”

On the other hand, adult swim also gave the ok to an anime series of Ninja Kamui, which will be led by Park Sung Howho was in charge of bringing to the screen Jujutsu Kaisen 0 (2021), the seventh biggest anime film of all time and the fifteenth highest grossing film in Japan.

Ninja Kamui will be a futuristic action-adventure anime that will follow Joe Higan, a Nukenin, a former ninja who escaped from his clan and is hiding from his violent past in rural America with his family. One night he is ambushed by a team of assassins from his old organization who demand bloody retribution from joe and his family for betraying their ancient code. Rising from his apparent “death”, joe will reemerge as his old self, Ninja Kamuito avenge his family and friends.

Kamui he’s a 21st-century ninja, a grim anachronism pitting his ancient skills against high-tech weaponry with brutal finesse. He must face trained assassins, combat cyborgs, and rival ninjas to take down the very clan that created him.

“This is a story I’ve always wanted to tell“, said Park. “Transgression and punishment of a ninja who loses everything and goes out for revenge, and what lies at the end of his path. I am very excited about this new project and I hope the fans are too.”