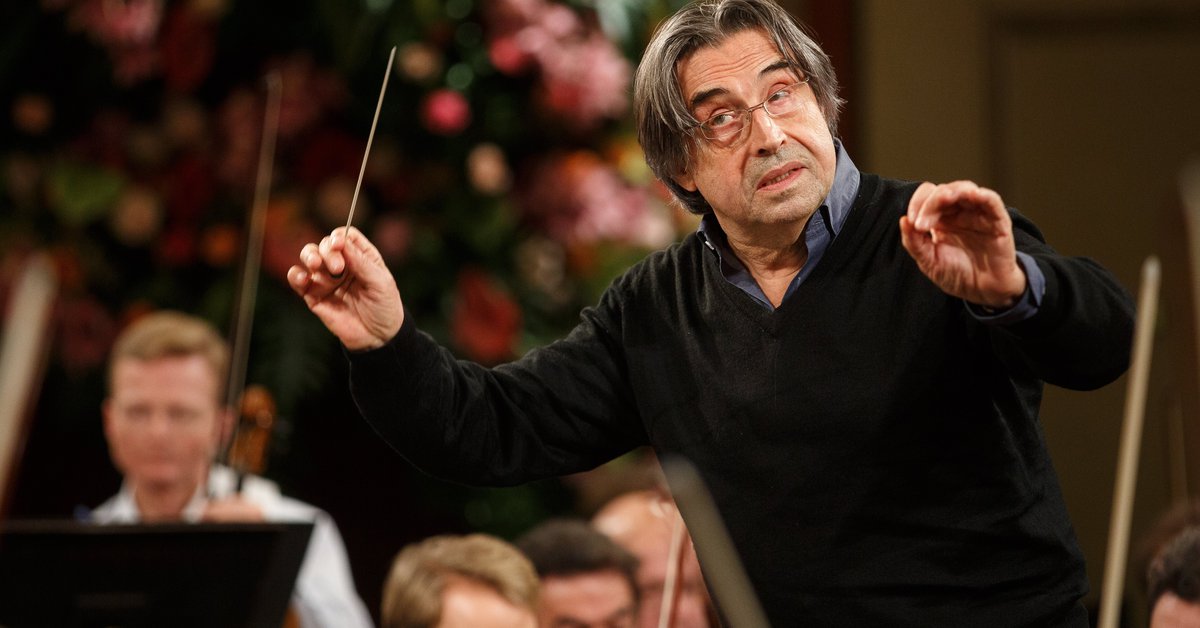 Madrid, Jul 27 (EFE) .- Italian Riccardo Muti, principal conductor of the Chicago Symphony Orchestra, turns 80, still active and courageous, as in his time as the famous conductor of La Scala in Milan, and clinging to his convictions, such as his respect for the score or his defense of culture as a guarantor of the future of humanity.
The son of a lyrical singer and a doctor, he says that fate was decisive in his professional development and that, for example, his mentor Nino Rota heard him playing the piano and told him: “You have to be a musician.”
“My career has been made because the orchestras have chosen me. I have always had the feeling that I am not cut out for the world that surrounds music,” he told Efe in a talk held on a visit to Madrid.
With a name forged in capital letters both in the operatic and in the purely symphonic field, Muti (Naples, 1941) has made a career in front of the most recognized orchestras and festivals in the world, such as that of Philadelphia, one of the first in which highlighted, from 1980 to 1992, just before taking the reins of his most emblematic position.
The Italian then arrived at La Scala in Milan to trace a very long 19-year stage and there he turned each premiere into an event, although his strong character and artistic idiosyncrasies did not go unnoticed and that earned him more than one enemy.
Rough in form, elegant in results, perfectionist, especially adept at controlling tempos, his hands have passed authors who have become the favorites of his repertoire, such as Mozart, Beethoven or Brahms, but also contemporary authors such as Britten or Ligeti.
It has been characterized on occasions by shedding light on lesser-known scores of the neoclassical repertoire, but above all by betting on an interpretation of the score very attached to the intentions of the composer in it.
“As Verdi used to say, the only creator is the composer,” is often argued by someone who considers himself an heir to the legacy of the great Toscanini.
In fact, he is credited with the rediscovery of Verdian dictation in “Ernani”, “Nabucco” or “Attila” and his addresses are especially remembered in works such as “La traviata”, “Rigoletto” or “Il trovatore”, as well as his works in “Les dialogues des Carmélites de Poulenc”, “Lo frate ‘nnamorato” or “La donna del lago”.
Precisely, at the death of Toscanini (“A tragedy”, he pointed out), he was convinced that the Italian repertoire -Donizetti, Rossini, Bellini, Verdi himself, …- would be interpreted in a “superficial, approximate” way.
The break with the La Scala team in Milan, not only with its then general director (musicians also complained that their style prevented them from evolving), became evident when in April 2005 he resigned as artistic director, “a This decision was forced “by the” hostility manifested in an obvious way “for almost 20 years,” he said.
He would not return to those tables until 12 years later, in 2016, precisely on the occasion of his 75th birthday.
In between, Muti continued to accumulate achievements and distinctions, such as the Prince of Asturias Award in 2011. “I feel especially honored to receive this prestigious award dedicated to the world of art, and even happier because Spain, its public and its culture have been very important in my life as an artist, “he said then.
The defense of culture has been its great workhorse, especially in recent years and even more since the Covid-19 crisis led to the closure of artistic spaces indiscriminately around the world.
“To cut back on culture is to hit the identity of a country, and to be practical, investing in culture brings important economic returns,” he has insisted time and time again.
Affected by sanitary restrictions, no one better than him to climb that watchtower of defense of safe culture at the last New Year’s Concert in Vienna. A regular of them, he had already taken the lead in 1993, 1997, 2000, 2004 and 2018.
Last January he returned there, but before an orphan courtyard of spectators who had to follow the concert from home as a precaution. However, the audience was once again infused with his inexhaustible vitality and his message of hope.
By Javier Herrero

READ:  Toyota to cut its September production by 40% due to shortage of chips