review with trailer, price and gaming experience for PC. And current status of the free mod Return to the Roots

By CooperJanuary 6, 2022No Comments9 Mins Read 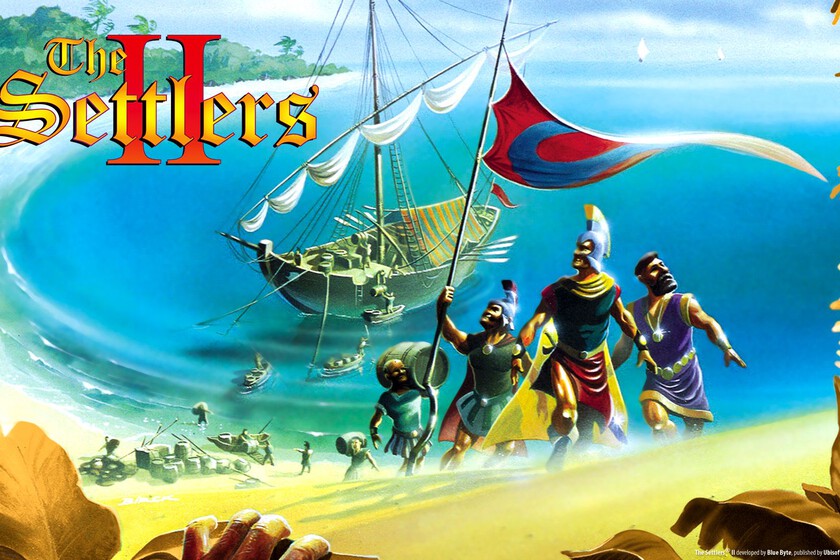 If there is a game that brings out my procrastinating streak above any other, it is none other than The Settlers II: Veni, Vidi, Vici. The perfect sequel to Amiga 500’s groundbreaking The Settlers. Absorbing strategy where you build an empire in a seemingly calm and calm way, until you fight for gold.

With almost a dozen deliveries behind it since its origins in 1993, Ubisoft has not been able to replicate the success of its sequel for a quarter of a century, the most beloved by far for its quality. And we are certainly looking forward to the news that is about to arrive around your reboot, announced at the distant Gamescom 2018. Because this wait has caused me to get hooked on The Settlers II again. Like I need another excuse at this point …

Index hide
1 Come, Vidi, Vici. The Total Conquest of Settlers 2
2 When it clicks you no longer know how to stop …
3 The Settlers 2, the great (almost) perfect sequel
4 Return to the Roots, the dream mod. And free

For those of us who grew up with The Settlers Since its inception in the Commodore machine, its 1996 sequel was a giant leap. It looked prettier, with better animations, but above all it optimized and expanded everything related to the management of the economy and buildings, resulting in a highly addictive strategy game that knew how to be challenging with certain missions.

His campaign was a very level constant learning: from the way in which the types of buildings were unlocked in his tutorial to how he exploited a series of formulas in later missions (the creation of ships to explore other islands, the use of catapults before a lower amount of gold compared to the enemy, etc), we had endless hours of game ahead where it was easy to lose track of real time. And all for wanting to expand our territory.

Before, of course, you had to adjust a series of parameters from the main headquarters to indicate which resources to prioritize over certain buildings or the behavior of the soldiers when attacking or defending, for example. With everything ready, the rest went smoothly … or at least knowing which foot was limping as soon as we saw the seams. Because it was not a perfect sequel due to a series of erratic behaviors at very specific points: that the villagers always ignored the “forbidden” sign when stopping a task (such as not depositing gold coins in a fortification, which is always there was one), the stupid limitation of ships when giving them transport orders …

It was a very ambitious sequel by expanding his world In search of more land (also for water), and if we see this adventure in perspective, it happened with a note. It is no wonder that since then everything The Settlers later it has always been in the shadow of this 1996 classic, despite there being some noteworthy representatives, such as its 10th anniversary edition as a remake or The Settlers 7: Paths to a Kingdom in 2010 with certain Civilization mechanics. .

That way of managing the empire, with the mandatory to create paths to each building to carry the necessary resources for its manufacture, the transport piece by piece by the villagers (and donkeys, literally), the great help of geologists in order to know what kind of mine can be built on a mountain …

Except for the battles with the soldiers, nothing is left to chance in The Settlers II. If we want a farmer to prosper, he will need a lot of space to plant wheat, the combination of mill and bakery being ideal to satisfy the miners with more joy … without making fish or meat disgusting, far from it. And in the same way, for a sawmill to optimize its efficiency it will need at least two loggers and a forester so that there is a constant flow of trees.

When it clicks you no longer know how to stop …

Anyone who has played and is passionate about the genre will know those processes and many more by heart. Unless you are coming to this work by Blue Byte for the first time, it is easy to assimilate once you understand all its concepts. Resources are vital, but there are some that are limited. The wood that is extracted from the trees is infinite as long as we have the appropriate buildings, while the coal, iron, gold or stone, run out if we extract everything.

In his campaign he knows how to play with these limitations very well, since it forces us to prioritize over certain processes. We can risk training more soldiers (with sword, shield and beer from a warehouse) spending coal and iron, or leaving a part of that coal to create gold coins with that other very scarce good and thus improve the veteran of the soldiers. Sometimes less is more if we know how to defend or attack later. And that is gratifying.

However, the battles are the only section that is left slightly to chance. It is true that a general will always have everything to win against a private, but with others of different degrees there is still room for surprise. For this reason, it is recommended that more units be sent to attack than necessary to avoid upsets. After all, then those who are left can still return …

Read:  The Uncharted movie already has an official trailer and synopsis, in case you are not satisfied with only the confirmed games on PC

In addition, that the enemy captures one of our barracks does not mean that we cannot recover it again. Here it will depend on the hardness of its structure based on the number of soldiers that can be garrisoned. The largest fortress is capped at nine, while the smallest outpost is capped at two … although at least you don’t need stone to erect it. These are aspects that are burned into our memory because the games can last many hours. That is why it is also so engaging, as it gets away from the typical rush of other strategy games. Here it marries more with the 4X philosophy.

The Settlers II sometimes puts us on the ropes on certain maps, by having to take advantage of the limited space that is presented to us. It is practically a constant, with some maps (like the one above, within the campaign) that put large barriers (stones, trees) that we have to slowly dissipate.

This “cleaning” process is later translated into a readjustment of our base. Because where before we could not build a farm, now we can. And when the roads are “asphalt” by themselves due to the trot that the villagers have given themselves transporting endless objects, you have to start thinking about building a donkey farm. So with everything: each process can lead to others and each game is gaining in nuances that you have to know how to take advantage of to obtain victory.

But it’s not a perfect sequel, as we vaguely advance / recall a few paragraphs further back. His Achilles heel is the boats. And is that by not being able to tell them what to transport, on many occasions we have to do real juggling so that they deduce what we need and especially where we want it.

If we go from the maps with islands, it is the continuation dreamed of by assuming a giant leap with respect to the improvable management of the first The SettlersSince, as we saw in his back-analysis to commemorate his 25th anniversary with the reissue of Ubisoft on Uplay, he hasn’t aged that well.

Either with its original version from Ubisoft Connect for 4.99 euros, or from its improved Gold edition, available in GOG for 9.99 euros, it is still a game that does not understand the concept of the passage of time. And to top it off with the incentive of the map editor of its Gold Edition, being more infinite if possible …

Return to the Roots, the dream mod. And free

However, all this is forgotten when talking about Return to the Roots. A decade has passed since we dedicated an article to it to talk about the fact of being “a dream come true”, being precisely a mod that improves the weaknesses of the 1996 classic. And the most surprising of all? Which is still active upon reaching its version 0.9.1 on November 13, 2021 with a lot of improvements, in the absence of implementing its own campaign. Which of course will come, eye.

If I was already impressed at the time by this modification of a group of fans (mod, of course, free; you just have to keep the original game), coming back now after ten years without playing is much more impressive because of how much it has improved.

We no longer speak only of La Carbonera (building that achieves that we can create unlimited coal based on logs and wheat) or optimal behavior with gold coins in the barracks, but rather a list of improvements that overwhelms and that touches, from the outset, the most important theme of the sequel. Yes, the transport with the boats. Because with The Settlers II: Return to the Roots it is very easy to start an exploration by sea. What’s more, also make the warehouses ask for some type of specific resource. And they pay attention to us!

In the original, the only thing we could do was stop the storage of the desired object or remove it from stock, not expressly ask that they bring us a specific one. You no longer need precisely those tricks by combining those two basic commands when having multiple warehouses. And like this example, there are many more, like making the best soldiers leave the barracks.

The finishing touch lies in its advanced options, as there are piecework parameters that we can regulate. May the mines never be exhausted? Done. And unlimited fish in the water? Too. Do you want the path of the boats to have no limit? There you take it. For power, you can regulate the appearance of animals when there are enough trees or modify the speed of the game in a conspicuous way. At this point it does not matter what the final look will look like. reboot of the saga, because the original The Settlers II is more alive than ever thanks to this mod. And not only that, but now it is approaching perfection.

And beware, it is compatible with Linux, Mac and Windows. Here your downloads.