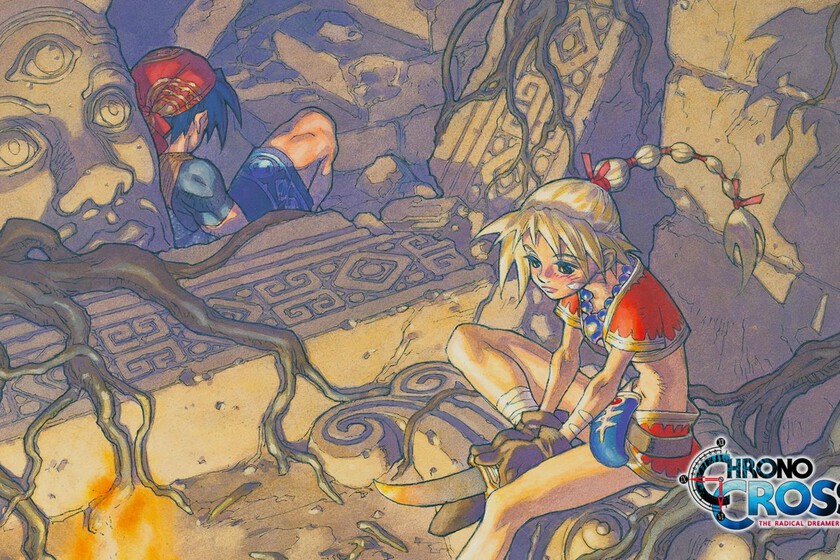 One of the best RPGs in the catalog of the first PlayStation was Chrono Cross. The problem is that this Squaresoft work never came out in Europe, just like other jewels like xeno gears or the first Parasite Eve. But luckily this is going to be solved due to its conversion to current systems with a series of improvements and the addition of the Radical Dreamers text adventure, never seen outside of Japan: a rarity of the Satellaview peripheral attached to the Super Famicom.

Chrono Cross: The Radical Dreamers Edition It arrives to correct that injustice that occurred more than two decades ago when we were left without that RPG that we eagerly await for belonging to the same universe as the classic Super Nintendo Chrono Trigger. And if you want to know what all the hype was about in its day, we will explain it to you below, apart from highlighting the improvements of this edition.

PlayStation stood out by far for the wide catalog of Japanese-style role-playing games, especially for the quality that many of them possessed. With Final Fantasy VII it marked a before and after, Squaresoft being its main supporter thanks to this and other renowned sagas, without detracting from the contributions of other historical companies such as Konami, Capcom or Sony itself, who wanted their Final Fantasy with The Legend of Dragon. For having, he even had one of the best Zelda: alundra. The fact is that he played all the clubs with a lot of quality.

In its last stage of life due to the launch of its successor in the year 2000, the arrival of Chrono Cross at the end of 1999 in Japan and in August of the following year in the United States, being the perfect finishing touch for Sony’s debut in the console market. The bad thing is that by staying out of Europe, many of us had to resort to emulation to be able to enjoy this jewel, as was my case… although I certainly remembered little of it at this point due to the saturation I experienced at that time, in good sense. Because as we say, it was full of great games in terms of RPG, adventures, action, etc.

Nevertheless, Chrono Cross was not Chrono Trigger nor its direct sequel. Not even the artistic style was the same, as Akira Toriyama was not involved in this new project. Yes, it was part of the same universe, but the connections were not so obvious and to top it off, its own creators had to discard some ideas so as not to confuse the staff, especially with that link called Radical Dreamers, which acted as a bridge, so to speak. What was evident is that this spiritual successor had a much more complex plot, which caused confusion among the people who entered his world. Oh worlds, wow…

After all, the name “Chrono” was not trivial and its universe was special, although no matter how long it has been since the premiere of the original work, we will not spoil any of its history so as not to crush any surprises. We’ll just say that you obviously play with “time”, although not exactly in the same way as in the first SNES adventure. Of course, its plot begins strong with an event related to its protagonist, Serge, affected by an event…

On the other hand, that complexity that we were referring to also translates into a much longer game than the previous one, easily hovering here for more than 40 hours. And another noteworthy fact that also drew a lot of attention in its day to be a Squaresoft RPG: we could recruit 45 characters. Yes, it is worth that this figure is still laughable if we compare it with the 108 stars of the destiny of the first Suikoden, but it is still a giant leap compared to the half dozen of the previous one chrono trigger or any final-fantasywithout going further.

And what did both Chronos have in common? Apart from being released in the last life cycle of their respective consoles, we can say that Yasunori Mitsuda was part of the soundtrack of both classics (although Nobuo Uematsu was also involved in the first), which have always stood out for their excellent melodies, that there are no random encounters with enemies or that we have more than a dozen endings for the story and even the new one (of those) NewGame+. But Chrono Cross was not Chrono Trigger.

Since it debuted in Japan at the end of 1999, Chrono Cross It did not stop harvesting outstanding notes, something that received great added value due to its eternal comparison with its predecessor, considered one of the best RPGs in history. The comparisons, as they say, were odious, but in this case rather because of the enormous changes that occurred in its core or in the aesthetics.

Looking at it in perspective, it was very shocking not to have experience points, for example. Or how unintuitive the combats were at first, until we understood the peculiar idiosyncrasy of him in not having a simple button to attack. Failing that, we had three options.: a weak one with a very high success rate, a medium one with a slightly notable probability and a strong one with more than a 60% chance of hitting. If our hit was successful, the percentage of all three types was raised. And we could hit several times in a row.

This was acquiring greater complexity, by enabling any of these attacks the possibility of using elements (magic or objects) based on the level of elemental power that we have unlocked precisely with those blows. For example, level 1 with a weak blow or level 3 with a strong blow. But we must also take into account the vitality (not life, that’s different) that allows us to carry out these actions and also defines how long we must wait afterwards.

Read:  Microsoft becomes the best valued company in the world after the fall of Apple

It may sound confusing even with an explanation, but after several fights there is no mystery. Where it is easier to understand at first is in relation to magic, specifically the strengths and weaknesses between elements, such as white type magics as opposed to dark ones. Serge, for example, is related to the white element and in one of the first and nice encounters with Karsh’s troop it is mentioned that they must use black magic to defeat Serge, but nobody has any available.

To this we must add the “elemental environment” that varies on the stage where each combat takes place as we use different magic, enhancing those of one color and weakening those of the opposite direction. This makes the combats much more tactical than what is hinted at at the beginning, despite the fact that the dynamism and agility with respect to chrono trigger be inferior.

It is not the only peculiarity of Chrono Cross. Merchants are far from the basic scheme of RPGs since they do not sell us equipment through the traditional method of dropping money, but apart from paying them, it is necessary that we have the manufacturing materials to forge them. At least, yes, when it comes to the elements (magic, objects, etc.) they do not cause problems, but without a doubt it makes us change the chip for the fighting: without experience, but with materials. Although, be careful, our parameters will go up randomly.

Another interesting detail has to do with certain special objects, being able to use them with certain NPCs that will trigger important events. It’s not like most RPGs where you just have to talk and that’s it, but it has a shy graphic adventure component which makes it more interesting.

What this edition of the classic 1999 RPG brings

The best of Chrono Cross: The Radical Dreamers Edition it’s coming translated into Spanish. And in a perfect way, in addition, respecting the different dialects of each character. If we were already happy that this edition was going to arrive as this installment had never been released officially in Europe, this is the ideal incentive not to think twice if it was missing from your catalog of that PSOne.

Graphically the years are noticeable, on the contrary. And it doesn’t help that Square Enix hasn’t been fine with its presentation, not being able to switch between the different display methods from the game itself in action, but only from the main menu. Nobuteru Yūki, one of the artists involved in the original work, has been in charge of redesigning all the characters, as well as implementing new illustrations. And to this we must add 3D models converted into HD.

However, in my case, I still like the look of the original betterEspecially when it comes to character design. At the scenario level, the smoothing is not so noticeable, making it clear that there it would need a good facelift when losing definition in HD, even if we opt for a “normal” window type, simulating 4:3. The problem is that its presentation is not taken care of, by not taking advantage of the emptiness of the lateral edges. At full screen or applying zoom loses quality. And as we said, it cannot be changed at any moment.

That lack of care is compensated by the improvements at the playable level, so typical of Square Enix remasters, such as the option to skip the fights pressing the left stick (we can walk without being attacked, come on), apply a higher speed of movement or have some power-ups if we want to fight and make the battles easier. All this, logically, to be able to enjoy and understand the entire fabric of its history without distractions, which has a lot of crumb and before which we will not get all its juice until we start a second game. In fact, you can’t get all 45 characters in a single game, so it’s very replayable and with incentives.

And what about its soundtrack? As its own author, Yasunori Mitsuda, has explained, it has been completely refined, improving the quality of the original audio, which was already exquisite. Or put another way, the music has been remastered with some tweaking, not completely changed like it was with Super Meat Boy when we went from Danny Baranowsky to the sparkless amalgamation that came later with the PlayStation editions. . So on this track it happens again with a note, despite the fact that the cadence of some has changed in an inexplicable way, like the iconic Scars of Time from the beginning.

The curious touch is put by that rarity called Radical Dreamers, which is not a game in the most basic of the word. It is an adventure where we will read a lot of text with brief moments where we will have to select an option that will lead to other actions. If you’re the kind of person who gets bored with “ride simulators”, this directly removes that facet for just reading, so you know what to expect. But it is certainly appreciated that it has been included and translated into Spanish, which we remember did not leave Japan.

Definitely, Chrono Cross: The Radical Dreamers Edition is the perfect excuse to (re)discover one of the best RPG of the first PlayStation, especially if you currently miss more games of this style with turn-based combat, an old but beautifully crafted setting and melodies that draw from multiple genres without the overall result suffering. In addition it reaches reduced price and translated into Spanishthat this is not lavished so much in the classics.

Abandoned would be a scam, according to the data collected by several users

Compare PS Plus with Game Pass and Switch Online

25 years of the best of European science fiction

they fix your dinner in less than ten minutes