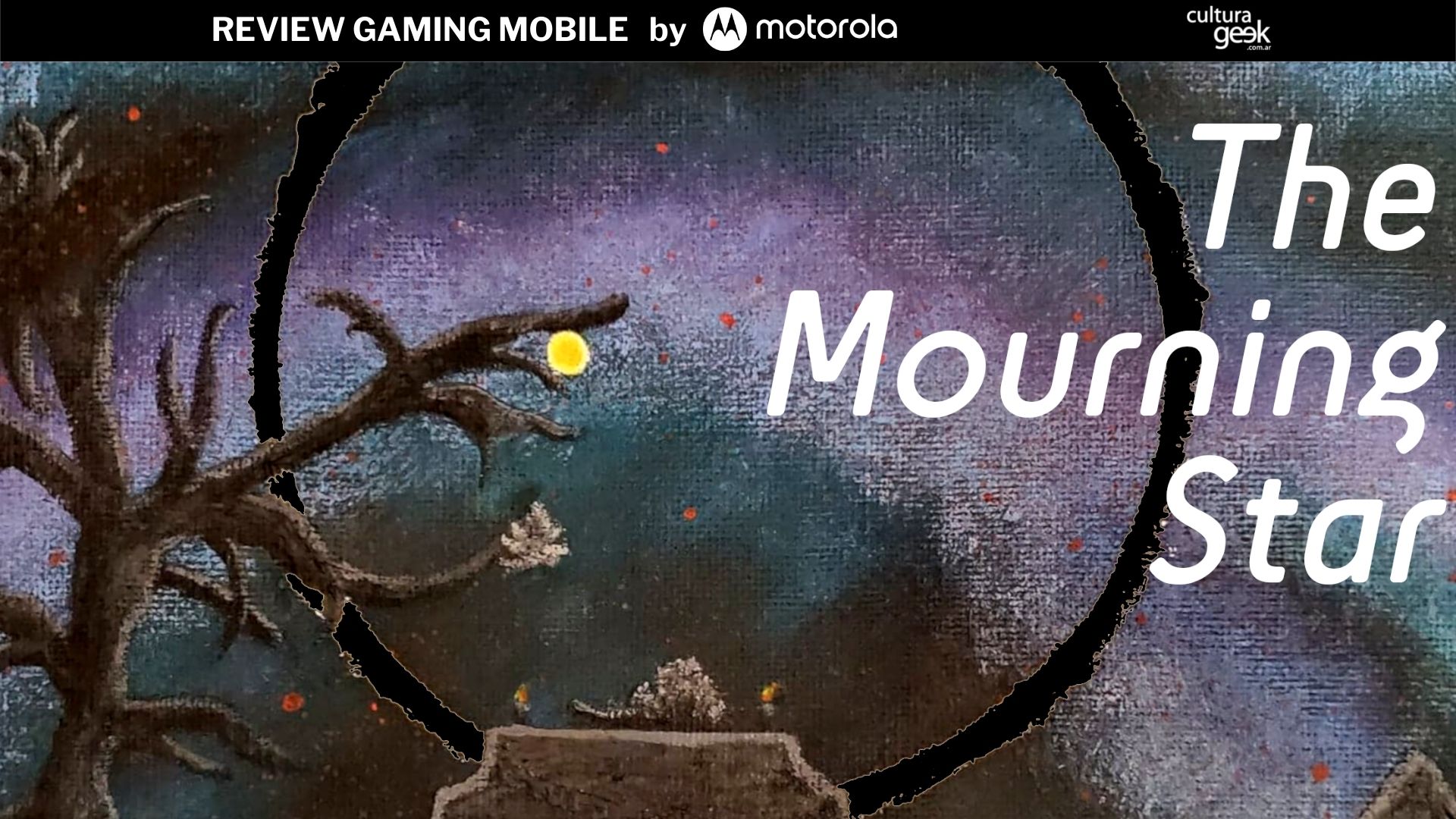 Index hide
1 For lovers of space (and chaos too) The Mourning Star is available on Android. We tested it on the Moto G200 and we tell you in this review how it feels to have the universe under your hand… Or your mace!
2 Share it with whoever you want
3 Related Posts

For lovers of space (and chaos too) The Mourning Star is available on Android. We tested it on the Moto G200 and we tell you in this review how it feels to have the universe under your hand… Or your mace!

In a pun on the mace-like weapon known as the Morning Star, The Mourning Star introduces us to a universe in extinction. In it, an unknown and amnesiac figure named Of AH has the power to rebuild everything through a new big Bang, but with our help by using the only star left alive (hence “mourning”, which means sunset) as the aforementioned weapon. Black holes, meteorites, planets, constellations and a lot of chaos are part of this simulator that we tested in the Moto G200 and we detail you in this review!

For those who have used the Encarta Encyclopedia, maybe you remember the game that recreated what the changes in the orbits of planets or satellites would be like. Okay, The Mourning Star It has a certain reminiscence to that, since we control a star as if it were a club, to collide with planets, meteorites and more. This takes place within a scenario where there is a black hole in the center that absorbs whatever comes near it, to the point of making us lose if we position the star over it for a long time and if it loses a lot of energy by repeatedly passing over it.

The objective is to try to destroy everything that moves before it is ingested by the vortex, since each unit subtracts half a point of life from a total of three that we have. But this is not easy at all, since there are factors that influence, such as the trajectory, the speed and the kind of body that approaches. To give you an idea of ​​this last factor: common planets cannot collide because they cause damage, but if you pass close to them they burn and the gaseous planets explode with a large shock wave that destroys everything around them.

As you progress, new obstacles and additions appear to further complicate things. The good thing is that you can retry the levels as many times as you want to improve records or overcome those instances. Each stage is part of the well-known constellations that are unlocked progressively, each one with a shorter or longer duration based on its length (for example, Ursa Minor and Ursa Major have a very different number of screens).

Read:  We found an app with a virus in the Download Top

As a product of independent study Ben Russell Games, this simulator shows no weak points in its simplicity. In terms of gameplay, it offers different difficulties to choose from, even with the alternative of a story mode without gameplay. Invites you to try more than once, just by dragging your finger across the touch to hit with the star (if the screen is released, the action stops). From a certain moment, saving progress is enabled in case we want to try other paths.

In terms of design and graphics, it has colorful and fluid animations, only with 3D as the protagonist in textures of planets or meteorites, for example.

The Moto G200 feel as fast as a shooting star with your processor Qualcomm Snapdragon 888+ Octa core, due to its power and the low demand of the title. The 6.8-inch screen with Full HD resolution of 1080 x 2460 pixels and its 144hz refresh rate that ensures 144 FPS will be like a planetarium that allows you to appreciate the universe in detail, but you can connect it to the TV via cable ready for for even more inches (or light years…).

Battery LiPo 5000 mAh will not let your star go out, so you can reach that long-awaited new Big Bang after hours of entertainment.

This game weighs 171 MB and can be downloaded for free at play store and app store.

The Mourning Star is an interesting standalone product, ideal for casual gamers or for those free moments between activities. Although it is chaotic from its essence, it also invites you to think of strategies to achieve the best results in an increasingly challenging progression. The beautiful designs and the mysterious story, added to its easy controls, add more to the final impact. Are you ready to wield The Mourning Star?

This is how you do it