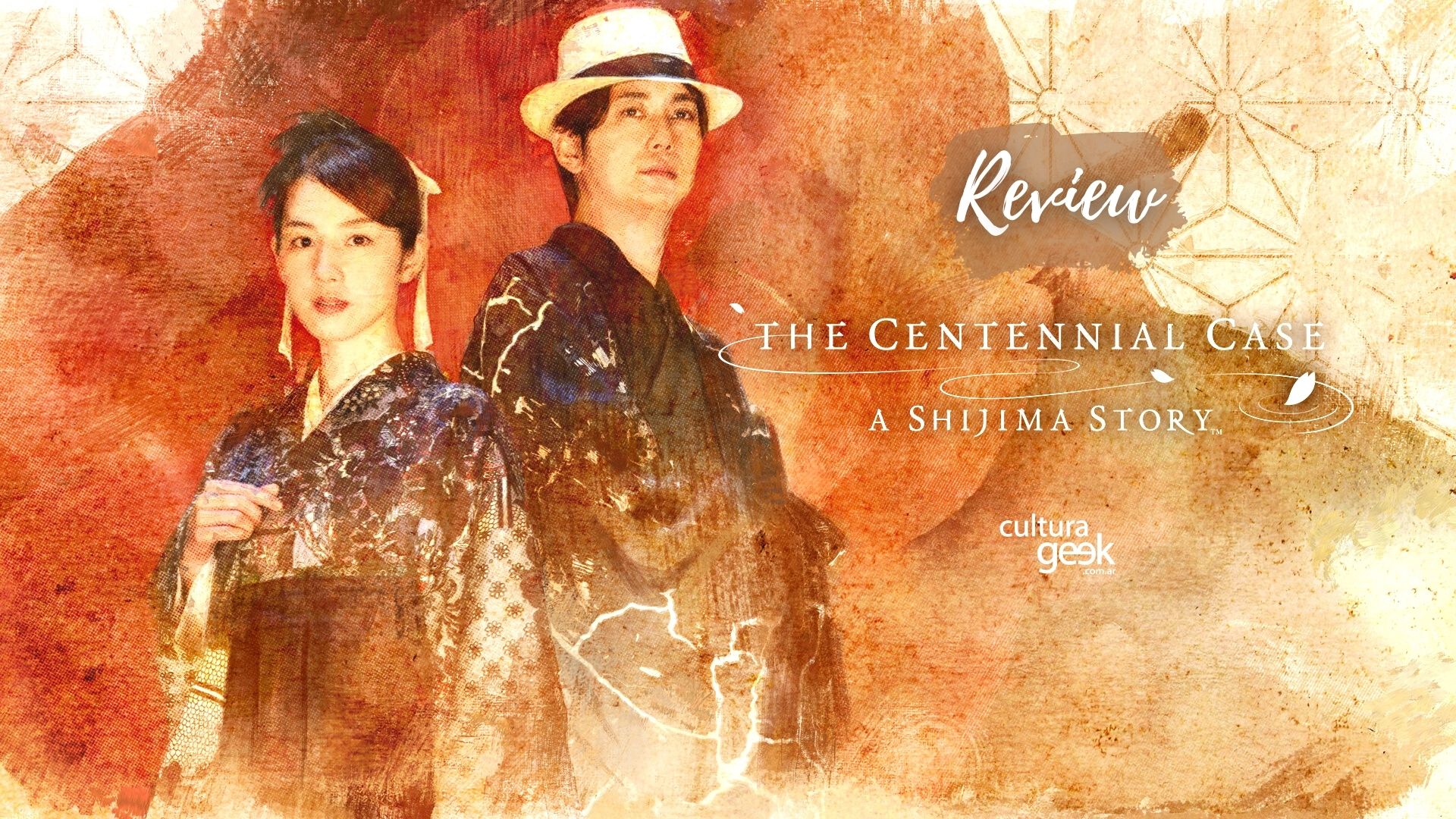 Index hide
1 The Centennial Case: A Shijima Story is the first live-action FMV game released by a triple-A publisher in a long time, and here’s what it’s all about. We tried it on PS5, here!
1.1 The technical aspect
1.2 In conclusion
2 Share it with whoever you want
3 Related Posts

The Centennial Case: A Shijima Story is the first live-action FMV game released by a triple-A publisher in a long time, and here’s what it’s all about. We tried it on PS5, here!

Back in 1992, an FMV (Full Motion Video) game for the Sega CD called Night Trap caused a terrifying stir for showing “filmed” scenes of girls at a party while some kind of vampire tried to kill them – or something like that. It was never very clear. The game was famous along with Mortal Kombat for being the one used by American politicians to show that gaming was a nest of sex and violence that had to be regulated, and these facts gave way to the ESRB saying how violent a game is. 30 years later, it is not that FMV games have ceased to exist, but they are a rarity, and it depends on how much you are interested in the history of gaming or how much you like to explore outside of “the popular”, The Centennial Case: A Shijima Story may not be like anything you’ve played before. We tested it on its PS5 version and we tell you in detail what you will find when you play it.

Let’s start at the beginning – FMV games aren’t “shooters” or “platformers” or anything like that, they don’t have first or third person, and you don’t control the characters directly. Full Motion Video (“Full Motion Video”) means that you are watching a movie or episodes of a series and that every now and then you have some kind of interaction. In the case of The Centennial Case, the funny thing is that the protagonist is a detective girl that we can make her answer things or notice details as we play, or create reasoning from a menu based on the clues so that the story advances. This is more of a visual novel, puzzle, and graphic adventure than a traditional video game.

The story in The Centennial Case: A Shijima Story goes like this – we have a mystery novelist with her editor, and one day an acquaintance from a wealthy family shows up. He tells her something like “Come with me to my house, we found an old skeleton and you know how to interpret things to explain to me what happened”. There are going to be several cases throughout different eras in an episodic way (like in the samurai era, early 1900s, and things like that) where you are going to learn more about the history of this family while you deduce what happened in each era.

Playing the game consists of watching a movie and noticing things that happen on the screen, or things that the characters say that will become clues. At the end of the sequence, you have to match clues with incidents to form hypotheses until you get something that proves what you mean.

The Centennial Case: A Shijima Story features several mysteries in each episode, all taking place in different eras, but all with the same format: Incident, Deduction, Solution. The actors are all Japanese, so we recommend putting the audio in Japanese with subtitles, but keep in mind that Japanese content is acted differently from Western content and if you do not have tolerance for this, you may not like the proposal. On the other hand, if you have experience looking dramas or other Japanese series, that is more or less the tone that is handled and there is absolutely nothing out of tune. Just keep in mind, it’s not that they wanted to do something like Parasite or Old Boy, this is more on the slice of life side with elements of mystery and fantasy.

Stop counting FPS! There is no game running in real time, this is a video you are watching. It’s well shot, it looks nice in high resolution and in 4K. In addition to the version we played on PS5, it can be obtained at switch, PS4 and PC.

The Centennial Case: A Shijima Story is a quite entertaining detective and mystery story, with a lot of charm and some other surprises, but if what you want is a more traditional video game where they count the points or allow you to touch buttons to double, over here it is not. Much of the online discussion around this game is focused on what others would like it to be rather than what it actually is – an interactive story where from time to time they allow you to participate. The game is ideal if you are one of those types of people who, when looking at something, say “Ah! Such and such was killed by such” and that later when it passes they say “Did you see?