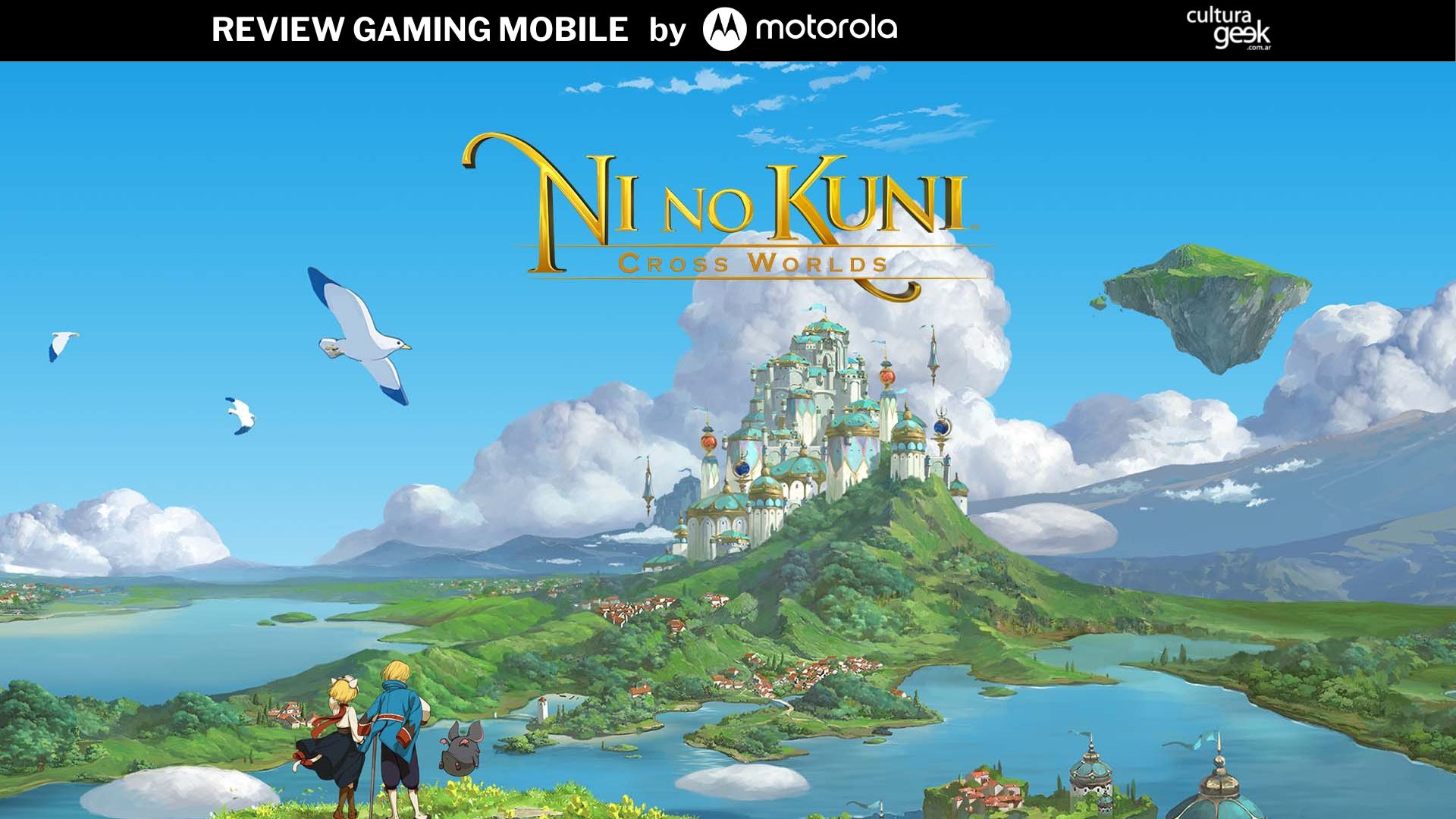 Index hide
1 Netmarble and Level-5 present Ni No Kuni: Cross Worlds, the saga’s addition to the world of MMORPGs and the blockchain. We tested it on the Moto Edge 30 Pro and we detail it in this review!
2 Share it with whoever you want
3 Related Posts

Netmarble and Level-5 present Ni No Kuni: Cross Worlds, the saga’s addition to the world of MMORPGs and the blockchain. We tested it on the Moto Edge 30 Pro and we detail it in this review!

Ni No Kuni: Cross Worlds came to Android from the hand of netmarble Y Level-5with animations by Studio Ghibli, as in the previous adventures of the saga. This time it is an incursion into the MMORPG world, with classes to choose from for our character, in addition to the inclusion of the blockchain through two types of cryptocurrencies. Many activities to do in a colorful universe full of endearing unique, although perhaps somewhat automated. The Moto Edge 30 Pro He lent himself to try this fantastic adventure and in this review we tell you everything!

play your own story

The plot begins after choosing the class of our protagonist and customizing their appearance to taste. In it, we embody a player who, through special machines from a futuristic world, is sent to a virtual reality known as Soul Diver. Raniaa holographic assistant, explains that in the universe of ni no kuni we can save the world or become the absolute ruler of an entire kingdom.

Then we are transported to a site destroyed by an invasion, but we find ourselves club, the creature that will be the co-protagonist and contribution of humor. He guides us to the helpless queen of the place, who is attacked by a mysterious villain in armor and throws us a Protection Stone. Before the enemy reaches to take the object, club it “eats” us next to the glass and moves us elsewhere to save us.
From there we begin our journey in this picturesque history.

A world of quests

The system of this title, like many other MMORPGs, is based on fulfilling missions that give us different characters. As we traverse the realm of Estivania and other locations, we will have main tasks that carry the thread of the plot, in addition to other quests to increase our reputation to advance. Also, there are some simpler ones in charge of the agency Express Errandswhich may involve knocking down monsters or getting hold of items, with rewards such as leveling up our avatar or getting various items.

These requests are not usually too complicated and there is even an option of automatic play when you touch the mission on the screen that you want to do with your finger (if the movement is repeated, it returns to manual mode).

Each with his own…

In terms of combat, the first thing to note are the available classes: the Swordsmanthe Scoundrel (archer), the engineer (with firearms or more support oriented), the witch and the Destroyer (the so famous tank). Each one has a specific set of skills, designed to fulfill a role within a group of players.

As for commands, on the left side of the touch screen are the movement controls, while on the right there is a button for basic attacks, one for jumping, one for dodging, five skills and three to alternate weapons in duels. Additionally, healing potions can be used that recharge.

The fights are in real time and can last as long as we want, since enemies appear constantly (we can return on foot or transport ourselves for a few coins). The power with which we will face each duel is based on combat points that increases as we achieve objectives or with our inventory.

Read:  You can already believe in angels, a cosplay of Angewomon from Digimon

luck as a weapon

To equip ourselves in the best way, beyond the different mission rewards, the tool comes into play gachapon. There we can get from weapons of better value or rarity (individual print runs with special tickets) to the so tender and peculiar unique. These creatures that appeared in Ni No Kuni: Wrath Of The White Witch they are acquired through the use of gems in individual rolls or batches of ten, with levels of rarity for each one that are based on chance and particular techniques of each one.

Both weapons and unique (These two have elemental properties that make them better or worse against certain opponents) or the armor can be improved through the use of consumables. And not least, each class carries only one type of weapon (for example, the Scoundrel has a bow, the Destroyer a hammer, etc…).
And the last component of the gacha are the outfits, to dress our protagonist as we want.

Between good and bad

As positive factors, this free to play has several. As in its predecessors, the style animations cell shading with designs of Studio Ghibli they are the best, as are the characteristic music and familiar creatures. From recent updates, it added game modes such as World Bosses; Field Chiefs; Kingdom creations to interact with friends, protect them in Defense mode, or fight others in Relic Wars; and the Labyrinth of Dreams (enemies levels up to a boss), among others.

Another seasoning that has been called into question is the incorporation of blockchainwith two cryptocurrencies, asterite Y Territe. They are obtained by exchanging objects for these and then they can be changed to another type of crypto in the wallet of netmarble. And developers promise to dabble in NFTs…
But perhaps the biggest downside is automation. Carrying out missions or fighting without lifting a finger takes the excitement and meaning out of the adventure.

How does it feel on the Moto Edge 30 Pro?

The Moto Edge 30 Pro with your processor Qualcomm SM8450 Snapdragon 8 Gen 1 built with 4nm technology and its 12GB LPDDR5 RAM will allow you to enjoy a fantastic experience, due to its power and beyond that the demand is high.
The OLED type screen with a size of 6.7 inches, a resolution of 1080 x 2400 pixels and a refresh rate of 144Hz allows you to see all the detail that is needed in terms of animations, cinematics and controls, although there is also the cable ready for to connect the device to the TV and play it as if it were a console.

the battery of LiPo 4800 mAh gives you the ideal autonomy to take turns in the different modes and even invest without running out of battery for a long time.

This MMORPG weighs 1.2 GB and can be downloaded for free at play store Y app store.

Ni No Kuni: Cross Worlds appeals to the most iconic of the saga, but with seasonings that transfer it to another style of game, with its MMORPG format of variety of activities and a not so attractive auto-play (unless you have others to do in the meantime). Fashion blockchain makes it possible to exhibit before a new public the beautiful designs of Studio Ghibli, endearing characters and creatures, as well as a story full of adventures. Are you ready to live your own reality in a new virtual universe?