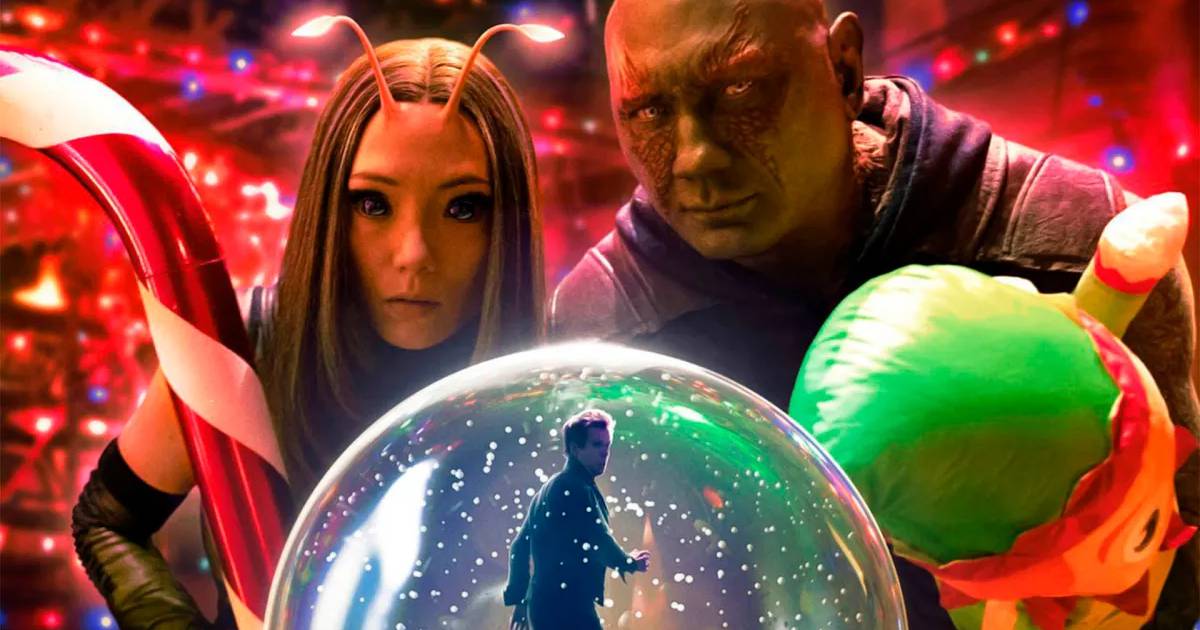 the saga of Guardians of the Galaxy Within the Marvel Cinematic Universe (MCU) it has been relatively erratic and even a bit irregular. We all agree that the first film by this group of unconventional heroes was one of the biggest and most unexpected surprises in the modern history of comic-to-film adaptations.

However, the second part and subsequent interventions by the group have been endearing moments, not as great as that first adventure and tainted by the turbulent situation in which James Gunn found himself caught up.

Many remember that moment of digital lynching that the director experienced and that led to the third film in the saga being seen in limbo.

Dave Bautista and the other cast members rallied to keep the film and the main ensemble alive.

Thanks to this, the essence of this production and the franchise remained relatively intact, until the return of James Gunn was announced, after a brief moment with DC and Warner, to finish his work on the MCU.

For this reason, many of us ended up somewhat disconcerted when we found out that the great return of this group of characters with their original director would be in the format of a Christmas special.

But once again James Gunn showed us that he is capable of surprising us. Even in the most unlikely of scenarios.

Guardians of the Galaxy: Holiday Special leaves everything ready for the third tape

The last time we had seen the Guardians was in a brief but even memorable scene from Thor: Love and Thunder. Before that, the stage for his third film after the resolution of Avengers: Endgame seemed more than ready to start counting.

Read:  Most anticipated movies of 2023 and what day they premiere

But the reality is that there was a gap there, an opportunity to delve deeper into the characters and establish some emotional ties that will surely be a factor in the climax of the next film.

The guardians special begins and develops following to the letter all the rules and conventions of this subgenre where it usually narrates a relatively encapsulated story around the theme of Christmas.

All the clichés you’d expect are here: animated segments, allusions to other Christmas classics, musical numbers, Christmas carols, and an innocent yet basic three-act structure where the finale is very emotional and full of heart.

James Gunn addresses each of these points admirably and ends up setting the stage for the chaos that must necessarily be faced at the end of the next film.

This special is perfect for this season.