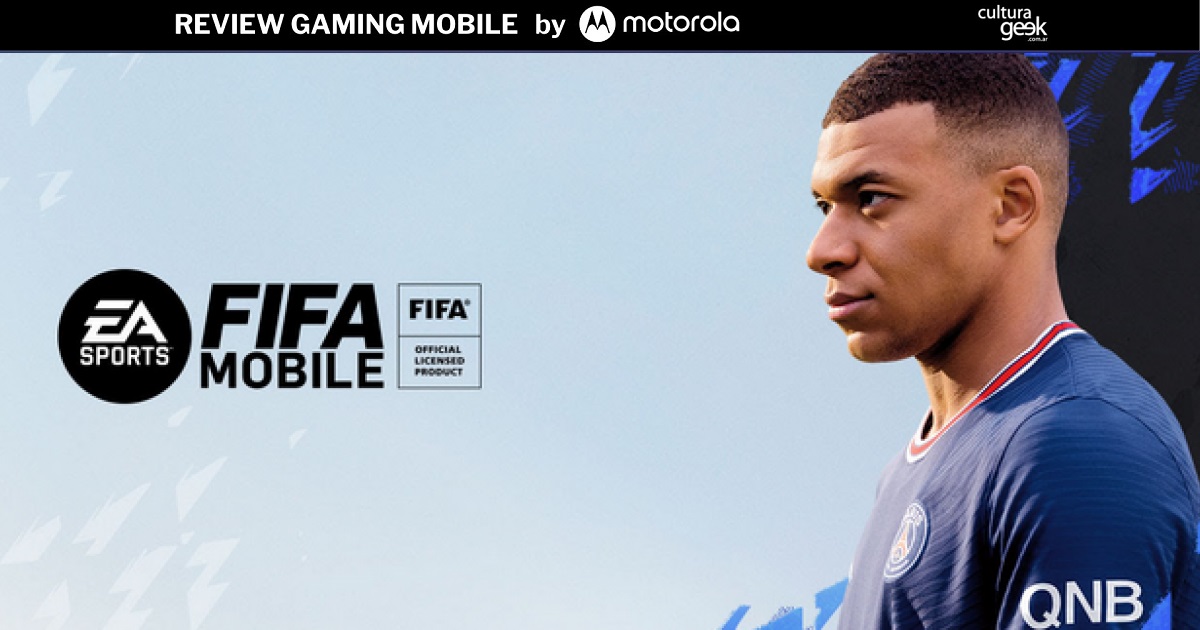 Share
Facebook Twitter LinkedIn Pinterest Email
Index hide
1 FIFA Mobile incorporated some novelties recently from the hand of Electronic Arts. In this review we tell you everything that it brings again and we review its most important features in the Moto Edge 30!
1.1 Step by Step
1.2 To be champion, today you have to win!…
1.3 The winning goal
1.4 How does it feel on the Moto Edge 30?
1.5 conclusion
2 Share it with whoever you want
3 Related Posts

FIFA Mobile incorporated some novelties recently from the hand of Electronic Arts. In this review we tell you everything that it brings again and we review its most important features in the Moto Edge 30!

Electronic Arts implemented a major update to the FIFA Mobilethe version free to play for smartphones from the popular soccer video game. With local teams and players in a wide range of figures, the title presents different game modes for all tastes. The new Technical Mode is attached to these, so that you feel like a Billard, Menotti either Scaloni… The Moto Edge 30 he put on his shirt and left everything on the pitch and we will tell you in this review if the experience is a goal from the angle!

After creating an account or profile, the game itself will assist us with images of the French Kylian Mbappe with instructive dialogues. The system is simple: play matches against artificial intelligence or other players to raise our level, unlock rewards, players and new game modes, climb the rankings and more attractive.

Little by little, we get to know the controls, in which there is a joystick to move around the field on the left side of the screen, while the different buttons with actions appear on the right. These can also have variants if after pressing we move in some direction without releasing or we press again (for example, if we try to make a pass we can raise it by dragging our finger up or when running we can use watermarks or dribbling if we touch again and move somewhere).

The duels are short, especially in the fights against the AI, which often start with time consumed and some goals against to increase the difficulty. Our UltimateTeam it is built as we get players and formations as a reward for leveling up, completing missions or spending coins on transfers (obviously the values ​​can be exorbitant for world cracks and their improved variants).

As the game progresses, the well-known factor of Chemistry, in which the statistics of the players who have some link with another, such as nationality or original club, are enhanced. Each member of the lineup can be improved by training him, with his consequent increase in stats and category (gold, elite, master, etc), by using other players of lesser value and some coins.

To be champion, today you have to win!…

As for the modalities in FIFA Mobile, we will have different options with variable difficulties and special themes. Regarding formats versus AI, the following stand out: league tour (skill challenges and encounters with daily rotation) and Icon Travel (more extensive than the previous one, without rotation and with a Legend – players already retired and historical – as a final reward). On the other hand, we will also have Daily Training (with various tests), Challenge mode (with certain requirements to participate that change every 24 hours) and others that arise from events.

Regarding the matter players against players, it has VS Attack, where only the attacking half of the court of our team is seen, with a defense not controlled by the opponent; Y Face to face, the classic PVP. On the other hand, now we will also have the new Trainer modewhere we embody the DT, by configuring strategies in real time while the match is played alone.

These FIFA Mobile game modes have their respective ranking or classification systems to climb. Additionally, duels can be held against our friends or participate in Suspenders against several players. Also, there are quests and a star pass (seasonal) to win interesting prizes.

to be a title free to play, FIFA Mobile delivers what it promises. Aside from some latency issues and the fact that the controls can be a bit awkward due to the proximity of the commands (sometimes they even disappear from the screen), the gameplay is good, with a wide spectrum of activities to do. Although it has a significant influence on the pay to win to buy packs of figures and hoard the best ones, you can enjoy the experience without spending money. And, as if that were not enough, there are also clubs and athletes from the Argentine league…

The graphics are very good and the resemblance of the most iconic soccer players is usually quite faithful. Music is always a strong point in every release of the franchise of Electronic Artsin this case with artists like joy crooces, feiertag, Jungle Y Sir Was. Also, this version mobile It has Spanish language in all its aspects.

How does it feel on the Moto Edge 30?

The Moto Edge 30 with your processor Qualcomm Snapdragon 778G+ 5G Built with 6nm technology, 8GB of RAM, and 128GB of internal storage, they’re going to come out on top and they’re going to throw a wrench in performance with their power, so you can entertain yourself without worrying. The 6.5-inch screen with OLED technology, HDR10+ and a 144Hz refresh rate gives us the necessary detail which VAR so you don’t get left off side and miss out on nothing.

Finally, its 4020 mAh battery guarantees enough autonomy so that you can consecrate yourself as the best and play several matches like a professional.

This adaptation for smartphones of today’s most popular soccer video game weighs in at 170 MB for an initial download, free of charge through play store Y app store.

FIFA Mobile is undoubtedly a strong workhorse for EA in the world of cell phones. For free (indirectly) it offers a large number of challenges to face, be it alone, online with strangers or with friends, with quite friendly controls. The cracks like Messi, Ronaldo, Mbappe YMaguire? (cuack) they are not lacking and now one can even put on the virtual suit and embody a technical director to give them orders. Are you ready to put on your shorts and hit the pitch?